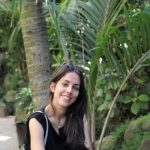 Mechanical forces are important for several biological processes, from development to cellular division, regulation of gene expression and organelle morphology. Most cellular mechanosensitive responses are at the level of the plasma membrane, in response to extracellular forces. However, recent studies also showed intracellular mechanosensitive responses.

The current technology to study mechanical forces includes atomic force microscopy, optical and magnetic tweezers, pipette aspiration and patterned substrates. Although these techniques contributed greatly to understanding the physiological importance of mechanoresponses, there are limitations, especially in the controlled targeting of intracellular organelles.

This preprint presents a new tool that is based on the mechanism of cellular infection of the pathogenic bacteria Listeria monocytogenes. After entering the host cell, Listeria exploits the host endogenous actin to move from one cell to another. Due to the expression of an actin nucleator protein in the posterior part of their surface, ActA, these bacteria induce directed actin polymerization, ultimately generating force that propels them across the cytosol.

Inspired by the Listeria infection mechanism, the authors developed a tool to study intracellular mechanical responses, which they named ActuAtor. A fluorescently labelled soluble and functional ActA fragment was fused with a dimerizing protein, FKBP. This construct is expressed in the cytosol. The other dimerizing protein, FRB, was fused with a signal sequence that led to its restricted expression in a specific organelle. Upon treatment with a chemical dimerizer, rapamycin, there is induction of dimerization of FKBP and FRB, which targets ActA to the organelle of interest, inducing local actin polymerization.

By expressing ActuAtor with FRB fused to a mitochondria targeting peptide, the authors observed ActuAtor accumulation in mitochondria upon rapamycin addition. This was followed by an increase in the signal of the F-actin marker LifeAct, indicating actin polymerization. Only 100 seconds after rapamycin treatment, mitochondria deformation was already evident. The morphological alterations did not occur in the presence of Latrunculin A, a drug that disrupts actin polymerization, showing that the morphological alterations in mitochondria are induced by actin. To ensure general applicability of the ActuAtor tool, the authors also tested different types of cells and were able to achieve mitochondrial deformation in all cell types tested.

The observed changes in mitochondria morphology did not have a great physiological impact, as was observed by the modest or inexistent changes when measuring ATP concentration, membrane potential and reactive oxygen species concentration. However, upon ActuAtor induction, mitochondria are fragmented and their physical connection is disrupted. Additionally, it was observed that ActuAtor led to a modest recruitment of a mitophagy marker, indicative of mitophagy induction. It is possible that the fragmented mitochondria are more susceptible to mitophagy.

ActuAtor was also applied successfully to other organelles – the Golgi complex, endoplasmic reticulum, the outer nuclear envelope, and stress granules – which shows the widespread applicability of the tool. Despite the promising results obtained with ActuAtor, chemically-induced dimerization has the limitation of irreversibility and low spatial control. To surpass this, the authors adapted ActuAtor to light-inducible dimerization. To this end, they created new mitochondria targeting ActuAtor constructs with a light sensitive peptide, iLID, and its binding partner, SspB. Using optogenetic ActuAtor, mitochondrial deformation was restricted to the area illuminated by blue-light and was not only completely recovered after 5 min, but could also be induced again by stimulating the same area. Thus, opto-ActuAtor allows for a high temporal and spatial resolution of actin polymerization organelle deformation.
Although with room for improvement, mainly related to the regulation of the amount of force generated and due to ActuAtor’s reliance on the actin cytoskeleton, this seems to be a highly promising new tool to study organelles’ response to mechanic stimuli.

I really enjoyed the way the authors adapted a well-known bacterial mechanism and used it to their advantage, in a conceptually simple manner. Besides, the possibility to adapt this tool for optogenetic regulation allows for a level of spatial and temporal control that is crucial when studying dynamic cell biology processes. I am looking forward to seeing this tool applied to understand how different organelles respond to intracellular forces and how their deformation affects cellular functions. Additionally, this tool could also be applied to study cellular processes dependent on actin polymerization.

Opto-ActuAtor allows for better spatial and temporal regulation than rapamycin responsive ActuAtor. Did you also apply Opto-ActuAtor successfully in other organelles besides mitochondria?

Do you believe that, upon optimization of experimental conditions, ActuAtor induced forces in the nuclear envelope could be sufficient to induce mechanic responsive alterations in gene expression?

Stress granules accumulate mRNA along with proteins. Do you believe that the mRNAs are released upon dispersion of the stress granules? Although there is a quite evident degree of dispersion, it varies with the targeted protein, and it seems that there is a dense core of protein still present even 25 min after ActuAtor induction. I wonder if a significant portion of the mRNAs could be kept within this core.