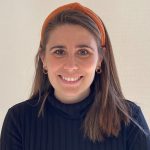 The adult mammalian heart presents a minor cardiomyocyte turnover that is, however, not sufficient to replace the millions of cells lost upon myocardial infarction (MI) injury (Bergmann et al., 2009; Mollova et al., 2013). The underlying cause of this is the postnatal withdrawal of cardiomyocytes from the cell cycle (Ali et al., 2020). Nevertheless, the mammalian heart does retain the capacity for regeneration during a short period after birth (Porrello et al., 2011). Neonatal murine cardiac regeneration relies on the proliferation of pre-existing cardiomyocytes with negligible contributions from any type of stem cell population (Porrello et al., 2013; Senyo et al., 2013). Therefore, the finding of pro-mitogen effectors to extend the regenerative temporal window into adulthood is the focus of many laboratories.

In this preprint, Ali et al. aim to identify non-cell-autonomous mechanisms driving cardiomyocyte mitosis by looking for secreted molecules that differ in expression between regenerating versus non-regenerating neonatal hearts subjected to MI.

Regenerating (postnatal day 1, P1) and non-regenerating hearts (P14) underwent MI injury (or sham intervention) and then microarray was performed. The authors focused their study on secreted proteins whose expression was upregulated upon injury in the regenerating heart. The candidate list was shortened by in situ hybridization to Igfbp3, which was the only transcript that recapitulated the microarray pattern and was expressed only in the area surrounding the injury, more precisely associated with endothelial cells. Interestingly, immunostaining of IGFBP3 revealed the presence of the protein in the injury zone instead, suggesting IFGBP3 synthesis and release from endothelial cells in the border zone and diffusion into the injury.

Next, Ali et al. used a global Igfbp3-/- mouse to assess the role of IGFBP3 in cardiomyocyte proliferation and regeneration (Figure 1). The lack of Igfbp3 had no baseline effects on cardiac development and function in adult mice. However, Igfbp3-/- mice presented diminished cardiomyocyte mitosis and cytokinesis, and a significant, although subtle, worsened post-MI cardiac function (Figure 1), suggesting the contribution of IGFBP3 to cardiomyocyte division and ultimately heart regeneration.

Data obtained with the Igfbp3-/- mouse suggest that IGFBP3 participates in the activation of the IGFR-1/ERK/AKT pathway in the regenerating heart upon injury. The authors found upregulation of the IGFBP3 protease PAPPA2 and curtailed expression of its inhibitor STC2 in the border and infarct zone of the regenerating heart, therefore suggesting that the PAPPA2/STC2/IGFBP3 axis coordinates the spatial release of IGF2 in the infarcted myocardium and activates myocyte proliferation via ERK/AKT pathway.

Nowadays, it is widely accepted that heart regeneration relies on the proliferation of surviving cardiomyocytes to replace the lost tissue without compromising heart function. Despite being the most prominent cell type, myocytes are not the only cells that make up the heart (Pinto et al., 2016). Endothelial cells constitute the majority of non-myocyte cells and are likely to play a greater role in physiological function and response to injury than previously appreciated. I am deeply fascinated by intercellular communication in the heart, with a special interest in the mechanisms underlying the regenerative capacity of the neonatal heart.

Ali et al. used microarray to identify IGFBP3 as an angiocrine produced by the regenerating heart, and combining loss- and gain-of-function models, the authors proposed an elegant mechanism of intercellular communication that led to myocyte proliferation. As a summary, endothelial IGFBP3 would guide the pro-mitotic IGF2 into the injured region and the protease PAPPA2 would fragment IGFBP3 yielding free IGF2. Thus, IGFP3 would act as a link with the IGF signaling pathway, known to play a pivotal role in heart regeneration.

Yes, we have these mice and we are conducting these studies. We chose the global KO initially given that expression does not seem to be restricted to endothelial cells based on scRNA seq data

The manuscript is currently under review, and the experiments you suggest are included!

See response to the previous point. An additional point is that we do see epicardial activation in these models and we are not sure whether this epicardial activation mediates the global proliferative response or not. There is certainly no paucity of epicardial factors that have been shown to impact cardiomyocyte proliferation, and any of them may play a role here. An important point to mention here is that when we injure the heart in these models we go through the epicardium (in either apical resection or LAD ligation). So it is unclear whether epicardial activation is because we injure the epicardium, or whether this would also happen if you for example have a classic plaque rupture inside a coronary as in case of myocardial infarctions in humans.

Good experiment. We haven’t tried that.

Another good point. No, we have not.