Fungal and human cells share a similar cell size control mechanism centred on the dilution of Rb protein during growth in G1 phase. This ensures cells commit to divide at an appropriate size. 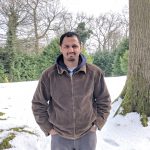 Background: growing up to divide

At the cellular level, one of the greatest evolutionary milestones was, perhaps, developing the ability to divide at a constant size. This requires that cells couple their growth rate with progression through the cell division cycle, ergo ensuring a homeostatic size state upon successive division rounds. The cell cycle consists of four phases, DNA replication (S phase) precedes mitosis which is temporally separated by two gap (G) phases: G1 and G2.

A major regulator of G1-to-S phase transition is the retinoblastoma (Rb) protein, which, when bound to E2F transcription factors, acts as a transcriptional repressor of genes required for DNA replication. Although there is huge heterogeneity between cell sizes of different organs and tissue, but any given cell-type follows a near-identical size upon division. Here, Zatulovskiy and colleagues investigate the mechanistic reason behind cell growth and cell cycle coupling which leads to cell size homeostasis.

Using CRISPR/Cas9 technology in a human cell line, the authors tag RB with two GFPs and a triple FLAG epitope at the C-terminus. Phase-specific Rb protein dynamics were then matched with the FUCCI cell cycle marker, and cell population at different phases were isolated using FACS to measure mRNA level. Rb transcript and protein concentration reduces during G1, and increases in G2 and is at intermediate level during S phase which is in contrast to other core cell cycle genes.

As cells grow during G1, Rb is diluted which presumably allow more E2F molecules to become free from Rb repression, thus triggering transcription of genes required for G1/S entry. There is an inverse relationship between starting nuclear volume and G1 duration but not with any other cell cycle phase. The fact inverse correlation is lost in the RB knockout line and the fact that RB overexpression leads to smaller cells; the authors, therefore, interpret that Rb functions as a size sensor.

How Rb protein is distributed equally in the dividing daughter cells.

I think it makes biological sense that Rb, being a master cell cycle regulator, acts as size measurement and thus ensures that a threshold concentration level is met before the entry to cycle is permitted. The authors mention an interesting mechanism through which a constant size could be obtained in a given cell population: chromosome-bound Rb would be distributed equally in the dividing daughter cells, thus when these daughter cells start to grow and cycle, the size reach at cytokinesis would be similar to the mother cell.

An identical mechanism was reported in budding yeast by the same group; although Rb is not conserved in yeast, its functional orthologue, Whi5, follows the same dilution model. It is interesting to note how fungal and human cells address a same fundamental problem of ensuring cell size homeostasis by applying dilution of a G1/S repressor. Although the discoveries in the preprint might not have come as a surprise, but they nicely show that research done in yeast or any other model organism is still translatable to human, and future funding should not dry out in these classic model systems.