Inflammation upon DNA damage: it takes two to tango! 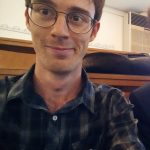 Background. DNA damage or problems during DNA replication or cell division can lead to the formation of micronuclei (MN), extra-nuclear compartments where damaged DNA ends up. The envelope of micronuclei is intrinsically unstable, due to defects in the nuclear lamina or nuclear pore complex proteins (Kwon et al. 2020). This MN fragility further promotes DNA damage, tumor progression and DNA release into the cytosol, with consequent activation of an inflammatory cascade. DNA exposed outside canonical compartments such as nuclei is rapidly sensed by the innate receptor cGAS, which in turn alert the cell about the on-going damage by producing inflammatory mediators.

MN envelope break down is currently thought to be the primary event leading to cGAS recruitment and activation inside MN. To date, MN stability is associated with the presence of structural factors such as Lamin A/C (Sepaniac et al. 2021) or the amount of DNA content (Mammel et al., 2021). To date, the only factor able to restrain cGAS activation upon MN break down is the DNAse TREX1, which actively degrades MN DNA (Mohr et al. 2021). But, you know, it takes two to tango…so, are there any other players that influence whether a MN will lead to cGAS recruitment and/or activation? What about the nature of damaging agents or MN composition?

1) cGAS has a different taste for MN according to the genotoxic agent
Prompted by these compelling questions, the authors of this preprint started asking whether different genotoxic insults generate different MN flavors. They used several stressors, such as ionizing radiation (IR), the base-alkylating agent methyl methanesulfonate (MMS), the RNA polymerase II inhibitor 5,6-dichloro-1-beta-ribo-furanosyl benzimidazole (DRB), and an siRNA-mediated knockdown of serine/arginine-rich splicing factor 1 (SRSF1), a pre-mRNA splicing protein. Treatments that gave the higher proportion of MN positive for the DNA damage marker γH2AX also scored higher for cGAS accumulation, suggesting that some intrinsic MN features might favor cGAS recruitment.

2) MN rupture is not sufficient for cGAS recruitment
The different treatments used did not differ in the probability of MN break up after acute stressor exposure. However, while in control cells, cGAS+ MN occurred in ≈ 60% of ruptured MN and in ≈ 30% of intact MN; treated cells showed varying degree of cGAS accumulation (figure 1). Particularly, MMS treatment showed the highest cGAS score both in intact and ruptured MN, whereas siSRF1 showed the lowest. This observation suggests that MN break up is not sufficient per se to allow cGAS to sense MN DNA, indicating the potential existence of other MN-intrinsic cGAS regulators.

3) MN with active chromatin are void of cGAS
One such regulator appears to be active chromatin. Treatments inducing acute transcription stress (i.e. siSRF1), generate a higher degree of active chromatin-containing MN, which inversely correlates with cGAS staining (figure 2). As a possible explanation the authors suggested that components of the transcriptional machinery might inhibit cGAS recruitment, but this interesting interplay will warrant further investigation.

4) cGAS binds to H3K79me2
Apart from chromatin conformation and the presence of physical impediment, other factors potentially involved in cGAS-MN tango can be found in the plethora of post-translational modifications occurring at the chromatin level. The authors used a library of chemical inhibitors, specifically designed to target chromatin readers, writers, and erasers. The top hit of the screening was the methyltransferase DOT1L, the only one known to be responsible for di-methylation of lysine 79 on histone 3 (H3K79me2). Inhibiting DOT1L significatively blunted cGAS recruitment to MN. Adding another line of evidence in this direction, cGAS was also found to immunoprecipitated with H3K79me2.

5) Epigenetic targeting of MN chromatin can be used to modulate MN-driven inflammation
Given the impact of cGAS-directed MN-DNA recognition of the inflammatory phenotype of the cell, the author validated the possibility of modulating production of interferon responsive genes (ISGs) by leveraging the notions gained throughout the work. Indeed, DOT1L inhibition ameliorated the inflammatory phenotype in irradiated cells. cGAS knock-out or treatment with CDK1 inhibitor (to block mitosis and therefore MN production) impaired ISGs production, confirming the importance of cGAS-MN tango to produce an inflammatory phenotype. DOT1L inhibition underscored the importance of chromatin status in dictating cGAS activation and add another piece of complexity in the exciting field of cGAS biology.

The question addressed by the authors is not trivial and the experiments described in the preprint were clearly and rigorously planned. I like the attempt to dissect the molecular players that regulate the fate of MN and whether MN will become highly immunogenic for cGAS or not. I appreciate how the authors were able to perform clever experiments and discuss them using clear language, even though the topic is not actually so easy to understand for people outside the “DNA damage field” of research.