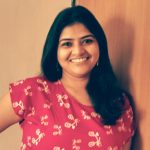 Cell matrix adhesion via integrins is crucial for perceiving biophysical properties of the extracellular environment, and results in eliciting a series of signaling events that are jointly referred to as mechanotransduction. Structurally, integrins contain an ectodomain (mediates ligand binding), a transmembrane domain, and a short cytoplasmic tail, which indirectly associates with the cytoskeleton (1). Several adaptor proteins bring about the indirect interaction between integrins with the cytoskeleton, and amongst them “talin” and “kindlin” have been shown to be indispensable for integrin activation (2,3). Heterotrimeric G-proteins are activated in cells (i) classically by G protein-coupled receptors (GPCRs), and (ii) by cytoplasmic non-receptor proteins consisting of conserved sequence Gα-binding and the activating (GBA) motif, which confers guanine nucleotide exchange factor (GEF) activity in vitro and promotes G protein-dependent signaling in cells (4). Till date, the GBA motif has been identified in 4 mammalian proteins: GIV (Gα-interacting vesicle-associated protein, also known as Girdin), DAPLE, Calnuc, and NUCB2 (4). Classically, these two receptor classes (integrins and GPCR) have been known to trigger distinct and independent signaling events in response to extracellular cues. However, Leyme et al. recently reported a novel mechanism whereby GIV (which is a guanine nucleotide exchange factor) enhances integrin-dependent signaling upon extracellular matrix stimulation, suggesting these receptor classes could be rewired and converge during metastasis (5). Mechanistically, integrin’s transmembrane helix undergoes conformational changes during talin-mediated integrin activation (6). Whereas kindlin cannot directly alter integrin’s conformation, it instead acts cooperatively with talin and enhances integrin activation. Further insights reveal that integrin activation is brought about by fine-tuning of talin and kindlin affinity for integrins. Several studies provide evidence for regulators that could fine-tune talin’s affinity for integrin. For Kindlin, several interacting partners ( Rac1, Arp2/3, which aid in FAK activation,) are known. However, how Kindlin’s affinity for integrin are fine-tuned, and whether it increases integrin activation and clustering remains unanswered.

In previous studies GIV and integrin co-immuno-precipitated in cells, but recombinant GIV failed to interact with the cytoplasmic tail of integrin in vitro, this interaction hence was assumed to be indirect(8). The authors in this study have investigated the molecular details of GIV binding to the  b1-integrin cytoplasmic tail.

Key findings of this preprint:

The authors in this study convincingly demonstrate the molecular interactio between GIV, kindlin-2 (K2) and b1-integrin. This is the first report where integrin adaptor proteins, GIV and K2, are shown to directly bind each other, both as tagged recombinant proteins in vitro, and also full-length endogenous proteins in cells.

The authors further show that GIV’s C-terminus binds to the FERM3-PTB domain of kindlin-2 via a non-canonical short linear motif (PGxF, conserved in higher mammals). This interaction (GIV & K2) is different from b1-integrin and K2/talin, which occurs via conserved canonical motifs NPxY (on the cytoplasmic tail of b1-integrin). Furthermore, GIV, when bound to kindlin-2, is recruited to ligand-activated b1-integrin, which further allosterically enhances kindlin-2 affinity for b1-integrin, and enhances the formation of  a “kindlin-2” + “b1-integrin” complex at focal adhesions.

GIV•K2 interaction could be observed at the earliest upstream events, in nascent adhesion (enhanced recruitment of K2 to active b1-integrin, the formation of GIV•K2• b1-integrin complexes, integrin clustering, and activation). This is followed by implications in mature FA events (number and size of FA, phosphoactivation of MLC, Akt and FAK and the activation of a feed-forward loop). GIV•K2 interaction is also found to be necessary for cell spreading and invasion of breast cancer cells.

Further, analysis on 572 patients’ samples (sub-grouped for high or low expression for GIIV, K2 and, integrin) provides evidence that high expression of GIV and K2 and their synergistic interaction correlates with poor prognosis in breast cancer patients.

Importance of the Study:

This study demonstrates a comprehensive molecular mechanism of early events during integrin activation (adjustment of K2 affinity towards integrin by GIV) and subsequent clustering and activation within nascent and mature FAs.