How to divide the aorta and the pulmonary artery? 3D microscopy and single-cell analyses help to explain the role of BMP and neural crest cells as the keys to outflow tract septation in mammals. 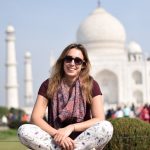 The mammalian outflow tract (OFT) is a transient embryonic structure that gives rise to the roots of the aorta and the pulmonary artery and plays a crucial role in adjusting the pressure of blood coming from the heart. It is composed of several cell types, such as the second heart field (SHF) mesodermal cells, endothelial cells (EC), and cardiac neural crest cells (cNCC). Their cross-talk is essential to form the correct structure of the OFT (1). Among the several cell types involved, the cNCC are known to play a predominant role in OFT development. Due to their invasion of the cardiac cushion and the rupture of the endocardium, they are eventually responsible for the formation of the septum that divides the two arteries (2).

The BMP pathway consists of different secreted cytokines and transmembrane receptors that are able to phosphorylate intracellular transcription factors (Smads). In mouse, different loss-of-function mutations of BMP-related genes lead to failure in OFT septation (3). Nevertheless, the molecular mechanism with which BMP is regulating the division of the arteries has not been fully understood.

Darrigrand et al in this study show an alternative approach to study the role of BMP in cNCC, taking advantage of the tissue-specific mutation of a perinuclear phosphatase, Dullard. This protein is able to dephosphorylate Smad1/5/8, leading to a down-regulation of the downstream transcriptional cascade (4). Mice carrying Dullard mutation under the control of Pax3 or Wnt1 promoters (early cNCC markers) show an upregulation of BMP signaling and a severe acceleration of the OFT septation.

The authors, in order to characterize the activation of BMP in the OFT, show a gradient of phosphorylated (thus, active) Smad1/5/8 decreasing towards the distal end of the OFT axis. Interestingly, Dullard deletion in the cNCC does not prevent the persistence of this gradient, although it increases the phosphorylation of Smad1/5/8 along the OFT wall, as expected.  Given the homogeneous expression of the ligands along all the myocardium, Darrigrand and colleagues speculate the presence of a fine-tuned intracellular inhibition of the signaling rather than a gradient of the ligands.

Despite the smaller diameter of the OFT in Dullardfl/fl embryos, no difference in cNCC number was observed, suggesting higher compaction of these cells. Indeed the authors observed an increased condensation of cNCC close to the endocardium, compared to the wild types.

Subsequently, Darrigrand and colleagues performed a detailed morphological analysis of the OFT of wild-type and mutant embryos taking advantage of light-sheet microscopy (Fig. 1 A, B). Thanks to this 3D rendering, they could observe an obstruction of the pulmonary artery (Fig. 1B) in the mutants, probably the cause of death of these embryos after E12.5 due to impaired blood dynamics.

Furthermore, in order to perform an unbiased search for candidate genes responsible for this premature septation of the OFT, the authors performed a single cell RT-PCR for 44 genes involved in epithelial-to-mesenchymal transition (EMT) on sorted cNCC and EC from the OFT (Fig 1, C). An unsupervised hierarchical clustering highlighted 6 populations and showed that mutant cells properly maintain their endocardial and epicardial fate, while they segregate in distinct subpopulations of cNCCs.  In fact, almost no mutant cells were found in the population characterized by a high expression of mature SMC markers (Myh11, Acta2). Conversely, Dullardfl/fl cells were enriched in the two populations with low expression of mesenchymal genes (Snai2, Twist1) and high expression of epithelial markers (Cdh5). This shows that Dullard deletion affects the transcriptome of cNCC, shifting their fate more to an epithelial-like state, in line with their increased condensation.

Among the genes highly expressed in mutant cells, a remarkable one was Sema3c, a gene involved in cell migration and convergence (5). This result was confirmed by in situ hybridizations, showing a gradient along the OFT very similar to the BMP activity and colocalizing with areas of high cNCC compaction.

The embryonic development of the OFT has been understudied for many years. This structure, in fact, being at the transition between the ventricle and a big artery, stayed for years in the shadow even though defects in its development give rise to 30% of congenital heart diseases.

In addition, I appreciate that the authors wanted to shed light on a pathway like the BMP that is involved in many different processes during cardiac development. This pathway, due to its context- and tissue-dependency, hasn’t been fully understood yet and many more in vivo studies are required to fully characterize its important roles.

Moreover, I like how the authors took advantage of 3D imaging techniques together with a preliminary analysis of single-cell transcriptomics. Given the many cell types necessary for the correct development of the OFT, this in vivo analyses fills an important gap in our understanding about how the OFT is formed.