Article now published in Genome Biology and Evolution at http://dx.doi.org/10.1093/gbe/evab181

The presence of an overdominant mutation restricts the adaptive loss of heterozygosity of another mutation in close genomic proximity, leading to more divergent evolutionary outcomes 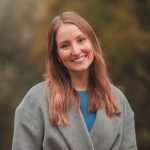 Experimental evolution is a powerful tool to study the mechanisms underlying microbial adaptation to new environments or stressful conditions. Loss of heterozygosity (LOH) caused by mitotic recombination can be a major driver of adaptation, especially during the asexual propagation of highly heterozygous diploid yeast cells. The likelihood that a beneficial LOH event will be fixed in an evolving population will depend on the degree of dominance of the affected allele. Beneficial alleles with a low degree of dominance (recessive) will be less likely to fix when compared to those with a high degree of dominance. In the spectra of dominance, a mutation can be considered overdominant, if the heterozygous state is more fit than either homozygous genotype, and underdominant when the opposite is true. An adaptive mutation can also be partially dominant when the heterozygous state is already advantageous, but less than its homozygous form. However, the impact and constraints imposed by different degrees of dominance on diploid genome evolution remain poorly understood.

In this preprint, Fisher and colleagues used S. cerevisiae to experimentally investigate the evolutionary fate of two adaptive heterozygous mutations affecting genes located in the same arm of chromosome XV: STE4 and WHI2. The authors first show that the ste4 mutation is overdominant, meaning that a LOH event has a fitness cost for the cells, whereas the whi2 mutation is partially dominant, therefore leading to a fitness increase upon LOH. As mitotic recombination can lead to LOH across long fragments of a chromosome arm, an event affecting both the STE4 and WHI2 loci will theoretically be associated with two opposed effects on cellular fitness. To gain a better understanding of how this conflict would impact the evolutionary trajectory of evolving populations, the authors designed three different strains, differing only in the right arm of one of the two chromosomes XV: a control strain with wild type STE4 and WHI2; a strain with wild type STE4 and mutated whi2 (referred by the authors as unlinked strain), and a third strain with both ste4 and whi2 mutations (referred by the authors as linked strain, Fig.1, B).

Fisher and colleagues hypothesized that due to the proximity of WHI2 and STE4 alleles on chromosome XV, the overdominant mutation ste4 would reduce the likelihood of the adaptive LOH event affecting whi2. To test this hypothesis, they evolved 96 replicate populations of the three different strains for a thousand generations, measuring LOH events through the loss of markers of resistance (Fig. 1B). The authors observed that adaptation by LOH on chromosome XV was delayed by hundreds of generations in the linked populations (having both dominant mutations) when compared with the unlinked (only carrying the partially dominant whi2 mutation). Theoretically, the fitness associated with a LOH event affecting both whi2 and ste4 is calculated as the additive effect of the fitness conferred by the two homozygous mutations. Since the fitness cost of a homozygous ste4 is larger than the fitness benefit of a homozygous whi2, one would expect the LOH to be slightly deleterious and therefore to never be selected in evolving populations. However, the authors found that LOH events affecting both WHI2 and STE4 are only delayed, and not prevented, compared to strains without a proximal overdominant ste4 mutation.

In an attempt to understand these results, the authors tested several hypotheses that would explain the fixation of LOH affecting whi2 and ste4 in the evolved populations: i) a recombination event encompassing only the chromosomal segment affecting whi2 and thus leaving ste4 heterozygous ii) subsequent adaptive mutations in the same chromosome arm increasing the net fitness associated with a large LOH or iii) other adaptive mutations in distant genomic locations altering the fitness effects of whi2 and ste4.

Figure 2. (B) Genes identified as having more mutations than those expected by chance alone in the three genotypes. (C) Jaccard index distribution of the linked populations presents a significant shift compared with the unlinked populations. Adapted from figure 3.

Interestingly, careful analysis of the sequenced genomes supported none of the hypotheses mentioned above but highlighted that linked populations carrying both ste4 and whi2 mutations presented less parallelism at the gene level, suggesting more divergent evolutionary outcomes (Fig. 2). Altogether, the work from Fisher and colleagues reports a practical case where an overdominant mutation can alter the evolutionary outcomes of diploids cells’ adaptation.

Why did I choose this paper: This preprint represents an important contribution to my field of interest focusing on the yet experimentally unexplored role of overdominance during adaptive evolution. The authors show that the evolutionary trajectory of a diploid population can be influenced by the dominance degree and genomic proximity of adaptive mutations. In my opinion, an interesting aspect of this work is that it emphasizes how the outcome of a complex evolutionary process cannot always be fully predicted by theory. In this particular case, how a theoretically detrimental LOH event gets eventually selected in many populations. In addition, the authors report an increased genetic divergence across populations which fix such LOH event, providing an interesting observation which will inspire further studies.

Did you rule out possible epistatic interactions between whi2 and ste4 mutations in homozygosity which could make the net fitness of a LOH event slightly positive?

We did not explicitly test for genetic interactions between whi2 and ste4 homozygous mutations. Though we assume additivity, we believe this is a safe assumption. WHI2 and STE4 are not known to interact physically or genetically, and the likelihood that two functionally unrelated mutations will interact is low. In previous work we tested for (but did not find) statistical overrepresentation of heterozygous whi2 and ste4 mutations (Fisher et al. Philosophical Transactions of the Royal Society B 2019).

Do you think a correlation could exist between the delay in the fixation of LOH event and the observed genetic divergency?

There is a correlation between the number of generations it took for whi2 LOH to sweep and the total number of mutations fixed in a population – those with a quicker sweep had fewer fixed mutations. This is, of course, to be expected given that an early hard sweep will purge most variation from the population. There may be a similar correlation between the delay of LOH fixation and the number of unique fixed mutations; however, the relationship is unlikely to be causal and is almost certainly an artifact of the increased diversity. We also find increased divergence when examining all mutations accrued in each population, not just those that were fixed.

Why did you choose the whi2 mutation and not the adaptive mutations in SFL1 and PDR5 that were located in the same loci and also benefited from a LOH event? Could you speculate, based on the results you obtained with whi2, if the outcome would be the same with these two mutations?

We chose whi2 because it is common target of selection across evolution experiments of both ploidies and was frequently found in the same background as mutant ste4 alleles in evolved autodiploid populations. This told us that these mutations do occur in the same lineage. These data also showed no evidence of whi2 LOH after ste4 alleles arise in multiple populations. The frequency with which the two mutations were found in the same background allowed us to generate a well-supported prediction. We expect that our results would remain the same (reduced rate of adaptive LOH when linked to a heterozygous overdominant ste4 mutation) if we had chosen SFL1 or PDR5. In fact, SFL1 and PDR5 are physically closer to STE4, which would further reduce the likelihood of a LOH event that terminated prior to the STE4 locus.