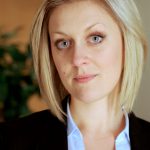 Proteins are the building blocks of a living cell, and also responsible for carrying out all essential processes to ensure survival. Therefore, cells have evolved an intricate system to make sure that all proteins are properly produced, folded and maintained – thereby ensuring protein homeostasis, or “proteostasis”1. A faulty protein will lose its native structure and can be degraded, either by the ubiquitin-proteasome-system (UPS) or by lysosome-dependent autophagy, or rescued and refolded with the help of cellular chaperones to regain its original structure and function. If misfolded proteins are not resolved and begin to accumulate, they begin to coalesce and form larger insoluble aggregates. This process has been shown to be partly protective by spatially limiting potentially dangerous interactions of misfolded proteins2, but in the long-term this becomes detrimental as aggregates clog up the system.

The balance of proteostasis could be disrupted by intracellular or environmental factors that inhibit the capacity of the UPS to degrade proteins (proteolytic stress) and factors that increase protein misfolding (folding stress). A major regulator of proteasome activity in yeast is the transcription factor Rpn43. Upon proteotoxic stress, cells can increase proteolytic capacity by increasing transcriptional activity of Rpn4 which increases the expression of proteasomal genes by the so-called proteasome stress response (PSR).

In this preprint, the authors seek to investigate the how the cell responds to folding versus proteolytic stress to protects its proteome, how important the PSR is for different types of stress, and how different modes of responses might help cells adapt.

Figure 1; Model for how the UPS system can be modulated by the PSR. (Left) Proteolytic stressors increase the levels of proteasome substrates, including Rpn4 which activates PSR.  (Right) Folding stress induces aggregation, which sequesters chaperones and activates the heatshock response via Hsf1. Hsf1 upregulates transcription of RPN4, leading to PSR activation. Reproduced from figure 6D of the preprint, made available under a CC-BY 4.0 International license.

Proteostasis has been shown to be disrupted in several types of cancers and neurodegenerative diseases such as Alzheimer’s, Parkinson’s and Huntington’s disease. The disruption can come from either a congenital mutation, leading to expression of a faulty protein, or by a decline in the proteolytic and refolding capacity of the cell, induced by aging or environmental changes. Understanding how the cellular proteostasis system works is beneficial for us to understand what goes wrong, and how to potentially intervene in the context of disease. In this work, the authors highlight a diversity in the cellular response to different kinds of stress, indicating that the response to adapt and maintain proper protein degradation could be adapted for different substrates.