With and without you: insights on how GATA6 and NANOG regulate ICM differentiation towards epiblast or primitive endoderm 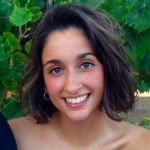 At very early stages of development, the mammalian embryo undergoes a series of changes that initially define the extraembryonic and embryonic tissues. In the preimplantation blastocyst, the trophectoderm encapsulates the pluripotent inner cell mass (ICM), source of the epiblast (Epi) and primitive endoderm (PrE). These embryonic layers are defined by the expression of either NANOG (Epi) or GATA6 (PrE). However, at initial stages, ICM precursors co-express both transcription factors (TFs), remaining in a plastic and reversible state susceptible to changes in the proportion of each of the two initial identities. Just before blastocyst implantation, this undefined state culminates in fate choice and commitment: PrE cells expressing Gata6 end up forming an epithelial layer that surrounds the Epi cells, expressing Nanog [1].

The molecular mechanisms that dictate when and how ICM cells irreversibly adopt a specific identity are yet not fully understood. The processes by which co-expression of divergent cell fate markers leads to further commitment still need to be characterized. Different in vitro culture systems can help in the study of this particular process: on the one hand, embryonic stem cells (ES) have been widely used as a simplified in vitro model of the Epi identity; on the other hand, extra-embryonic endoderm cells (XEN) have been used as a model of the PrE fate. However, these last ones do not exactly model the very early PrE and lack information about the transition towards these two divergent fates and subsequent specification. To overcome this limitation, systems based in the ectopic expression of PrE markers in ES cells mimic the specification process of the ICM precursors and has helped in the identification of targets, transcriptional networks and molecular mechanisms dictating this transition [2].

In this preprint, the authors induce the ectopic expression of a GATA6 transgene in ESC, modelling in vitro the transition from Nanog and Gata6 co-expression towards irreversible commitment into PrE. In this context, the application of different genomic techniques (ChIP-Seq, CUT&RUN, ATAC-Seq) at different time points of this differentiation system sheds some light into the transcriptional network and transcription factor binding dynamics orchestrated by GATA6, proving the potential of an in vitro model that recreates the transition towards committed PrE precursors.

To interrogate how GATA6 and NANOG co-expression turns into specified PrE fate commitment, the authors employ a doxycycline inducible GATA6 expression system in mouse ESC (mESC) cultured for 96 hours. To validate the approach, they obtained bulk RNA-Seq data at different time points after GATA6 induction and compared it to publicly available scRNA-Seq datasets of E3.5 and E4 blastocysts. PCA and transcriptome analysis confirmed the transition from identities resembling ICM and Epiblast towards PrE committed fate by 48 hours. To study how this affects chromatin accessibility, ATAC-Seq was performed, showing that chromatin reorganization starts soon (2h) after GATA6 induction. This window of time is clue to understand the role of GATA6 in inducing PrE while repressing Epi fate. ATAC-Seq peaks were classified as Epi o PrE cis-regulatory elements (CREs) based on its proximity to the closest TSS of genes expressed in each of these alternative identities. All these data showed that GATA6 induction led to chromatin accessibility changes and further PrE fate commitment.

A closer examination of the transcriptome dynamics revealed that, as soon as 2 hours after GATA6 induction, there was evidence of its own autoregulation, with endogenous GATA6 expression levels resembling the ones of the doxycycline-responsive transgene. Also GATA4, SOX17 and other GATA6 direct targets were induced. To understand how this transcriptional cascade translated into TF binding and epigenetic changes, CUT&RUN of GATA6 was performed, together with CUT&TAG of different histone modifications associated with either active or repressive states.

(i) early binding at regions accessible before GATA6 binding

Interestingly, a proportion of these binding sites were associated to PrE CREs which also present histone marks of active transcription. This indicates that GATA6 marks for activation leading to transcription of PrE genes. Nucleosomal ATAC signal analysis confirmed that, similar to other GATA family members, GATA6 acts as a pioneer TF activating the PrE transcriptional program.

Inactivation of Epi CREs is preceded by transient GATA6 binding

Digging into the role of GATA6 as a repressor of the Epi fate, the authors analysed GATA6, NANOG and SOX2 binding at Epi CREs finding that GATA6 binding at these sites was more extensive than initially thought, binding close to the promoter of Epi identity genes but also to its CREs. Interestingly, these Epi and NANOG bound sites are transiently bound by GATA6 until 8h after its induction, and Epi TF are displaced of these sites before its inactivation and loss of active histone marks. In addition, the authors analysed the binding affinity and density of GATA6 motifs present at those CREs, hypothesizing that the reason of this transient binding may be due to a lower density of GATA6 binding sites with reduced binding affinity in comparison to the ones present in PrE CREs.

By analysing NANOG and SOX2 binding at GATA6 bound sites (PrE specific sites), the authors observed that the eviction of NANOG and SOX2 from Epi specific CREs was coupled to the presence of these factors in GATA6 bound CREs of PrE specific genes. Again, they checked binding sites of pluripotency factors in PrE sites, confirming that they are less abundant than in PrE genes. With this data, the authors conclude that GATA6 and NANOG could regulate common CREs which may allow them to control lineage specification in a more flexible and robust manner.

As an in vivo validation of some of their findings, CUT&RUN for GATA6 in early blastocysts confirmed that GATA6 peaks are also present in Epi and PrE sites.

To investigate whether the dynamic TF redistribution was associated to chromatin 3D remodelling, the authors performed Capture-C in undifferentiated (0h) vs differentiated (48h) ES cells. There were no big changes in compartmentalization, and most small changes were related to increasing contacts between PrE CREs and its target genes upon GATA6 induction together with decreasing contacts between Epi CREs and its target genes.

In vitro modelling of ICM differentiation into PrE identity shows that:

Based on the in vitro model used in the study, the authors propose that GATA6 and NANOG interplay regulating both Epi and PrE specific CREs before switching to a mutually repressive context. They highlight that one important layer of regulation of this differentiation towards one or other identity resides in the density and strength of the binding motifs for either GATA6 or pluripotency TFs present in each type of regulatory elements: PrE regulatory elements present strong and abundant GATA6 binding motifs together with weaker and scarcer puripotency TFs binding sites. This specific distribution would favor the election of PrE fate in cells with higher GATA6 expression levels.

This article was on my list of preprints for summer, as part of a search for inspiration on how to interrogate my own data and to hypothesize how my own experimental observations could fit in their findings. The work by Joyce J. Thompson and colleagues is a first and solid step into further experimental validation. This preprint is a great example of how ESC-based differentiation systems offer a potential tool to unravel transcriptional mechanisms in a simplified in vitro context that can further be validated in vivo. Indeed, some of their observations in ESC are consistent in blastocysts, leaving a space open for further in vivo experiments. As stated in my bio, I am a big fan of ESC, but after checking this preLights post, aren’t you?

NANOG and SOX2 are known to be potent transcriptional activators. But, as you mention, we too considered the possibility that NANOG and SOX2 are recruited to PrE specific CREs for repression of the PrE program. However, based on the timeframe (2h) within which redirection of these factors occurs in our in vitro differentiation system, we also consider that NANOG and SOX2 might aid GATA6 in quick activation of the PrE network. This notion is supported by recent observations from single-cell studies which suggest that shared transcriptional modules drive multifurcation of cell-types arising from a common progenitor. Moreover, we see GATA6 bound at Epi- and PrE-CREs in early blastocysts, wherein all ICM cells are known to be pluripotent, and co-express GATA6 and NANOG. This observation further supports our hypothesis that GATA6 and NANOG cobind Epi and PrE CREs to maintain them in an active or poised state enabling adaptation into either the Epi or PrE fate. In the future, we plan to test this model using a combination of in vitro and in vivo approaches.

This is a very interesting and relevant avenue. So far, we do not have any evidence of GATA6-interating chromatin remodellers or histone modifiers. However, these can easily be identified by approaches like BioID and RIME performed during GATA6-induced in vitro PrE differentiation. We are definitely keen on identifying not just histone modifiers aiding GATA6 in activating PrE CREs, but also histone complexes involved in repressing Epi CREs. We are particularly interested in understanding if GATA6 recruits histone deacetylases at Epi CREs to decommission them, or if displacing NANOG and SOX2 from these sites is the primary mechanism responsible for deactivating Epi CREs to promote PrE lineage commitment.