Take me to the tip- localized translation of ribosomal proteins at cell protrusions governs cancer metastasis. 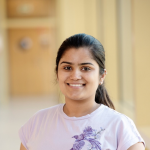 Ribosome is a complex molecular machinery composed of several ribosomal RNAs (rRNAs) and ribosomal proteins (RPs) which is responsible for the translation of mRNAs into proteins. In healthy cells, ribosome biogenesis is carefully orchestrated and its upregulation has now emerged as a major hallmark of cancer, wherein enhanced protein synthesis is necessary to maintain proliferation of cancerous cells. Epithelial-mesenchymal transition (EMT) is a process wherein cells undergo cellular and morphological changes to promote cancer cell metastasis and invasion. This preprint for the very first time highlights the role and functional relevance of EMT-induced upregulation of La related protein (LARP6), which is a microtubule-associated RNA binding protein (RBP), in mediating RP-mRNA localization to cell protrusions, which in turn results in up-regulation of their translation. Overall, it sheds light on new mechanisms regulating the growth of mesenchymal-like migratory in context of ribosome biogenesis and highlights therapeutic applications that could potentially be exploited in future.

In this preprint the authors employed micro-porous transwell filter-based method to induce protrusion formation and allow its separation form the cell body. RNA-seq analysis of the transwell protrusions in combination with RNA-FISH analysis of cells invading through a 3-D collagen matrix, revealed the enrichment of RP-mRNAs protrusions of all mesenchymal-like cells. Such a localized enrichment promoted the authors to hypothesize a role in this process for RNA-binding proteins (RBPs) in the protrusions since several of these are implicated in mediating RNA localization. Using quantitative proteomics, they identified 96 RBPs that were enriched in the protrusions vs the cell body. An interesting find was proteins from the LARP family which have previously been shown to control RP-mRNAs translation and ribosome biogenesis. Of the several LARP proteins tested, depletion of LARP6 resulted in significantly reduced localization of RP-mRNAs to the protrusions. UV crosslinking and immunoprecipaitaion (iCLIP) analysis of LARP6 further revealed RP-mRNAs as the most enriched category, where many LARP6 peaks were detected in the 5’ Terminal Oligo-Pyrimidine (TOP) motif.

Using SILAC-based quantitative proteomics the authors further demonstrate that induction of protrusions, which in cancerous cells acts downstream of EMT induction, leads to enhanced RPs synthesis. As one would expect, this enhanced RP production contributed to overall enhanced ribosome biogenesis in the nucleolus as the majority of the ‘newly synthesized’ RPs were enriched in nuclear fraction. This is further reflected in LARP6-dependent enhanced RP levels and increased overall protein synthesis. siRNA depletion of LARP6, and severely compromised growth and invasion of MDA-MB231 cells as gauged by their ability to invade 3-D collagen matrix.

LARP6 is upregulated in cancers and can be therapeutically targeted

After having established the function of LARP6 in cancer-cell malignancy via enhanced ribosome biogenesis, the authors further tested the therapeutic capacity of LARP6 inhibitors as anti-cancer drugs. EMT induction of epithelial-like breast MCF10AT cells with bona fide EMT inducer TGFβ1, or transcription factor Snail, led to upregulation of LARP6. Treatment of cells with LAPR6 inhibitor C9 reduced RP-mRNA localization to protrusion. The results are however only preliminary and warrant further clinal trials.

The study underscores the importance of RP-mRNA localization in regulation of ribosome biogenesis for cancer cells. Locally translated RPs at the protrusions are transported back to the nucleolus where major steps of ribosome assembly occur. Such an enhanced ribosome biogenesis contributes to overall upregulation in protein production which is imperative for maintaining uncontrolled growth of cancer cells.

A1: Hi Nidhi, thank you very much for the comprehensive highlight on our preprint. Regarding your question, we believe the LARP6 dependent localization of RP-mRNAs acts as a mechanism to coordinate the protein synthetic capacity of the cells with cell-migration. Mesenchymal-like migration is an anabolically demanding cellular process which requires synthesis of large quantities of cytoskeletal and extracellular matrix proteins. Our mechanism provides a way for cells to up-regulate their protein synthetic capacity as they migrate into their surroundings. This in turn allows them to produce the large quantities of proteins they need for sustained cell-migration.

A2. This is a very good question! In neurons, ribosome localization is thought to be dependent on microtubule mediated transport. However, we don’t know for sure whether a similar mechanism is involved in regulating ribosome transport to actin-rich protrusions of mesenchymal-like cells. Another related open question is whether RP-mRNAs start getting translated whilst being transported to protrusions, or whether there translation is inhibited during transport, and is only activated once localized (similar to b-Actin mRNA).