Using time wisely: The contribution of intrinsic and extrinsic temporal cues towards cellular identity in the Drosophila nervous system 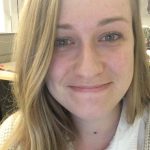 During development, diverse populations of cells are produced from identical progenitors by responding to a pattern of spatial and temporal cues. These cues can be intrinsic or extrinsic. The Drosophila nervous system is an excellent model to study the patterns that lead to cellular diversity as each neuronal progenitor (neuroblast; NB) produces a specific lineage of cells with a stereotyped morphology and molecular identity. It is known that as the neuroblasts divide (giving rise to one differentiated neuron and one neuroblast), the transcription factors (TFs) expressed in the neuroblast change. Without this temporal change in TF expression, the neuroblasts do not give rise to the appropriate differentiated neurons. The overarching question of this paper is: how is time used to specify cell identity? In other words, are the properties of specific cells determined by temporal TFs (intrinsic temporal cues) or by birth order regardless of temporal TF expression (extrinsic temporal cues or an internal timer)? To answer this, Seroka & Doe used the NB 7-1 lineage which gives rise to five neurons (U1-U5) with distinct morphological and molecular characteristics. They tested whether intrinsic temporal identity or birth order gives rise to these characteristics by ectopically expressing the Hunchback (Hb) TF in late born neurons and assessing molecular markers, axonal targeting, and dendritic targeting.

Seroka and Doe show that ectopic expression of an early temporal TF is sufficient to replicate U1/2-like characteristics (ie. molecular identity, dendritic targeting, and axonal targeting) in late born neurons. They therefore conclude that the influence of intrinsic temporal cues outweigh that of birth order in specifying the U1-U5 neurons. Birth order encodes temporal information because early and late born neurons may be exposed to different extrinsic cues at critical time points. There is also evidence that cells may have an internal timer that triggers events in reference to the time of differentiation. Based on this work, however, it appears that temporal TFs have a larger influence on cellular identity than birth order. Future work will look at the downstream genes that are regulated by Hb and how these genetic changes specify axonal and dendritic targeting.

The original work from Chris Q. Doe that characterized the temporal TFs that pattern Drosophila neuroblasts was done over a decade ago. Current work in the Doe lab, including this paper, is now aiming to understand the mechanisms by which these temporal TFs specify cell type. Specifically, Seroka & Doe break down the components of temporal patterning, asking questions about what characteristics of cellular identity and morphology are determined by intrinsic temporal cues.

Note: This preprint was recently published in Development. Find the article here.

Question 1: Are ectopic early-born neurons functional? How could you test this in your system?

Response: The“heterochronic” early-born cells we generated are “rewired” to target the correct “early-born” pre- and post-synaptic sites, and establish pre-synaptic machinery, sowe expect these cells to participate functionally in locomotion. It will be very interesting to see if the firing characteristics of these ectopic early-born neurons are altered by their transformed identity. We have recently identified a pre-motor interneuron which inputs selectively onto the endogenous early-born U1/U2 motor neurons. We have been constructing reagents to optogenetically activate this upstream pre-motor interneuron, and see if we can detect an elicited response in our ectopic early-born cells. If this upstream interneuron is capable of activating our ectopic motorneurons, it will demonstrate a functional rewiring of dendritic connectivity in these cells.

Question 2: Along the same lines, how do you explain the strange morphology of the ectopic early born neurons? They appear to have similar targets but the morphology is not identical to that of the actual U1/2 cells.

Response: The ectopic early-born neurons are generated up to 300 minutes later than their endogenous counterparts and retain the ability to locate the correct pre-and post-synaptic targets, suggesting that the pathfinding cues which direct this synaptic partner choice are stable during this window of neurogenesis. Additionally, the major pathfinding ligands which regulate sensory and motorneuron targeting in the CNS have been described to be maintained during this developmental period. While these extrinsic cues seem to be relatively stable over time, our ectopic early-born cells are generated in an abnormally lateral spatial location within the ventral nerve cord. We hypothesize that these neurons take an altered route toward their synaptic targets as a byproduct of the dynamic physical structures in the CNS. For this reason, we cannot rule out developmental time as a factor in influencing neuronal morphology, however taken together with our other results it is strongly suggested that intrinsic temporal identity is more crucial for generating neuronalmorphology than changing gradients of extrinsic cues.

Question 3: Do you think that this finding (ie. that intrinsic temporal cues outweigh extrinsic ones) is consistent within other lineages in the fly nervous system? Within other cell types?

Response: Temporal patterning has been described in many neural lineages and cell types within the developing Drosophila CNS. Specifically, the role of Hunchback in determining the molecular identity of early-born neural cell fates has also been described in multiple Drosophilalineages. Our work shows that this intrinsic temporal identity is a major determinant of neuronal morphology and target selection, so we hypothesize that this role for temporal identity is conserved throughout other Drosophila lineages. Additionally, work in mammalian cortex has shown that neurons derived from “early-” or “later-born” molecular cohorts establish distinct morphological and connective roles in different layers of cortex, suggesting that temporal identity could be determining these neuronal properties across species. Finally, we have performed follow-up experiments in another temporal window of the NB 7-1 lineage and have been able to generate ectopic neurons from this window which exhibit “rewired” pre- and post-synaptic pathfinding to the appropriate targets. Together, we believe temporal identity islikely a global and conversed determinant of morphology and connectivity in neurons.