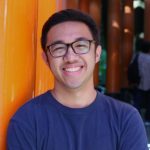 Much of neuroscience is dedicated to understanding how neurons develop and give rise to complex sensations and behaviors. However, despite significant progress in these fronts, we still do not know a lot about how these fascinating cells might have evolved.

Maria Sachkova and colleagues attempt to answer this question by studying the ctenophore Mnemiopsis leidyi. Characterized, among other things, by the unique cilia they use to move, ctenophores are believed to be one of the world’s most ancient animals.  How ancient? Well, that’s up for debate. While it has long been thought that neuron-less sponges are the oldest animal lineage, recent genomic studies suggest that ctenophores might be more ancient1,2. This ambiguity isn’t just evolutionary biologists nitpicking; it has profound implications for our understanding of the evolution of the nervous system. These recent findings may imply that either the nervous system was lost in sponges and placozoans, or that it evolved in ctenophores independently of other metazoans.

The authors used a machine-learning tool called NeuroPID to predict neuropeptide precursors. Instead of using sequence similarity, NeuroPID makes predictions guided by the biophysical, chemical, and statistical properties of neuropeptides and their precursors3. Their analysis revealed 129 candidates, 16 of which were found to have at least one homolog in known ctenophore transcriptomes and genomes. None had homologs in other metazoans.

To validate these putative neuropeptides, they homed in on candidates which, as previous transcriptomic profiling revealed, were expressed during the time window corresponding to neural development. Through in situ RNA hybridization (ISH) and immunohistochemistry (IHC), they showed that these candidates are concentrated in the neuro-sensory system.

To see if the putative neuropeptides affect behavior, the authors synthesized the peptides and added them into the artificial seawater medium for the animals. Out of 9 synthesized peptides tested, four elicited a significant increase in swimming velocity. These peptides were expressed in regions of M. leidyi involved in the regulation of comb beating frequency and hunting behavior, suggesting a possible mechanism for their mode of action. It is possible that the peptides which did not produce an effect in this experiment could be involved in other behaviors or could act in concert with other neurochemicals, hypotheses which the authors did not test.

A previous single-cell transcriptome of M. leidyi4 failed to identify cells which showed neuron-like expression signatures. By comparing it with their neuropeptide ISH and IHC expression data, the authors were able to assign neuronal identities to some uncharacterized cells in the single-cell transcriptome. These neurons might have been missed in the previous study because of the unique features of M. leidyi neurons.  In particular, the authors show that a group of cells in the previous study called C33 corresponded to subepithelial nerve net (SNN) neurons. In addition to neuropeptides, C33 also expressed structural components indicative of neuronal identity.

To study the ultrastructure of SNN neurons, the authors employed volume electron microscopy. Surprisingly, this analysis revealed that M. leidyi neurites show anastomoses: that is, they are fused to each other at several points through continuous membrane.

There is no other known metazoan neuron which displays this morphology. While the function of these structures is currently unknown, one hypothesis is they may accelerate or amplify neural signaling.

Overall, while these findings are far from definitively settling the debate on the evolution of the first nervous system, they pave the way for more mechanistic interrogations of M. leidyi neurobiology towards the goal of understanding how the first neurons came to be.

On a personal note

I think that “how life evolved to sense the world” is one of biology’s most consequential questions, probably second only to “how life came to be on this planet.” We are often so proud that our brains distinguish us from other animals; it is humbling to think that it should have its origins in unassuming sea creatures most of us don’t even know about.

Almost in all studied animals, including non-bilaterian cnidarians, a diverse set of neuropeptides has been identified; even nerve-less placozoans have short neuropeptide-like regulatory molecules (Varoqueaux et al, Current Biology 2018). Additionally, an earlier study (Moroz et al, Nature 2014) identified a set of secretory molecules in Pleurobrachia bachei that might potentially be ctenophore neuropeptides. Therefore, we expected to find neuropeptides in M. leidyi. Sixteen (16) precursors that we characterized by in situ hybridization and immunohistochemistry potentially result in at least 42 mature peptides – a number comparable to the well-studied neuropeptidome of Drosophila, where around 80 mature peptides were reported (Nassel & Zandawala, Prog Neurobiol 2019). We also expect that the diversity of ctenophore neuropeptides is higher than what we report in our study , as we did not consider peptides with multiple disulphide bonds and we focused mostly on the cydippid life stage. Was it surprising to find neuropeptides specific to ctenophores only? Not really. Neuropeptides are very short and fast-evolving therefore some of them could have lost any similarity to other neuropeptides over 600 million years of evolution, and some neuropeptides could have evolved de-novo. What was surprising is that the machine learning method that we used (Ofer & Linial, Bioinformatics 2014) managed to identify neuropeptide precursors in such a divergent lineage as ctenophores. This indicates that many physical and chemical characteristics are conserved between ctenophore and other animal’s neuropeptides.

One of the main reasons was that we could not reliably predict the processing for some of the neuropeptide precursors. Thus, it was not possible to predict the sequence of all mature neuropeptides. The second reason is that the behavioral tests are extremely challenging and also take a lot of time therefore we could not include all the peptides in our study.

The ctenophore locomotion system is quite different from other animals since it occurs through beating of combs built of giant cilia but not through muscle contractions. Because of that the neural control of locomotion might be completely different in ctenophores. Additionally, ctenophore lineage split from other animals over 600 million years ago and the anastomoses might have evolved after the split. It is possible that anastomosed neurites provide an advantage to the animals by enabling faster reactions and that’s why they stayed. However, further studies are required to fully understand the role of the anastomoses.