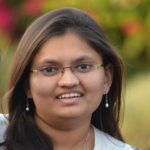 Microsporidia are unicellular, eukaryotic parasites that fire harpoon-like polar tubes to invade host cells. They infect invertebrates and vertebrates including humans, rely on the host for genome duplication and produce spores that can survive outside the host. The polar tube (PT) remains as a coiled spring-like structure in dormant spores. Once triggered by environmental cues, the PT is ejected within milliseconds as a linear tube, several times the length of the spore that latches onto the host cell and may even penetrate it, providing a channel for the delivery of the infectious cargo to the host cytoplasm, in a process termed spore germination. Though microsporidia were discovered more than a century ago, aspects of the 3-dimensional design of the PT, the mechanics of its extrusion and the transport of cargo still remain enigmatic. For instance, how the linear segment of the PT connects with the coiled region remains unclear. Further, extremely rapid time scales of the process pose a major hurdle to uncovering the kinetics of PT extrusion. To start with, the authors use serial block-face scanning electron microscopy (SBFSEM) to provide a 3D model of the PT in dormant spores, and its position relative to other organelles. Next, they follow it up with high speed live-cell microscopy (up to 50 frames/ second) to capture PT extrusion and cargo transport in real time to precisely lay out the steps involved in spore germination in microsporidia. That’s not it, the authors go a step further from investigating the process in the well-studied Anncaliia algerae, to test two more species and define universal features of microsporidians while pointing out the individualities.

At the outset the authors describe the architecture of the A. algerae egg-shaped spore, and the packaging of the PT within it, accurately providing dimensions of the spore, number of turns in the PT coil and its tilting away from the anterior-posterior (A-P) axis. Interestingly, the PT coil always formed a right-handed helix, raising new questions about how such a bias arises and its significance to PT function. The authors go on to clarify that the linear segment of the PT is connected to the anterior end of the PT coil, ruling out the possibility that a linear PT segment runs across the entire length of the spore. In addition to the PT, the A. algerae spore carries a centrally placed anterior anchoring disc and two nuclei cradled by a cup-shaped vacuole, at the posterior end, that may be involved in PT extrusion. Consistent with previous 2D TEM images, the authors show that the spore is enclosed in an outer dense exospore layer and an inner endospore shell that is thinnest around the apical anchoring disc, creating the most feasible site for PT ejection. Are these features universal to microsporidia? Turns out, there are similarities in the general layout, with different species varying in spore morphology, spacing between the turns of the PT coil and position of the anchoring disc which was off-centred from the A-P axis in case of Encephalitozoon hellem spores.

The differences across microsporidians were not just restricted to spore organisation, but also extended to the mechanics of polar tube extrusion. As hypothesized from the position of the anchoring disc, PT ejection in A. algerae occurred centrally while that in E. hellem was off-centre. Spore germination had three phases, PT elongation, a static phase with no change in PT length, and cargo emergence at the PT tip, taking about 1.6s in A. algerae. The process is completed in E. hellem, within half a second with a maximum velocity of ~330 µm•s-1 and acceleration of ~5000 µm•s-2 and a reduced static phase. Surprisingly, fully extended PTs were double the length of PTs packed in the spores with A. algerae going over 100 µm, possibly achieved through conformational changes in proteins that build the PT. Shortening of the PT after ejection was also seen on some occasions. Invariably the process ended with the release of a circular cargo at the distal end of the PT.

Finally, the authors turned their attention to cargo transport, the last step of the process. In absence of vast information about the nature of the cargo, and DNA being essential for proliferation within the host, the authors looked at nuclear dynamics as a representative cargo. While the nuclei went through some structural rearrangement within the spore, the nucleus entered the PT once it reached about half its length. How was a nucleus about 7 times the width of this narrow tunnel going to pass through? The nuclei displayed great plasticity within the PT, showing extreme elongation with an aspect ratio of 0.1 within the PT to emerging as a rather circular cargo outside the PT. The nuclei initially travel fast through the PT and then slow down before they are spooled into a circular cargo.

Microsporidia are believed to be a highly diverged phylum of fungi. The process reminded me of germ tube extension and nuclear migration key to infection by fungal pathogens, strikingly microsporidian PT extrusion occured at phenomenally faster timescales. The fungal nuclei also display a great deal of flexibility in passing through narrow constrictions. Wonder if there are lessons that can be exchanged between the two groups? Also the preprint is detailed with spatio-temporal measurements and has really nice videos of polar tube extension and nuclear dynamics.

1) How did you get interested in polar tube extrusion? Could you share the challenges and the excitement of the findings of this study?

The microsporidian polar tube is a spectacular machine from many perspectives: 1) The very long PT needs to be coiled within the spore during development, ready to initiate firing. How is it arranged in a dormant spore? 2) The PT needs to have special properties that allow it to adopt two very different conformations – coiled and linear. How does it achieve this? 3) It was already known that the PT diameter is quite narrow. How could it accomodate cargo as large as the nucleus? 4) PT extrusion is fast! How does cargo transport work on these timescales? These are some of the kinds of questions that got us interested in studying PT extrusion. One of the biggest challenges was in optimizing live-cell imaging, and especially tracking cargo in the absence of any genetic tools (microsporidia are currently not genetically modifiable). One of the most exciting moments in this study was capturing nuclear translocation, and seeing the remarkable degree of nuclear deformation that occurred in this process.

2) The egg-shaped spores of A. algerae have a clear apex and show centre placement of the anchoring disc. Is the lack of such morphology and the cylindrical shape of spores likely to cause off-centre positioning in E. hellem?

This could certainly be one explanation. Currently, our data don’t answer this question directly, but we could test this idea by doing SBFSEM analysis of several different microsporidia species, and assessing whether there is a correlation between spore shape and the location of the anchoring disc.

3) How do the nuclei achieve this plasticity? Is there a breakdown of the nuclear envelope with only the DNA passing or are they travelling as intact nuclei? Do the two nuclei fuse prior to entry into and travel as one mass?

The question of how the nucleus deforms, and whether the nuclear envelope is intact is one of the most exciting next questions we would like to answer, but unfortunately our data currently do not speak to this, and we were unable to probe it currently due to technical limitations. In other processes, such as cancer cell migration through small crevices in tissues, nuclear envelope breakdown has indeed been reported, and fast repair follows. See discussion of our paper for more details on this, and for references to this work. Our data do not have the resolving power to tell whether the two nuclei are fused, but they do leave the spore together as they enter the PT.

4) The nuclear movement seems biphasic in A. algerae. How does the slow moving phase of the nucleus correlate with the pause of PT elongation? Is the slow phase of nuclear migration eliminated in case of E. hellem nuclei?

Both are very interesting questions. Due to technical limitations of imaging nuclear transport, we were unable to image full polar tube extension and nuclear transport in the same spores. Because there is of course some spore-to-spore variation in the exact timing of germination, we would need to measure both cargo transport and germination in the same spore, and for several spores to accurately answer that question. For E. hellem, we were unable to measure cargo transport due to very low fluorescence signal. This is likely because E. hellem has only one nucleus, and our signal in the A. algerae experiments (2 nuclei) was already at the limit of detection.

5) The video of A. algerae PT elongation shows a wave like zigzag movement? Is the PT tip exploring the environment as it elongates?

We suspect that the wavy pattern results because the tube may retain some of the helical propensity from being coiled up inside the spore.