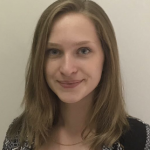 Lung adenocarcinoma (LuAD) is the most common cause of cancer deaths worldwide (Herbst et al., 2018). LuAD itself accounts for multiple subtypes, including invasive mucinous adenocarcinoma (IMA) (Cha & Shim, 2017). Fascinatingly, some primary IMAs of the lung have been observed to contain cells which no longer express lung fate lineage markers. How is possible that some cells of a primary lung tumour can lose expression of lung markers? The answer can be found by examining which molecular pathways are critical for specifying the lung tissue during development. In the embryo, the lung is portioned off from the foregut endoderm by expression of Nkx2.1, a master transcription factor determining the lung lineage (Faure & De Santa Barbara, 2011). The foregut endoderm also gives rise to organs of the gastrointestinal tract, including the stomach (Faure & De Santa Barbara, 2011). The corpus epithelium of the adult stomach is invaginated into glands responsible for producing stomach acid and digestive enzymes. The cells constituting these glands are renewed by the function of resident stem and progenitor cells respectively found at the base and isthmus of the glands (Han et al., 2019). Multiple research groups have now shown that loss of Nkx2.1 in mouse primary lung tumours driven by Kras mutation can result in some cells acquiring gastric fate lineage markers (Snyder et al., 2013; Tata et al., 2018). BRaf is also found to be mutated in LuAD IMA subtypes (Cha & Shim, 2017). Here, Zewdu et al. go a step further and begin to consider the implications of targeted therapy on lineage switching within gastric subtypes.

NKX2-1 regulates MAPK pathway in BRAFV600E-driven LUAD
In order to drive tumours in mice which were physiologically comparable to how tumours develop in humans, the authors established mouse lines which first developed LuAD due to combined Trp53 homozygous knockout and BRafV600E/+ mutation. Post tumour growth, the authors then removed Nkx2.1 expression by utilising floxed alleles under the control of Rosa26-CreERT2. Compared to controls where Nkx2.1 expression remained at wild-type levels, Nkx2.1 deletion in mice induced tumour transition to the IMA subtype, as expected. Survival between the two experimental groups was not significantly different. The authors detected raised phosphorylated ERK signaling in the tumours lacking Nkx2.1 expression and also identified strong pERK expression in human IMA.

Response of NKX2-1-positive and NKX2-1-negative tumors to RAF/MEK inhibition
Following from their identification of increased pERK expression in the step-wise models, the authors sought to chemically target the RAF/MEK pathway. The combined administration of PLX4720 (BRAFV600E inhibitor) and PD0325901 (MEK inhibitor) resulted in suppression of ERK phosphorylation in both BP and BPN mice, with a corresponding greater decrease of tumour burden in the BPN model, as expected. This indicated greater sensitivity to MEK inhibition in the Nkx2.1 negative mice. However, upon cessation of inhibitor treatment residual cells rapidly reformed tumours. The authors further sought to understand these differences by utilising single cell RNA sequencing to compare treated and untreated BP and BPN mice. This experiment suggested that residual cells within treated BPN tumours retained their ability to remain in the cell cycle and so the authors caution of the necessity for consideration of distinct therapeutic strategies to target these tumours.

MAPK pathway regulates identity of NKX2-1-negative mucinous adenocarcinoma within the gastric lineage
Critically, the authors delve further into their RNA sequencing datasets and observe that there is a shift in gastric marker expression when BPN tumours are subjected to MAPK inhibition compared to no treatment control. BPN tumours with no treatment highly expressed transcripts belonging to mucous cells, e.g. Muc5ac. After treatment however, these transcripts become downregulated and instead pepsinogen C and chymosin, markers of the chief cells found at the base of the gastric glands, become upregulated (see bulk RNA sequencing figure A, taken from Figure 6A of the preprint). This was further supported by the enrichment of the Lgr5-expressing chief cell-like signature. In addition, Tff2 was found to be upregulated, a marker of the isthmus progenitor cells of the gastric glandular epithelium. The authors confirmed the pepsinogen C finding with immunohistochemistry of untreated and treated BP and BPN tumours. As Wnt signalling is known to be enriched at the base of the stomach glands, the authors searched their dataset and identified that after treatment of BPN tumours, Wnt targets were upregulated. By supplying Wnt pathway inhibitors to established organoids derived from BPN tumours, they were able to show the cultures could support tuft cell identity but could not support chief cells.

A recent trend in scientific thought has been to consider how the molecular pathways critical for organ specification in development can be perturbed in tumourigenesis, tumour progression and therapeutic evasion. This paper went beyond simply observing a switch to a gastric phenotype and instead identified that after MAPK inhibition treatment in tumours negative for Nkx2.1, there was a shift in the gastric cell expression profile itself. Critically, the authors observed and detailed how MAPK inhibition could drive cells in IMA tumours in the lung from having a gastric mucous expression profile to a gastric stem and progenitor expression profile.

The authors detailed some interesting observations. These could be improved upon with more in-depth analysis of the single cell sequencing dataset, in order to provide more evidence of the claimed fate change, and subsequent focused in vitro studies. Organoid models are very useful tools for testing various hypotheses, which the authors did utilise in part of their study.