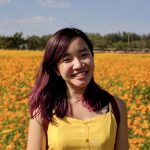 The gut-brain axis allows for bidirectional communication between the gastrointestinal tract and the brain to maintain homeostasis. The involvement of gut microbiota in such interactions has become increasingly evident – the microbiota generates a wide array of metabolites that can act as signalling molecules (1), while gut microbial imbalances have been implicated in disease development (2). Short chain fatty acids (SCFAs), which are generated in large amounts after dietary fibre fermentation, are important regulators at the gut-brain axis interface (3). However, it has been challenging to characterise the exact mechanistic pathways that SCFAs act on, because they co-activate a pair of closely related G protein-coupled receptors, FFA2 and FFA3, and the respective downstream targets of each receptor are  presently poorly characterised (4).

They generated a transgenic mouse model, where a DREADD derived from human FFA2 is expressed in place of endogenous mouse FFA2. The authors identified 4-methoxy-3-methyl-benzoic acid (MOMBA), as a highly selective activator of hFFA2-DREADD, implying that any responses to MOMBA in these transgenic hFFA2-DREADD mice reflect an FFA2-mediated effect. In contrast, since FFA3 showed intact expression in these transgenic mice, any observed responses to endogenous SCFAs like propionate are potentially mediated by FFA3, as the hFFA2-DREADD variant does not respond to propionate.

FFA2 and FFA3, which are expressed by various enteroendocrine cells throughout the gut, are thought to be involved in the release of glucagon-like peptide 1 (GLP-1) and peptide YY (PYY). GLP-1 and PYY are important hormones secreted after nutrient intake which stimulate insulin release to lower blood glucose levels.  Using colonic crypt cultures derived from hFFA2-DREADD mice, the authors show that MOMBA promotes the release of GLP-1 and PYY, and these effects can be antagonised by a FFA2-selective antagonist. In contrast, propionate was unable to produce an effect. This reflects the specific involvement of FFA2 in regulating hormone secretion in response to SCFAs.

The dorsal root ganglion (DRG) contains a cluster of sensory neurons that bring information from peripheral organs like the gut to the spinal cord. A substantial elevation of intracellular Ca2+ was observed in isolated DRG-derived cells in response to MOMBA, which was again antagonised by a FFA2-selective antagonist. Likewise, the separate addition of both propionate and a novel FFA3 agonist also produced a broad and rapid Ca2+ elevation in DRG cultures. Taken together, these results confirm the functionality of FFA2 and FFA3 in DRGs, and their involvement in mediating communication between the gut and the spinal cord.

Finally, to investigate if SCFAs in the gut stimulate the central nervous system, the authors perfused propionate intra-rectally to stimulate colonic receptors of wild type mice. They noted a substantial increase in the number of activated neurons in the dorsal horn of the spinal cord. They then repeated these experiments using both propionate and MOMBA in hFFA2-DREADD expressing mice, and showed that only propionate but not MOMBA promoted neuronal activation. This implies that only FFA3 activation at the level of the gut initiates spinal cord stimulation.

Why this is interesting

In this preprint, the authors have employed a sophisticated chemogenetic approach where combinations of receptor-agonists are tested in their hFFA2-DREADD mouse model. This allows for the unambiguous dissection of the specific functions of FFA2 and FFA3 at different levels within the gut-brain axis. While DREADDs are widely utilised in neurobiology to characterise brain circuits, this preprint has uniquely shown that DREADDs are a useful tool in GPCR biology to delineate the functions of closely related GPCRs. Very interestingly, the authors have also shown that the activation of SCFA receptors in the colon produces neuronal activation not just in the enteric nervous system but in the spinal cord as well. This provides further insight into the involvement of SCFAs in the gut-brain axis of communication, which can potentially be exploited therapeutically. In doing so, the authors also established the potential of utilising this chemogenetic approach to investigate GPCR biology and to validate drug targets.

There appears to be a large number of DRG cells that show Ca2+ elevation following application of propionate/ MOMBA. However, there seem to be a smaller number of c-Fos expressing neurons in the dorsal horn. Any idea why there could be a discrepancy between calcium mobilisation and eventual neuronal activation?