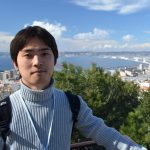 Cardiac fibrosis is associated with most forms of cardiac disease. Normally, cardiac fibroblasts contribute to the homeostasis of the extracellular matrix. In cardiac fibrosis, however, cardiac fibroblasts are activated in response to injury and become myofibroblasts. Myofibroblasts deposit excessive amounts of extracellular matrix components and eventually replace cardiomyocytes—the cells responsible for the beating of the heart. This negatively affects cardiac function and is related to adverse outcome. However, our understanding of the underlying pathogenetic mechanisms remains limited. This is in part due to a lack of clinically relevant in vitro models. Therefore, the authors set out to create a 3D in vitro model of human cardiac fibrosis in this preprint.

The authors co-cultured human induced pluripotent stem cell (iPSC)-derived cardiomyocytes with cardiac fibroblasts in a microwell device. At both ends of the rectangular microwell are flexible rods placed parallel to each other. The contraction of the cultured cardiomyocytes causes a deflection of the rods. Real-time monitoring of rod deflection allows the measurement of contractile force. To generate the human cardiac fibrosis-on-a-chip (hCF-on-a-chip) model, the authors used the profibrotic agent Transforming Growth Factor (TGF) β1. Cardiac fibroblasts were first activated with TGFβ1 before co-culture. TGFβ1 was further added to the culture medium during 3 weeks of co-culture within the microwell device to promote a fibrotic phenotype.

The authors performed a comprehensive analysis of both molecular and functional changes that occur in the hCF-on-a-chip as compared to its healthy counterpart (without TGFβ1 treatment). Molecularly, the authors observed the increased presence of α-smooth muscle actin (αSMA) positive myofibroblasts, increased collagen I density, increased Brain Natriuretic Peptide (BNP) secretion, as well as a transcriptomic (mRNA and miRNA) profile consistent with fibrosis in the hCF-on-a-chip. These changes were paralleled by increased tissue stiffness, which is also a hallmark of fibrotic pathology. All of these changes were accompanied by alterations in cardiomyocyte function such as increased passive tension, decreased contractile force, and an elevated excitation threshold.

Furthermore, the suitability of hCF-on-a-chip in studying drug efficacy was tested. The hCF-on-a-chip responded to clinical drugs (losartan and carvedilol) in a manner consistent with what is seen in human patients. Notably, the hCF-on-a-chip recapitulated therapeutic responses seen in human patients better than conventional 2D culture. This is in line with a growing body of evidence suggesting that higher-order intercellular interaction is critical for cellular function, both in health and in disease. The authors finally tested the efficacy of pirfenidone, an anti-fibrotic used for the treatment of idiopathic pulmonary fibrosis. Several measures of fibrosis were ameliorated by pirfenidone treatment.

What I like about this preprint & why I think the work is important:

The strength of this model is its adaptability to various readouts such as microscopic analysis, transcriptomics, mechanical measurements, and assessment of contractile function, just to name a few that are performed in the manuscript. The ability to perform multi-modal measurements (at a spatiotemporal resolution that would otherwise be difficult in vivo) will allow integration of various findings reported in isolation to date. It will moreover likely fuel a more systems approach in unraveling the mechanisms driving fibrosis and functional deterioration of cardiomyocytes. The hCF-on-a-chip, combined with various innovative analytical strategies, will greatly benefit our understanding of cardiac fibrosis.

Future directions & questions for the authors:

Q1. The present hCF-on-a-chip was generated by co-culturing iPSC-derived cardiomyocytes with generic cardiac fibroblasts. With patient-specific testing in mind, could the model perhaps be fully iPSC-derived?

Q2. The authors demonstrate a proof-of-concept for the use of these hCF-on-a-chips for drug testing. How is the scalability of these chips for drug screening?

Q3. Another important factor in the induction and/or progression of cardiac fibrosis is abnormal hemodynamics. Could abnormal flow perhaps be modeled in the hCF-on-a-chip?

Q5. The authors mainly reported results after 2 or 3 weeks of TGFβ1 treatment. Would it be possible to see the temporal dynamics of disease progression (for example, how the extracellular matrix becomes remodeled over time and how it correlates with the decline of cardiomyocyte function)? On a related note, for how long can these chips be sustained in culture?

Q6. The authors observed spatial heterogeneity within the hCF-on-a-chip, specifically the heterogeneous distribution of tissue stiffness. What are the mechanisms driving such heterogeneity (especially given that TGFβ1 was uniformly administered)?