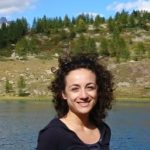 Our cells have evolved various DNA repair pathways to deal with DNA lesions that constantly challenge the stability of our genome. Defects in DNA repair may lead to the development of cancer and immunological or neurological disorders (Jackson and Bartek, 2009). Repair of various DNA lesions, including single-strand breaks (SSBs), involves a gap-filling step, which incorporates one or several nucleotides into the damaged DNA using the undamaged DNA strand as a template.

Unscheduled DNA synthesis occurs during DNA repair to fill the gaps generated by excised or missing nucleotides (also known as gap filling). To map sites of DNA repair synthesis genome-wide, the authors developed a new method: synthesis-associated with repair sequencing (SAR-seq, fig 1a). For this purpose, they labelled iPSC-derived neurons (i3 neurons) with the thymidine analogue EdU, which is incorporated at the sites of DNA synthesis. The labelled DNA was biotinylated by click chemistry, sheared, and isolated for high-throughput sequencing. They identified >55,000 peaks at recurrent genomic locations around 200-2,000 bp in width, possibly reflecting clustered DNA repair loci. SAR peaks were also observed in rat neurons but not in other post-mitotic cells like G0-arrested pre-B cells or iPSC-derived skeletal muscles. Notably, SAR peaks were unaffected by inhibitors of the replicative DNA polymerases (α, δ, and ϵ), reinforcing that i3 neurons are not replicating and the SAR signal is from unscheduled DNA synthesis.

They found that neuronal SAR peaks were enriched in intragenic regions and associated with expressed genes. In particular, ~50% of the top-5000 peaks harboured a transcription factor motif – ONECUT – that is known to promote chromatin accessibility. Furthermore, these peaks also coincided with ATAC-seq peaks (a readout of open chromatin), suggesting that an open chromatin structure may influence the extent of DNA synthesis. Intriguingly, a majority of SAR peaks were enriched at cis-regulating enhancer elements (rather than promoters), as measured by enhancer histone modifications (H3K4me1, H3K27ac) and Lysine Methyltransferase 2B (MLL4) (ChIP-seq, fig 1b). Adding, most of the SAR peaks occupied super-enhancers that are active in differentiated neurons (fig 1c). Gene Ontology (GO) analysis also revealed that genes containing SAR peaks were related to neuronal functions (like neuronal migration, development, axon formation, and synapse assembly).

DNA double-strand breaks (DSBs) induced by Topoisomerase II (TOP2) can promote the expression of early response genes in neurons (Madabhushi, 2015). However, DNA synthesis associated with TOP2-induced lesions did not overlap with the SAR peaks observed in untreated neurons (reiterating that SSBs mostly occur in untreated i3 neurons). Additionally, no DSBs were detected in untreated neurons, as monitored by immunofluorescence for DSB markers or END-seq, a technique that maps DSBs (Canela, 2016).

In summary, this study reports that in human post-mitotic neurons, SSBs and unscheduled DNA synthesis occurs within enhancers. The presence of neurodegenerative phenotypes in patients with mutations in XRCC1 suggests a key role for short-patch SSB repair in neuronal viability (fig 2). The authors speculate that loss of XRCC1 function could lead to neuronal dysfunction by aberrant PARP1 activity or by the accumulation of mutations that could result in aberrant transcription and neurodegeneration.

Acknowledgments: We are thankful to all the authors for their support and for taking the time to comment on the preLight.