PIN-1 allows RNF168 to put on its "SUMO suit" and regulates DSB repair. 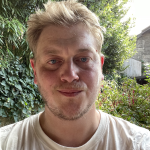 The conjugation of ubiquitin and ubiquitin-like peptides (e.g., SUMO, NEDD8, UFM1) to target proteins is essential for numerous cellular processes associated with DNA, such as transcription, replication, chromosome segregation and DNA repair. Ubiquitin and ubiquitin-like peptides are conjugated to lysine residues on target protein substrates through their own E1-E2-E3 enzymatic reaction. Once covalently bound, these post-translational modifications trigger and regulate various mechanisms such as proteasome-dependent protein degradation, protein dynamics, enzymatic activity and protein-protein interactions (Vertegaal, 2011; Swatek and Komander, 2016).

While individual functions of each ubiquitin(-like) species during cellular processes are becoming better characterized, the interplay between these modifications is currently an area of intense research.

Our genome is constantly under attack from endogenous and exogenous sources that can lead to various kind of DNA lesions including DNA double-strand breaks (DSBs). To circumvent these DNA breaks, our cells have evolved numerous DNA repair pathways which involve histone and non-histone protein modifications (Ferrand et al., 2021).

The ubiquitylation of histone (e.g., H2A/H2A.X) and non-histone proteins is crucial during the repair of DSBs (Dantuma and Attikum, 2016). Among the different key players, the E3 ubiquitin ligase ring finger protein 168 (RNF168) plays an important role in regulating chromatin ubiquitylation-mediated DSB repair completion and pathway choice.

The authors identified several PIN-1 binding motifs within RNF168, suggesting a potential role for this factor in regulating the response triggered by RNF168 in response to DSBs.

The authors revealed that PIN-1 binds to RNF168 on its Threonine 208 (T208) residue via its N-terminal WW domain. Interestingly, the mutant form of RNF168 (RNF168-T208A) was defective in its binding to PIN-1 and shows increased enrichment at repair foci and on damaged chromatin in response to IR.

These data indicate a potential role for the interaction of these two factors on RNF168 levels at DNA damage sites.

Pin1 has two distinct domains connected by a flexible hinge region: a WW-like amino-terminal domain and a carboxy-terminal domain carrying peptidyl-prolyl isomerase activity that regulates the isomerization of target proteins. This suggests that the absence of PIN-1 or a defect in binding T208 residue of RNF168 would result in a conformational state of RNF168 leading to its exacerbated recruitment to DNA damage sites.

To test this hypothesis, the authors compared the levels at DNA damage sites of the wild-type with the mutated forms harboring a single mutation on T208 or P209 residues (RNF168-T208A, RNF168-P209A) or a double mutation (RNF168-T208A/P209A). As shown previously, the T208A mutant form exhibits exacerbated accumulation at DNA damage sites compared to the wild-type as well as to the P209A mutant form. Interestingly, the T208A/P209A double mutant shows a level at DNA damage sites similar to the wild-type, indicating that PIN-1 binding to T208 leads to conformational change of RNF168 which is mediated by the adjacent Proline (P209) that limits its recruitment to DSBs.

Does PIN-1 regulate RNF168-dependent signaling in response to DNA damage?

To assess the impact of the defect in the interaction between PIN-1 and RNF168 on DNA damage signaling, the authors monitored levels of chromatin ubiquitylation and 53BP1 foci intensity in response to IR. In line with previous results, cells expressing the T208A mutant form of RNF168 and defective for its binding to PIN-1 show an excess of chromatin ubiquitylation correlated with an increased level of 53BP1 factor in response to IR.

These data thus highlight a recessive role of PIN-1 in promoting RNF168-dependent signaling in response to DNA damage.

How can we explain that PIN-1-dependent isomerization of RNF168 limits its binding to DNA damage sites? Is it related to a possible regulation of RNF168 SUMOylation on Lysine 210 (K210) adjacent to the T208/P209 motif?

Indeed, the authors first observed that depletion of the SUMO peptides pool (SUMO2/3) leads to an increase in RNF168 levels at repair foci in response to IR. In a second step, the authors showed that RNF168 is directly SUMOylated on Lysine 210 residue (K210) in response to IR. Remarkably, the non-SUMOylable form of RNF168 (RNF168-K210R) shows increased accumulation on damaged chromatin at levels comparable or even identical to the PIN-1 binding-defective T208A mutant form. This shows that SUMOylation of RNF168 restricts its binding to DNA damage sites and strongly suggests that this is regulated by its PIN-1-dependent isomerization. The authors indeed observed (i) that PIN-1 controls RNF168 SUMOylation and (ii) that the mutated form of RNF168 (T208A) is not SUMOylated or only slightly SUMOylated compared to the wild-type and mutant T208A/P209A forms.

Together, these results show that PIN-1 regulates the conformation of RNF168 favorable to its SUMOylation which precisely regulates its levels at DNA damage sites.

But does this mechanism affect the ability of cells to repair DNA damage in response to IR? To answer this question, the authors performed a colony formation assay in response to IR to examine and compare the sensitivity of cells expressing the wild-type form of RNF168 with those expressing the mutated forms T208A, P209A, K210R, T208A/P209A and K210R/P209A. Remarkably, the authors observed that cells expressing the T208A, K210R and T208A/K210R mutant forms are more sensitive to IR, similar to what is observed in RNF168-deficient cells. Taken together, these results demonstrate that isomerization of RNF168 by PIN-1, which controls its levels at DNA damage sites through SUMOylation, regulates the repair efficiency of DSBs and cell survival.

I really like this study presented by the Morris group as it unveils a new and key mechanism in regulating DSB repair and sheds light on the interplay between ubiquitylation and sumoylation in response to DNA damage.

Binding of factors to damaged chromatin regulating NHEJ and HR pathways has been described to influence the response to anticancer treatments such as PARP1 enzyme inhibitors. Considering the role of RNF168 in regulating the accrual of pro-NHEJ and pro-HR factors to site of DNA damage such as 53BP1 and BRCA1, respectively, this study therefore could open new perspectives in the use of PIN-1 as a prognostic marker to determine the response of patients to anticancer treatments.

Q1: Since PIN-1 deficiency impacts 53BP1 chromatin levels in response to IR, do you think that HR-prone factors such as BRCA1 or RAD51 levels could as well be affected by the depletion of PIN-1 in response to IR?

Q2: Do you know if PIN-1 protein levels fluctuate during the cell cycle? By affecting RNF168 levels at DNA damage sites, do you think PIN-1 is involved in a DSB repair pathway specifically?

Q3: Do you know whether isomerization of other repair factors could impact as well the DNA damage response? In other words, could you share your thoughts about the impact of this mechanism in response to DNA damage?