Now you can tell one twin (sister chromatid) from the other! 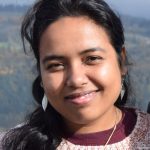 A large body of work has highlighted the role of structural organization of the chromosomes in regulating biological processes using chromosome conformation capture techniques 1–3. Genome folding maps have provided unprecedented insights into how intra-molecular contacts between functional genomic elements shape the formation of topologically associated domains and transcriptional profiles in development and disease contexts. How this 3D genome architecture is rebuilt during each cell-cycle with extraordinary precision has also been studied 4,5. However, existing Hi-C techniques have failed to distinguish the topological interactions between sister chromatids of replicated chromosomes due to identical DNA sequences. In this preprint, the authors have devised an ingenious technique of labeling sister chromatids to study the inter and intra- molecular interactions of replicated chromosomes from G2 to M to the following G1 phase.

In this preprint, the authors introduced a sister chromatid specific label by culturing the cells (HeLa) in 4sT (4 thio-thymidine) – a DNA analog of 4 thio-uridine that is routinely used for labeling nascent RNAs. Following a similar principle, sister chromatid sensitive or scs-HiC  involves labeling the cells for a round of synchronized DNA replication; next,  Hi-C is performed and the 4sT label is converted to 5 methyl cytosine (5mC) by OsO4 / NH4Cl DNA extraction that allows the identification of generated signature mutations by high-throughput sequencing. Double -labeled reads (4sT specific mutation on both fragments of a pairwise contact) were classified as cis sister contacts if the label mapped to the same chromosomal DNA strands on both sides and trans if it mapped to different chromosomal strands on each side. Cells were analyzed progressing from G2 to M to G1 phase.

Conformations of sister chromatids at different phases of the cell-cycle

The authors go on to generate ScsHi-C maps that show TAD organization in the replicated chromosomes. In G2 phase, there are more trans sister chromatid contacts in comparison to the prometaphase TADs. This is in concordance with the fact that during interphase, replicated chromosomes contact each other to facilitate homology-dependent DNA repair and go on to disentangle as the cells proceed into mitosis. These trans sister chromatid contacts are highly structured and are enriched at the TAD boundaries. Cis sister contacts are enriched along the diagonal within the TADs mediating short range intra-molecular contacts. Trans sister contact frequency was used to define highly paired and unpaired TADs. Highly paired TADs are enriched for H3K27me3 marked facultative heterochromatin.

Why I chose this preprint?

The principle of Scs Hi-C is simple and elegant. It can provide us with critical insights into how the replicated chromosomes behave during the cell cycle. In this preprint the authors have looked at the role of two essential factors, NIPBL and Soronin. However, future studies using this technique can unravel the role of other key molecular players involved in this process. I like the fact that this study brings to light the intricacies and differences of cis and trans sister chromatid contacts which so far have not been distinguishable. Beyond reporting their findings, the authors have also elaborated on the validation of the robustness of the technique which is a great resource for the community.

Scs Hi-C has the potential to provide insights into many unanswered questions in the field of genome architecture. Future investigations shall provide insights into why certain regions are more prone to sister chromatid pairing than others and how does that dictate disease context involving chromosomal re-arrangements. Additionally, we shall also learn more about how chromatids resolve themselves as the cell enters mitosis. Scs Hi-C can be a great tool to study chromosome conformation in cases of aneuploidy, for example how chromosome interactions or TADs change in conditions like Down Syndrome.

Have the authors looked deeper into the regions that participate in trans contacts of highly paired TADs? Could these regions be involved in mitotic bookmarking?

Is there any underlying sequence feature that promotes trans sister contacts?

Can the authors comment on the role of architectural proteins like CTCF if any in maintaining these sister contacts in the G2 phase?

1) Have the authors looked deeper into the regions that participate in trans contacts of highly paired TADs? Could these regions be involved in mitotic bookmarking?

We have indeed looked more closely into the highly paired domains and interestingly found that some of them exhibit an internal fine structure that also seems to be associated with H3K27me3. So not only does there seem to be a decision between pairing and not-pairing based on H3K27me3 state, but also a further structuring based on the extent of that modification throughout the TAD. As H3K27me3 has been associated with inheritance of chromatin state, it might very well be that these domains are involved in bookmarking and we are currently looking into that.

2) Is there any underlying sequence feature that promotes trans sister contacts?

As to whether there are any sequence features that promote trans-sister contacts, we found that CTCF motifs are highly enriched at trans-sister contact sites, but I think that is connected to the fact that TAD boundaries exhibit trans-sister pairing. It might however be interesting in the future to more systematically look at this!

The connection of H3K27me3 with highly paired TADs is really interesting and I think we barely have scratched the surface there. There are many possible mechanisms that could explain this phenomenon: One could imagine that the inherent propensity of some polycomb proteins to form phase-separated structures could be involved. Another possibility could be that H3K27me3 chromatin interacts with cohesive cohesin in some way and that it gets stuck there. The latter would explain why the H3K27me3 domains seem much less pronounced upon degradation of sororin. In general, I like how H3K27me3 connects our findings with homology pairing in drosophila, a system where also two (or more) copies of a given chromosome are connected. It has been clear for some decades that polycomb proteins are involved in pairing-dependent silencing, most likely through mediating a connection between homologs. I find it very interesting to speculate that the polycomb system might be something evolution uses to mediate connection between chromosomes.

4)Can the authors comment on the role of architectural proteins like CTCF, if any, in maintaining these sister contacts in the G2 phase?

Since CTCF is strongly correlated with TAD boundaries, we find CTCF enriched when we search for proteins that are strongly associated with the high trans-sister connection. We think that through its role of acting as a road-block for loop extruding cohesin, it is involved in also positioning cohesive cohesin and therefore governing the position of trans-sister contacts.