Seeing is believing: Seeing a membrane contact site tether in its native environment provides surprising new insights into its function 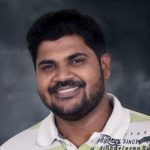 The ER–mitochondria encounter structure (ERMES) is a protein complex that tethers the endoplasmic reticulum (ER) to the mitochondria in yeast. It is located at the ER-mitochondria membrane contact sites (MCSs), regions where these organelles are in close physical proximity (1). ERMES has four subunits: Mmm1, Mdm12, Mdm34, and Mdm10 ranging in size from 31 to 56 kDa (2). Mmm1, Mdm12, and Mdm34 each possess a conserved synaptotagmin-like mitochondrial lipid-binding (SMP) domain, which is a feature of several lipid transport proteins (LTPs) in yeast and mammals (3,4). However, thirteen years after the discovery of ERMES, the mechanism by which ERMES transports lipids has yet to be elucidated. Two possible mechanisms have been proposed (4). In one, called the shuttle model, ERMES binds lipids in one organelle, moves to the second organelle, and delivers the bound lipids. Alternatively, ERMES could form a stable “bridge” that allows lipids to flow between the ER and mitochondria.

Using correlative light and cryo-microscopy (cryo-CLEM) and subtomogram averaging (STA), Wozny et al. now show in this preprint that ERMES forms a bridge-like structure connecting the ER and mitochondria. While this seems to support the idea that ERMES forms a lipid conduit, structure predictions suggest that constrictions in the channel make it too narrow for lipids to flow. Thus, the in situ structure of ERMES does not resolve the question of how ERMES facilitates lipid transport but raises important new questions for future study.

The authors use correlative light and cryo-microscopy (cryo-CLEM) to see ERMES in situ. Yeast cells expressing Mdm34-mNeonGreen are frozen and subjected to cryo-focused ion beam (FIB) milling (5), which shaves down the frozen yeast cells into thin sections, called lamellae, a few 100 nm in thickness. This reduces scattering and thus improves resolution in EM. Mdm34- mNeonGreen fluorescence is used to identify ERMES puncta-containing regions of the lamellae, which are then imaged using cryo-transmission electron tomography (cryo-ET).

Using cryo-CLEM, they observe bridge-like structures, approximately 24.4nm in length, spanning the gap between ER and mitochondrial membranes at the MCS. An average of about 24 ERMES complexes are found at a single MCS.

Remarkably, within each MCS, ERMES complexes are distributed unevenly. They appear as clusters and the distance between individual ERMES bridges is about 15 nm. Averaging over multiple MCS tomograms acquired for ER-mitochondrial MCS of varying membrane topologies, the number of bridges correlates to the area of the membrane, enclosed by the MCS, about 12 per 1000nm2. This organization might point to an expected spatial regulation of the ERMES structure within the MCS.

By generating a 3D average of the bridge structures using STA, they have built a model of the cytosolic portion of the ERMES complex that lies between the ER and the mitochondria. This model shows a structure with three segments arranged in a zig-zag shape connecting the membrane of the two organelles. Using known structural and protein-protein interaction information (6,7), the segments of the 3D model were identified as Mmm1-Mdm12-Mdm34. Structural studies have indicated that Mmm1 can dimerize in vitro (6,8). To test this, the distance between individual Mmm1, Mdm12, and Mdm34 in adjacent complexes in the MCS tomogram is measured. Surprisingly, no dimerization was seen in situ indicating that each ERMES is arranged as a stand-alone structure that might act as a lipid conduit.

Using FoldDock (FD) (9), an AlphaFold-based tool to predict the pairwise docking of each adjacent protein in the complex shows that the SMP domains of Mmm1, Mdm12, and Mdm34 stack on top of each other in a tail-to-head organization. Atomistic simulations show a hydrophobic mismatch on the cytosolic leaflet near Mdm10. Mdm34 docks over Mdm10 as previously suggested (7) and its hydrophobic cavity hovers over the outer mitochondrial membrane (OMM). Taken together, these features suggest a mechanism by which Mdm10 may destabilize the lipids in the cytosolic leaflet of the OMM, which might then be scooped up in the Mdm34 cavity.

Large LTP such as the members of the VPS13 family of LTPs contain a long, continuous central hydrophobic cavity along the length of the protein that can accommodate lipids (10). The overall structure of the ERMES complex does suggest that it might be a long conduit.

However, radius calculations of the hydrophobic cavities for each subunit docked in the complex, obtained from the model, show that the Mmm1-Mdm12 and Mdm12-Mdm34 interfaces are too narrow to allow lipids to pass through. Despite its conduit-like structure, any lipid transport might be restricted by bottlenecks at these interfaces.

In vitro structure determination has been the primary method used to visualize structure details, predict protein-protein interactions, and hypothesize about the functions of a protein. Recent advances in microscopy have now enabled us to visualize the structures of proteins directly in their native environment. This paper beautifully demonstrates how the same protein structure in situ can be quite different from its in vitro counterpart.

Questions to the author