A cryo-ET study of microtubules in axons 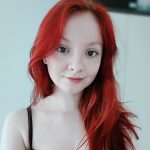 Inside neurons, microtubules work as “molecular roads”, allowing the transport of cellular cargo across great distances. This is especially important in neuronal axons, which require motor proteins to transport cargo from the cell body to the presynapse and vice versa – a process known as axonal transport. Additionally, microtubules play a vital role in cellular structural support, making them an essential cytoskeletal component.

Microtubules are asymmetric, dynamic structures which grow and collapse depending on the requirements of the cell. Composed of tubulin dimers, microtubules have two distinct ends – the plus end (the location of microtubule growth and shrinkage) and a more stable minus end. The orientation of plus and minus ends is important for neuronal polarisation, with the minus ends in axons being predominantly orientated towards the cell body (Heidemann et al. 1981). Recent advances in microtubule research have utilised CryoET, a microscopy technique which can resolve cellular structures without sample fixation. Historically, these studies typically used reconstituted microtubule networks formed through microtubule polymerisation in vitro. Although this research has provided major insights into microtubule structure, data from in vitro polymerized microtubules may not be representative of neuronal microtubules in their native environment.

Foster et al. begin their CryoET analysis by investigating the polarity of neuronal microtubules in two model species. Using subtomogram averaging, whereby structures in multiple tomograms are aligned and averaged to increase resolution, the authors were able to determine the polarity of individual microtubules within Dm and DMG neurites by analysing the ends of microtubule projections (Figure 1A). Projections with tubulin subunits rotated clockwise are determined to be a minus end, with plus ends showing an anti-clockwise slant (Figure 1B). From this, Foster et al. investigated the orientation of microtubules in both Dm neurons, determining that 68% of Dm microtubules had uniform orientation and 32% had mixed orientation. In contrast, when the same analysis was performed on DMG axons, 95% of microtubules had uniform orientation, which supports previous findings (Heidemann et al. 1981) (Kleele et al. 2014).

The protofilaments at the end of 22 DRG microtubules were studied in detail. Microtubule minus ends showed a straight or slightly curved appearance, and strikingly these ends were “naked” – meaning that no visible γ-TuRC caps (a common feature in the minus ends in mitotic spindles) were present. The plus ends also had a similar morphology to the minus ends. Subsequently, the length between the shortest and longest protofilament (the taper length) was also determined. Foster et al. report that the majority of microtubules in this study have a taper length of 15-40nm, however, 2 microtubules were identified as having a taper length of over 100nm. This indicates that sheet-like structures can be present at the ends of axonal microtubules. One 340nm sheet-like end was observed to be attached via multiple short tethers to the outside of an adjacent microtubule. The authors note that this novel plus-end architecture may allow for protein interactions involved with plus end stabilisation or directing plus ends towards the axon tip. Additionally, 14 out of 28 plus and minus ends made contact with other microtubules, membranes, or intermediate filaments. Although these contacts may be non-specific, Foster et al. propose that they may be involved in microtubule dynamic regulation.

Lastly, the density and interactions of microtubule inner proteins (MIPs) was studied. MIPS are globular proteins that form connections with the luminal face of the microtubule. The authors report that DRG neurons had 40-100 MIPs per micron length, with no reduction in MIP density near or within microtubule ends and lattice breaks. A possible explanation for this is that the MIPs are anchored to the microtubules. Further analysis of DRG MIP structure using subtomogram averaging details a ring-like structure with a defined ~9nm inner pore. In contrast, Dm neurons do not contain MIPs with a regular structure, which may be due to the lack of MAP6 protein within invertebrate MIPs.

Foster et al. use a novel cryoET methodology to provide insights into neuronal microtubule architecture, including identification of an unreported plus-end structure. This work highlights the need to observe cellular components in their native environment and illustrates the structural differences in microtubule architecture between species. This is an exciting paper in the field of neurobiology, and further CryoET studies will provide many more insights into neuronal composition and interactions.