There will be blood – Gastruloids recapitulate early hematopoiesis in vitro 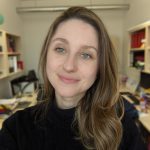 The development of the hematopoietic system involves the sequential emergence of specialized progenitor populations in multiple embryonic sites including the yolk sac, the aorta-gonad-mesonephros region, the liver and the bone marrow, in a complex process that is still incompletely understood1. Embryonic and induced pluripotent stem cells are able to give rise to any cell type of the body and are much easier to manipulate than embryos, opening up many possibilities for studying the mechanisms of hematopoietic development and disease in vitro. However, although several protocols for the differentiation of pluripotent stem cells into hematopoietic progenitor cells have already been established, they generally drive hematopoietic fate specification via simplified molecular processes that do not resemble in vivo development.

Recently, several groups have worked towards the establishment of in vitro models of embryogenesis called gastruloids, defined as pluripotent stem cell-derived 3D structures recapitulating key features of early post-implantation embryos such as symmetry breaking and gastrulation2,3. The group behind this preprint previously described culture conditions promoting the formation of an early heart primordium in mouse embryonic stem cell-derived gastruloids4. Here, they report an additional feature of these gastruloids: the presence of hematopoietic progenitor cells displaying stage-appropriate spatiotemporal development and multilineage potential in vitro and in vivo.

Hypothesizing that their previously established gastruloid culture conditions including VEGF and bFGF could support not only cardiac but also blood development, the authors re-examined relevant cell clusters in their existing single-cell RNA sequencing dataset to look for signs of hematopoietic processes. Over the four time points of analysis (96 h, 120 h, 144 h and 168 h), they were able to detect the sequential upregulation of several key markers of early blood development. Most notably, after a first wave of mesodermal cells co-expressing Brachyury, Mixl1, Pdgfra and Kdr/Flk1/Vegfr2 at 96 h, they identified cell populations expressing the hematopoietic progenitor markers CD34, Kit, CD93 and CD41 between 144 and 168 h. At the latest stage of development, there was also a small population expressing embryonic hemoglobin isoforms (Hbb-y, Hbb-bh and Hba-x).

In addition, the concomitant upregulation of hematopoietic and vascular markers and the presence of CD34+/cKit+/CD41+ cells analyzed by flow cytometry pointed to the presence of hematoendothelial progenitors within the gastruloids. This was supported by the observation that CD41+ cell clusters were found in close proximity to the CD31+/CD34+ vascular network, suggesting that the latter could represent a hemogenic endothelium giving rise to hematopoietic precursors. The authors hypothesized that factors produced by the nearby endodermal primitive gut-tube could influence the emergence of this structure.

Using an in vitro colony-forming-unit (CFU) assay, the authors then demonstrated that cKit+/CD34+/TER119–/CD41+ hematopoietic progenitors isolated from gastruloids at 168 h had robust myeloid potential, forming mono- or multipotential colonies containing megakaryocytes, macrophages, granulocytes and erythroid cells, while Not(cKit+/CD34+)/TER119+/CD41– primitive erythroid cells mainly formed CFU-erythroid colonies. Finally, the authors showed that the injection of dissociated gastruloids into lethally irradiated mouse recipients together with competitor bone marrow cells led to significantly higher CFU formation in the spleen than the injection of competitor cells alone. In addition to validating the in vivo functionality of the hematopoietic progenitors found in the gastruloids, this suggested that the hematopoietic cells present at 168 h of gastruloid differentiation corresponded to a developmental stage equivalent to E8.5 to E9.5 of embryonic development.

Having enjoyed the authors’ previous paper describing early cardiac development in gastruloids4, I was curious to see what more their model could have in store. Although this study is not as extensive as other groups’ work dedicated specifically to hematopoietic organoids5,6, it provides further evidence for the spontaneous co-derivation of several lineages within a single gastruloid system, demonstrating its broad potential for modelling embryogenesis in vitro. It is also an argument in favor of data repositories – large transcriptomics datasets such as this one can evidently be analyzed under many different perspectives beyond the original idea.

1) Have the authors considered performing trajectory inference analyses (e.g. pseudotime analysis) of their scRNA-Seq data to get a clearer picture of the presumably heterogeneous progenitors and their derivatives, particularly regarding hematoendothelial progenitors? Analyses of cell-cell communication (e.g. receptor-ligand pairs with a tool such as iTALK) could also shed light on how endodermal-derived factors may influence the development of hemogenic endothelium.

In Rossi et al. (Cell Stem Cells, 2020) we performed RNA velocity analysis that showed trajectories consistent with known in vivo differentiation pathways. We expect that a pseudotime analysis would provide similar information. Moreover, from our gene expression data shown directly on the UMAPs, side-by-side with time points, the temporal trends are already clear. Analyses of cell-cell receptor-ligand interactions could indeed be very interesting and are something we have planned.

2) The progenitors obtained from the gastruloids showed multilineage myeloid potential – did the authors find any evidence of T or B cell potential? If not, can they speculate if this is due to the limited time frame or rather a question of lineage specification?

These are excellent questions that we have not yet investigated. Based on the estimated developmental stage and the presence of CD93+ cells, it is possible that pre-B-lymphoid progenitor cells (CD93(AA4.1)+CD19+CD45R-/low phenotype; Montecino-Rodriguez et al., 2006) could exist in late gastruloids. Accordingly, the first wave of innate B-lymphopoietic progenitor cells develops around E9.0-9.5 in the yolk sac and intraembryonic para-aortic splanchnopleura (PSp) (Yoshimoto et al., 2011). Culture of gastruloid-derived cells in a colony-forming unit (CFU) assay (e.g., MethoCult™ M3630), which promotes growth of mouse pre-B lymphoid progenitor cells, or via co-culture of gastruloid-derived cells on a monolayer of OP9 stromal cells, may provide some insights.

Our current gastruloids may be too early to form T cell precursors, which are found in the mouse embryo in the fetal liver and yolk sac at E10 (Eren et al., 1987), whereas the formation of mature T cells requires a thymus-like environment that does not develop until around E11 (Tak et al., 2006). The presence of T cell potential in gastruloids could be tested by fetal thymus organ culture (FTOC) or co-culture with delta-like-1-expressing OP9 (OP9-DL1) stromal cells (Zúñiga-Pflücker et al., 2004).

3) Do the authors have ideas on what culture conditions could promote further enrichment and/or maturation of hematopoietic cells in these gastruloids? Do they plan to adapt this protocol to human pluripotent stem cells to compare mouse- and human-specific hematopoietic processes?

The addition of cytokines and growth factors such as stem cell factor (SCF), fms-related receptor tyrosine kinase-3 ligand (Flt3L), interleukin 3 (IL3), IL6, granulocyte colony-stimulating factor (G-CSF), and bone morphogenetic protein-4 (BMP-4) strongly promotes hematopoietic differentiation of pluripotent stem cells cultured as ‘embryoid bodies’ (e.g., Wang et al, 2005). We would expect that the addition of these or other factors would also promote the expansion and maturation of hematopoietic progenitor cells in our gastruloids. However, the timing for full hematopoietic maturation would likely exceed the current culture limits of gastruloids, which we can maintain in their typical elongated, polarized morphology for a maximum of 7-8 days. Expanding the culture window might allow acquisition of later stages of hematopoiesis. Alternatively, a co-culture system of gastruloid or gastruloid-derived progenitor cells with OP9 stromal cells could support further maturation of hematopoietic stem/progenitor cells. Of course, in this case, the spatially and temporally accurate embryo-like context in our gastruloids would be lost.

We are indeed very interested in translating our results to a human model system, specifically human gastruloids (Moris et al., 2020). It is important to keep in mind that even though the basic roadmap of blood development is generally conserved between humans and mice, differences exist in their immunophenotype, in the effect of cytokines on survival and differentiation, and  in the role of transcription factors and cellular behavior (Parekh et al., 2013). These are important implications for the design and translation of the murine to the human gastruloid system. Nevertheless, we see great potential to translate our findings to the human gastruloid system.