I want to break free! ♫ (…but you shan’t!): Drosophila germline stem cells form microtubule-based nanotubes towards the testis niche that ensure short-range signalling and secure proper niche-based degradation of Tkv-Dpp. 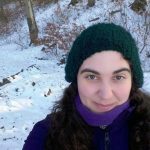 Ligands secreted from the hub, such as Decantaplegic (Dpp) and Unpaired (Upd), influence the immediate cells residing within the niche —that is, SC but not differentiating cells. This close range of action for hub-derived signals ensures that only SC will remain as such, while differentiating cells can progress to maintain spermatogenesis [2].

But how is this ‘response-boundary’ possible in such close quarters? In the Drosophila testis, GSC —and GSC only— project microtubule-based (MT)-nanotubes into hub cells. On the surface of these MT-nanotubes lies the receptor Thickveins (Tkv), whose ligand is Dpp. Therefore, GSC can respond to the hub signal Dpp, while gonialblasts cannot.

But is this physical contact enough to ensure short-range signalling in the niche or is there more to it? Indeed, there is. In this paper, Ladyzhets et al. show that MT-nanotubes promote internalization of the Tkv-Dpp receptor-ligand couple by the hub cells and its consequential degradation in lysosomes.

Tkv is taken from GSC to hub lysosomes where it is degraded, causing downregulation of Dpp signalling in GSC

Tkv is expressed on the surface of MT-nanotubes from GSC [3]. However, here, the authors found Tkv-mCherry of germline origin in the cytoplasm of hub cells, where it colocalized mostly with lysosomes. This suggested a translocation of Tkv from GSC to the hub lysosomes.

To further support this idea, temperature sensitive Tkv-mCherry expression in GSC was introduced through a heat-shock Flipase (hs-flp) system. One day after heat shock (ahs) infliction, Tkv-mCherry was seen in the plasma membrane and cytoplasm of GSC. After 2 days, Tkv-mCherry became detectable in the hub cells, and finally by day 3 ahs, the Tkv signal in the plasma membrane of GSC was weaker, while its detection in hub cells became stronger. This change in location for Tkv-mCherry shows its “movement” from GSC to hub cells. Additionally, upon chloroquine (CQ) treatment, which induces enlargement of lysosomes [4], raises its pH and inhibits lysosomal enzymes [5-7], the authors found that localization of Tkv matched the location of the enlarged punctae, i.e.: the enlarged lysosomes, in the hub. Moreover, Punt —a type II receptor and co-receptor of Tkv—, Tkv ligand Dpp (using a Dpp-mCherry line [8]) and a reporter for ligand-bound Tkv (Tkv-InversePericam-FKBP12, TIPF [9]) were also found in the lysosomes from hub cells. These findings suggest that Tkv from GSC is taken to the MT-nanotubes and then it translocates to lysosomes in the hub, together with its co-receptor Punt and its ligand Dpp.

Based on the location of Tkv and Dpp, the authors sought to determine whether receptor and ligand were being degraded in the hub lysosomes. To that end, they prevented lysosome function by knocking-down Spinster (Spin, a late endosomal/lysosomal efflux permease and a regulator of lysosomal biogenesis [10]) and Lysosomal-associated membrane protein-1 (Lamp1, a protein present in the membrane of lysosomes required for their fusion with endosomes [11]). Upon knock-down (KD) of Spin and Lamp1 in hub cells, Tkv punctae in the hub were bigger and levels of phosphorylated Mothers against dpp (pMad, a protein downstream of Dpp) were increased in GSC and their immediate progeny. However, this was not the case for Spin– and Lamp1-KD in GSC, suggesting that degradation of Tkv in hub lysosomes is needed for niche signal Dpp dampening.

Differentiation of GSC was not altered neither upon Spin– or Lamp1-KD in hub cells, nor when Tkv transport to the hub was compromised by KD of Intraflagellar transport-B (IFT, a gene needed for MT-nanotube formation [3]).

However, degradation of Tkv in hub lysosomes is necessary for niche Dpp-signal dampening, which in turn is key for GSC differentiation. To elucidate the mechanism behind this, the authors prevented Tkv transport to the hub (IFT-KD) together with overexpression of Tkv (TkvOE) in GSC. This resulted in prolonged staining of pMad in differentiating germ cells and in induced proliferation of GSC outside the niche. These tumor-like clusters of undifferentiated germ cells, however, were not seen when IFT-KD/TkvOE was specifically induced in differentiated germ cells by using bag of marbles (bam) as a driver for Gal4. Since Bam is a differentiation factor expressed in 4-8 cell stage spermatogonia that is downregulated by Dpp in GSC, the absence of its expression in testes from IFT-KD/TkvOE in GSC, supports the idea that the germline tumor-like clusters were caused by ectopic Dpp-Tkv signalling.

Based on the results from the IFT-KD, the authors proposed that Dpp diffuses away from the hub upon lysosomal degradation impairment. To challenge this hypothesis, flies expressing Dpp-mCherry were treated with CQ. In addition to enlarged punctae of Dpp-mCherry in hub cells —indicative of enlarged lysosomes and inhibited degradation—, Dpp-mCherry was also detected outside the hub. Diffusion of Dpp was verified by fluorescence recovery after photobleaching (FRAP) analysis.

Concomitantly, TIPF was detected in the plasma membrane of germ cells outside the niche. This suggests that diffused Dpp found its receptor Tkv in the differentiating germ cells and could thus explain the tumor-like clusters seen in the IFT-KD/TkvOE system.

Therefore, upon lysosome impairment Tkv-Dpp is not properly degraded, Dpp can diffuse away from the hub and activate signalling pathways in germ cells outside the niche causing germ cells-tumor-like clusters.

Therefore, in addition to providing a surface for Tkv-Dpp interaction, MT-nanotubes also help ensure proteolysis of the receptor (Tkv) and ligand (Dpp) by transferring the ligand-bound SC receptor to the lysosomes of the hub cells. Removing the ligand-bound receptor from GSC prevents Dpp from diffusing and interacting with Tkv outside the niche.

I found this preprint appealing because it portrays a very intriguing mechanism of communication/regulation between GSC and their niche. It would be very interesting to expand this onto other SC-niche models to see if it is a common feature of SC-niche interaction, but also to explore more in depth the existence of this —or a similar mechanism— for CySC within the Drosophila testis niche.

[7] Wibo M & Poole B. Protein degradation in cultured cells. II. The uptake of chloroquine by rat fibroblasts and the inhibition of cellular protein degradation and cathepsin B1. J. Cell Biol. 63, 430-40 (1974).