All for one, and none for the rest: Symmetry breaking in oocyte determination 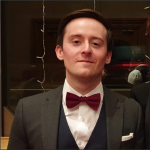 Following its exit from the stem cell niche, the daughters of germline stem cells undergo rounds of incomplete cell division to form cysts of cells linked together via a common cytoplasm. In Drosophila, the cells undergo four rounds of mitosis resulting in the formation of a 16-cell cyst, however, only 1 single cell will be chosen to form the mature oocyte while the other 15 cells support its development. This decision is associated with the asymmetric distribution of oocyte determinant factors (e.g. oskar and Orb) which accumulate in only one of the cyst cells. Previous studies have shown that this process is driven by microtubule-mediated trafficking of protein and mRNA, but a key question remains: how is one cell chosen over its conjoined siblings? Different models have been proposed to explain this, including an early asymmetry model that suggests the oocyte is predetermined early in cyst development by the asymmetric distribution of some oocyte-specifying factor, or an active stochastic cell competition model where all cells are initially competent to become the oocyte1.

Firstly, the authors identify Patronin, the microtubule minus-end binding protein, as a key regulator of symmetry breaking by demonstrating that patronin mutant cysts are unable to asymmetrically accumulate oocyte determinants. For example, Orb remains diffuse in all cyst cells in the absence of Patronin activity. Furthermore, imaging of fluorescently tagged Patronin revealed that Patronin itself begins to accumulate in the presumptive oocyte earlier than key oocyte determining factors such as Orb.

To test the role of Patronin in cyst microtubule organisation, the authors monitored microtubule growth in the germline over time using EB1-GFP, which localises to the growing ends of microtubules and therefore provides a live read-out of microtubule growth dynamics. In wildtype developing cysts, microtubule growth becomes progressively more polarised around the presumptive oocyte, however, in patronin mutant oocytes microtubule growth is not polarised at all. This shows that Patronin polarises the microtubule network by creating a microtubule organising centre (MTOC) in the presumptive oocyte to ensure the polarised accumulation of oocyte determinants, as well as Patronin itself. Interestingly, the authors show that this MTOC is largely independent of cyst centrosomes as most Patronin did not overlap with the centrosomal protein Asterless. These results are in agreement with the previous observation that, during this period, cyst centrosomes cluster within the oocyte but remain inactive2. Instead, Nashchekin et al. show that Patronin localises to the fusome, a specialised endomembrane organelle that is shared between each cyst cell.

Whilst these results show that Patronin is a key regulator of oocyte determination and MTOC organisation, how is one cell chosen to become the oocyte over the other 15-cyst cells? Interestingly, previous work has shown that during cell division the mother cell retains more of the fusome than its daughter, creating asymmetry between the now conjoined cyst cells3. Here, Nashchekin et al. observe that the majority of Patronin is localised to the fusome. They therefore propose that this initial asymmetry in the amount of fusome per cell drives the early accumulation of Patronin in a single cell. In support of this model, the authors identify the spectroplakin Short stop (Shot) as being essential for Patronin’s fusome localisation. In the absence of Shot, oocyte specification is perturbed in the majority of cysts. Therefore, Patronin’s fusome localisation is essential for cyst symmetry breaking.

The authors suggest that this early asymmetry initiates the progressive polarisation of the microtubule network and the directed trafficking of oocyte determinants to the cell with the most fusome. Indeed, they show that loss-of-function mutations of Dynein/dynactin complex components or the microtubule minus end binding domain of Patronin disrupt the accumulation of Patronin in the presumptive oocyte and instead lead to its diffuse fusome localisation. Similarly, pharmacological inhibition of microtubule polymerisation results in Patronin localising diffusely to the fusome throughout the cyst.  The authors therefore propose that while the initial asymmetry of the fusome is sufficient to begin breaking cyst symmetry, the Dynein-dependent trafficking of Patronin is essential to amplify the asymmetry in a positive feedback loop. This results in a polarised microtubule network that directs the accumulation of oocyte determinants to a single cell.

Significance of this paper

Previous studies have identified key regulators of oocyte specification, including those involved in microtubule trafficking and fusome biology. In this study, Nashchekin et al. identify a key factor that brings these phenomena together and show how this can drive symmetry breaking. The developing germline cyst cells take advantage of an initial weak asymmetry in the endomembrane system, biasing the levels of key factors which then amplify asymmetry over time. This ensures the polarisation of the microtubule network that is necessary to drive oocyte determination.

This study explains how the earliest symmetry breaking step in oogenesis occurs in Drosophila, a process not only essential for oocyte specification but also responsible for later anteroposterior patterning of the entire oocyte. It will be interesting to see whether these same principles govern oocyte specification in other organisms, particularly given that the fusome is not found in, for example, mammalian germ cells.

You show that Shot is necessary for the recruitment of Patronin to the fusome, but does Shot also accumulate along with Patronin in the presumptive oocyte or is the oocyte accumulation of Patronin independent of Shot?

No. Shot does not accumulate in the oocyte with Patronin, although it is slightly enriched in this cell because it contains more fusome material.

Given that the mother cell retains the most fusome and this asymmetry is obvious from the first cystoblast division, is it possible to say that the original, mother cystoblast cell is predestined to become the oocyte?

Yes, that is how we see it as well.

Mutations that disrupt the formation of the fusome have been shown to effect cyst development and oocyte specification. However, it is possible to induce oocyte formation even in underdeveloped cysts (6-12 cells) with little to no fusome. You also indicate that while the majority of patronin mutant cysts show uniform distribution of oocyte determinants there are some that don’t. Can therefore cysts, if only a small population of them, spontaneously undergo symmetry breaking in the absence of a specific initial asymmetry?

It is not known whether the fusome is entirely disrupted in these fusome mutants (hts and a-spectrin) since only a very limited number of markers were available at the time to assess fusome integrity (de Cuevas,M., Lee,J.K. and Spradling,A.C. (1996) alpha-spectrin is required for germline cell division and differentiation in the Drosophila ovary. Development, 122, 3959–3968). It is possible that some components of the fusome are still present in the mutant cysts and provide a symmetry-breaking cue by recruiting Shot and Patronin and this would be very interesting to test. Alternatively, spontaneous differences in Shot or Patronin distribution might be amplified by Dynein to concentrate Patronin in one of cell, which would be symmetry-breaking. It is also worth bearing in mind that the frequency of oocyte formation in hts and a-spectrin mutant cysts correlates with the number of cells in the cyst, and it is therefore possible that there are not enough oocyte determinants in the smaller cysts to specify the oocyte. In this case, the Patronin-dependent microtubule asymmetry may still exist but not be converted into a cell fate asymmetry.

We do not know why a small fraction of patronin mutant cysts localise Orb to one cell. This could be due to perdurance of some wild-type Patronin protein that was expressed before the clone was induced, read through of the stop mutation in the mutant allele or an entirely different process.