How does DNA repair vary in primates? A comparison of UV-repair profiles in the tiny nocturnal mouse lemur and human finds different repair rates but a correlation in distribution 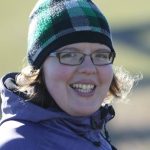 Nucleotide excision repair (NER) is responsible for the repair of bulky lesions in DNA such as those caused by UV light. There are two types of NER, global genome repair (GR), which acts over the entire genome, and Transcription Coupled Repair (TCR), which as the name suggests is limited to the transcribed regions of the genome and is reliant on the stalling of RNA Pol II. NER involves the excision of a 26 bp fragment surrounding the damaged base, followed by a polymerase filling in the excised gap. In order to understand how NER varies across the genome, the Sancar lab developed a clever genome-wide protocol in 2015 known as eXcision Repair sequencing (XR-seq) to sequence these excised DNA fragments. XR-seq relies upon immunoprecipitation of TFIIH which is bound to the excised fragments, followed by a second immunoprecipitation with an antibody to the damage of interest, such as the different UV damage types: cyclopyrimidine dimers (CPD) and 6-4 photoproducts (6-4 PP), repair of the damage with a photolyase, and sequencing with Next Gen methods. XR-seq profiles of different damage types have been used to detect regions where NER was increased and decreased in the genomes of Escherichia coli, Saccharomyces cerevisia, Drosophila melanogaster, Arabidopsis thaliana, Mus musculus and Homo sapiens, and the most efficient repair was found to occur in the open chromatin regions, with heterochromatic regions being repaired later. In order to determine whether the specific repair patterns that occur in humans were conserved throughout primates, the XR-seq profiles of the nocturnal grey mouse lemur were examined. The grey mouse lemur is the world’s smallest primate, weighing only 80 grams, and last shared a common ancestor with humans 60 million years ago, at the base of the primate clade. The genome of the mouse lemur was sequenced in 2017, and mouse lemur and human orthologs share 91% identity, however information about genomic regions is lacking for the mouse lemur. 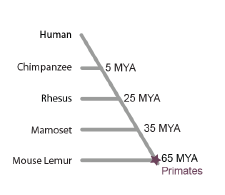 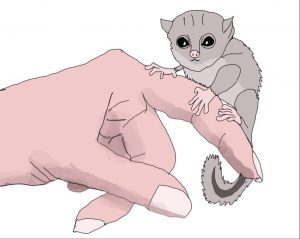 Fig 1. A) Phylogenetic tree showing the relationship between humans and other primates. Note that the mouse lemur diverged at the base of the primate clade. Figure made available under a CC-BY-NC 4.0 International license. B) Cartoon of a human hand holding a tiny mouse lemur by Kerryn Elliott

Performing XR-seq on mouse lemur fibroblasts resulted in excised fragments with similar size distribution to human cells, with enriched dipyrimidine content at the 19th 20th and 21st bases of the 26 base fragments, in agreement with previous studies. In UV sensitivity tests, the mouse lemur cells were more sensitive to UV light, which could be expected given their infrequent exposure to UV light as they are nocturnal. Immunoblot timecourse analysis using damage antibodies also suggested that mouse lemur repair rate was decreased compared to human fibroblasts, as more damage remained at later timepoints for both CPDs and 6-4 PPs.

Comparison of the role of TCR, which is only found on the transcribed strand in active genes, in a subset of protein coding genes in the two primates showed an elevated TCR profile in the mouse lemur for CPD repair (Fig 2). The authors suggest that this actually represents a deficiency in global genome repair in these regions, rather than more efficient TCR. 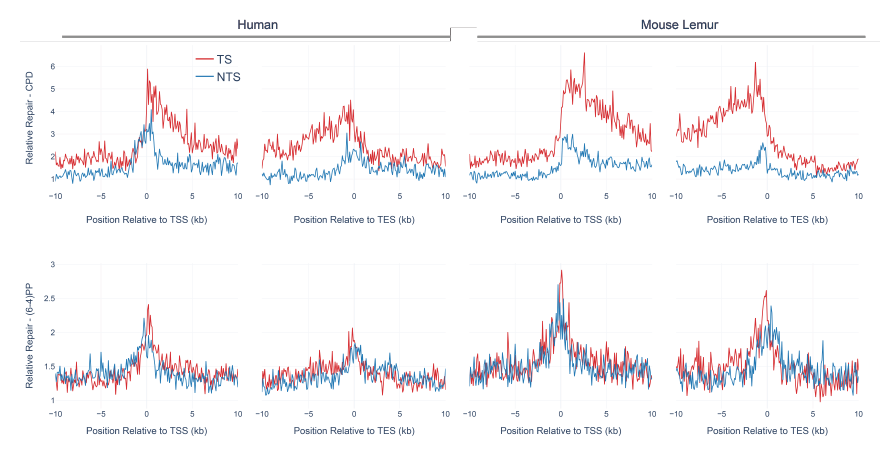 To investigate the genome-wide repair profiles between humans and mouse lemur, homologous genomic regions larger than 400 bp with at least 80% identity and without multiple copies were compared (Fig 3). This represented only 1 and 1.3% of the human and mouse lemur genomes, and 4-5% of CPDs and 2-3% of the 6-4 PPs mapped to these regions. Here the correlation between the fibroblasts of the two species (R=0.72) was better than when XR-seq was performed on another human cell line, GM12878 a B-lymphocyte line, and compared to the human fibroblasts (R=0.65), suggesting the cell type was more important than the species.

Fig 3. Summary of the approach to identify homologous regions between humans and mouse lemur for comparison of XR-seq profiles. Figure made available under a CC-BY-NC 4.0 International license.

Comparison of repair profiles with transcription levels using RNA-seq between the human and mouse lemur fibroblasts also showed that the strength of correlation of the repair profiles was dependent upon transcription levels, with highly expressed genes having an increased repair correlation between the two species. This suggests that despite showing altered repair rate, the regions where repair occurred were likely related to chromatin state which is similar between the fibroblasts from both species, and this repair is conserved within primates.

My work has been focused on determining why hotspot mutations occur in the promoters of active genes in melanoma patients, and we and others have published several papers which demonstrate that these sites show elevated CPD formation due to transcription factor binding at these promoters creating a “UV damage prone” site in the DNA, followed by decreased repair efficiency. XR-seq datasets have proven to be extremely useful for establishing the important role of repair in mutational processes, so determining whether these repair processes are present in other primates in an interesting story. Having now a comparison repair profile for an essentially “non UV exposed” primate will allow us to understand whether these repair mechanisms are unique to humans or conserved within primates.

1. The mouse lemur is an interesting choice for model organism. How did you decide upon and sample this animal?

We think that the complete answer has two parts:  First, we wanted to sample from the Strepsirrhini (the other half of the primate clade) so that we could measure differences/similarities (i.e., homologous states) that would reflect the ancestral primate condition.  We can make this claim given that the most recent common ancestor (MRCA) of humans and mouse lemurs is shared by all living primates.  And, mouse lemur specifically because they are as ecologically, phenotypically, metabolically different from humans as is possible, within the primate clade.  Thus, if there were differences to be observed in DNA repair mechanisms within primates, this gave us our best shot to detect them.

2. Can you expand on your reasoning behind the increased TCR profile for the mouse lemur? Do you think comparing XR-seq profiles from a more closely related primate to humans would show a more similar TCR profile to humans or lemurs?

3. Only a very small region of the genomes (1 and 1.3%) was used for much of this comparison analysis despite a 91% identity between the species. What is the genomic composition of the overlapping regions and how much does this influence the repair correlation? Are these homologous regions more prone to TCR?

We applied strict criteria of 80% identity to make sure that we retrieve the orthologous sequences. We removed ambiguous orthologs such as the ones having differential paralogs in one of the species. Yes, the obtained regions are abundant with respect to genes. Therefore, we are getting more genes than we would if we randomly picked genome regions. We looked at the intergenic regions and confirmed correlation at the same strength (not shown in the manuscript). Therefore, we think that the correlation is not due to TCR only. Moreover, (6-4)PPs which are mostly (if not exclusively) repaired by global repair also form distinct clusters in PCA plot, which suggests the chromatin effect along with transcription in repair heterogeneity.

4. Did you compare gene expression of the unrelated cell type GM12878 to see if it was gene expression pattern that was responsible for the lower correlation in repair profile?

We haven’t compared the expression data of GM12878. I think that the difference would be transcription patterns as well as chromatin structure between the two cell types.

5. It is very interesting to see that despite being nocturnal and therefore not particularly exposed to UV light, that the mouse lemur still shows relatively efficient repair of UV damage, although at a decreased rate. Did you expect otherwise?

We expected to see similar rates of UV repair between the two species because NER is so highly conserved throughout evolution, not only to repair exogenous DNA damage such as UV, but also to repair endogenous DNA damage that occurs when DNA reacts with electrophiles or reactive free radicals generated during metabolism.  Although UV may not be physiologically relevant to nocturnal animals, or even cell types not located in the skin (such as lymphocytes), it serves as a powerful tool to analyze DNA damage because it is instantaneous and produces a high level of well-characterized damage types (CPD, (6-4)PP) that can be analyzed separately. What we learn about repair of UV damage by NER can then be extrapolated to other types of DNA damage.