Letting the cat out of the bag: Cytoplasmic microtubules contain actin filaments 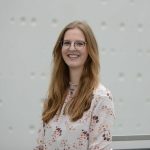 The interaction between actin filaments and microtubules have been extensively studied during the last decades. This interplay between the two cytoskeletal systems is crucial during migration, polarization and division of the cell. Depending on the cellular context, the interaction of the two main cytoskeletal components occurs through either physical crosslinkers or passive interference. Although much is known about the structures of actin filaments and microtubules, a key question remains unresolved: What does the microtubule lumen consist of? In cytoplasmic microtubules, tubulin modifying enzymes have been identified and in sperm flagella microtubules, higher structures have been described. However, the content of cytoplasmic microtubules has thus far not been thoroughly revealed, as Cryo-EM analysis requires a very thin sample and super-resolution fluorescence microscopy is problematic in microtubules due to impaired antibody epitope accessibility.

Recently, the authors of this study identified a small-molecule activator (kinesore) of the microtubule motor kinesin-1, by which cytoplasmic microtubules bundle and reorganize in a nonradial network spread throughout the cytoplasm and expand in membrane-bound projections. Here the authors, by taking advantage of kinesore’s ability of inducing thin protrusive structures, set up a Cryo Electron Tomography (Cryo-ET) imaging protocol for analysis of the lumen of microtubules residing in the kinesore-induced cellular projections. Remarkably, the approach of Paul et al. revealed that filamentous actin can be found within the microtubule’s lumen.

The lumen of microtubules in cell projections contain actin filaments

Within the lumen of kinesore induced microtubules, cryo-ET analysis identified structures with filamentous density and helical appearance (Fig. 1B). To understand if the 5-9 nm wide filaments could be actin, kinesore treated cells were stained for tubulin and F-actin, revealing patches of F-actin linking gaps in ß-tubulin staining.

To further validate that the luminal filaments are actin fibers and to understand the difference between the two groups of filaments, layer line images after Fourier transforms of 2D projection images from 3D subvolumes were analyzed. This analysis showed that the class I filaments can be identified as F-actin by reflecting an actin layer line pattern. The class II filaments also resemble an actin layer pattern with a distinctive meridional reflection indicating affiliated proteins at the lumenal actin. This meridional reflection is speculated to resemble a formin-like encircled actin backbone.

By additional accumulation of cytoplasmic microtubules in cell projections, the approach of Paul et al., allows the analysis of the microtubule lumen via Cryo-ET, overcoming previous limitations in sample thickness. The identification of filamentous actin within the lumen of microtubules sheds a new light on the crosstalk of actin with microtubules. Previously, actin filaments and microtubules were thought to merely interact, but the idea of one incorporating the other gives rise to new questions in the field.

This is an interesting question that we are currently exploring. One attractive hypothesis is that the projections contain microtubules originating from different parts of the cell, and that this is reflected in different actin content.

To the best of our knowledge, F-actin in microtubules hasn’t been observed before in any context. An important question is whether this has simply been a technical limitation because it is difficult to detect without cryo-tomography of very thin samples. Advances in FIB-SEM techniques may hold the key to addressing this.

The question of dynamics of the filaments is an important one. We currently don’t have any means to explore this. A priority going forward must be to discover a way to detect this lumenal actin using fluorescent imaging in cells and seek to reconstitute microtubule lumenal actin in vitro.