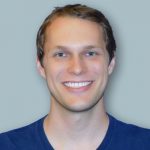 However, the authors note that more transient forms of cellular memory are less well studied and the subject of debate. While cell-to-cell variations in mRNA transcription have been observed, the importance and physiological relevance of these fluctuations is still unclear. Shaffer et al. therefore set out to determine if fluctuations in mRNA expression could be inherited over several rounds of cell division, and if they do, whether this would have phenotypic consequences.

To identify transcripts that may exhibit fluctuations persisting over multiple generations of cell divisions, the authors combined Luria and Delbrück’s fluctuation analysis with bulk-cell mRNA sequencing, a technique they termed “MemorySeq.” An isogenic melanoma cell line was sorted into single-cell clones, and each clone was expanded to ~100,000 cells. Each clonal population was subjected to bulk-cell RNA sequencing. The authors looked for transcripts that exhibited a high degree of variance amongst the clonal populations. The authors describe the rational as follows: if a transcript has rapid fluctuations that don’t persist over generations, then during the expansion of each clone many cells will transition in and out of a “high” expression state (Figure 1). Thus, sequencing counts of a given transcript will be fairly similar across clonal populations. However, if a transcript exhibits slower, more persistent fluctuations, then “high” expression of this slowly fluctuating transcript will be inherited across cell divisions. If a cell happened to be in the “high” state early on following single-cell sorting, then clonal expansion will result in a disproportionally high level of that transcript in the population. A slowly-fluctuating transcript (i.e., one with short-term memory) is therefore one with high variability in transcript level across the different clonal populations. The authors were particularly interested in slowly fluctuating transcripts that might be stable across multiple cell divisions, allowing phenotypic inheritance.

Using this technique, the authors identify 227 slowly fluctuating transcripts (e.g., NGFR). The authors validate their findings through several orthogonal methods. Sparse plating followed by a growth period and mRNA FISH revealed colonies of high-expressing cells amongst a plate of otherwise low-expressing cells. The close spatial proximity of these cells suggests they were all derived from a single highly-expressing cell, providing additional evidence for persistence of high expression levels across multiple generations. The authors also performed endogenous tagging of the NGFR locus with a fluorescent protein. Timelapse fluorescence microscopy of the tagged NGFR protein revealed fluctuations in protein level, suggesting that fluctuations in transcript level translate to fluctuations in protein level.

The authors then provided a nice demonstration of phenotypic consequences of slow fluctuations in transcript level. Cells were sorted for those expressing high levels of the NGFR protein. NGFR-high cells or the original mixed population were treated with a MEK inhibitor, a drug used clinically for the treatment of melanoma. In the mixed population, few resistant colonies were observed. However, in the NGFR-high sorted cells, there was a much greater outgrowth of resistant colonies. Thus, slow fluctuations in transcripts like NGFR may be clinically important in the resistance of cancer cells to targeted therapies.

To demonstrate the flexibility of MemorySeq, the authors also use the technique on a triple-negative breast cancer cell line. Once again, they identify transcripts with slow fluctuations and show that these fluctuations may underlie chemotherapy resistance. This is a nice validation of the technique and suggests that it may be suitable for more widespread use in identifying potential resistance genes in a variety of cancer types and treatment modalities.

Why I picked this preprint

I particularly like this preprint for its readability. The language is clear and concise, with nice explanations of the concepts and interpretations of the data. Diagrams in the first panel of almost every figure clearly depict the experimental setup and hypotheses for potential outcomes of the experiment. Figures are simple to understand and can stand on their own. Overall, it makes for a fun reading experience where you get to follow along with an interesting scientific story.

A better understanding of more flexible forms of cellular memory will contribute to our understanding of how cancer cells may avoid therapy, as the authors demonstrate. Transient memory may also prove important in aspects of normal cellular functioning as well. For example, transient fluctuations in mRNA expression levels may be important during development or in response to environmental stressors such as viral infection. Therefore, I expect future studies to build on this interesting concept and extend it to other areas of cell and organismal biology.

I also enjoy the use of classical techniques combined with new methods to answer interesting questions in biology. In this paper (and in a past paper), the authors employed fluctuation analysis as the fundamental technique of the paper (Shaffer et al., 2017). This technique was most famously used in Luria and Delbrück’s seminal paper studying the heritable nature of bacterial resistance to bacteria-destroying viruses (Luria and Delbrück, 1943). The combination of modern and classical techniques makes for a fun paper that inspired a sense of nostalgia for me.

To those interested in reading more about classical biology, I would recommend The Eighth of Creation by Horace Judson and Phage and the Origins of Molecular Biology from Cold Spring Harbor Lab Press. Both books provide insight into the context behind many of the famous biology experiments of the 20th century.

This study pertains very interestingly to another concept in RNA/cell identity biology: are each of the cells inherently different from each other (do they have their own identity?) or are they the same and do they display differences in “behavior” (does their mood change upon their context?). Is this behavior, potentially driven by its environment, going to be ingrained in the next generation? This is particularly fascinating, thinking about how each cell descents from another one in the population (which, even in normal development, is true, to an extreme extent).

As we are starting to understand how a single cell in a tissue distinguishes itself from its neighbor, and how it knows what to “do” in its exact location within a certain tissue, I think these concepts and questions are becoming increasingly important. Basic (in-plate) experiments may prove extremely useful to start studying, in a potentially slightly less complex model system (the plate, the monolayer), a concept that we will hopefully decipher in the future!

Thanks so much for preLighting our paper!! And so sorry for the crazy late reply…

Regarding where the slow fluctuations arise: absolutely no idea! We don’t think that it has to do with the details of the transcriptional process per se, but rather something about the regulatory milieu. We (Lea Schuh and Yogesh Goyal) have done some simulations showing that pretty standard models of transcriptional bursting coupled with regulatory interactions CAN in principle give these sorts of fluctuations, but of course, could be some other mechanism as well.

Fluctuations at the protein level: well, we looked at NGFR by live cell tagging, and have also demonstrated correlation by a few other antibodies (CA9, EGFR, AXL). Probably holds more generally, but we are doing some more tagging with timelapse to figure it out.

Regarding reversibility: yes, the changes appear reversible. It can take a while, and we still don’t have a good sense of what the time scale is—probably something on the order of 3-10 cell divisions. Probably also depends on the particular gene, as some will be faster/slower than others.

Anyway, thanks again so much for highlighting our paper!
Arjun