Force transmission in folding tissue: the actomyosin network needs to party with microtubules. 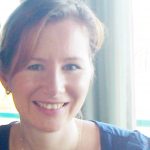 In the past years, it became clear that physical tension (also often called tissue/mechanical stress) represents one of the driving mechanisms that remodels/forms epithelial tissues. Although it is also well known that such mechanical stress is generated by actomyosin contractility, it has remained largely unclear how the tension is transmitted within tissues.

In this new preprint, Ko et al. (Martin’s lab, MIT, USA) presents a novel discovery as to how cellular force is transmitted through the embryonic tissue by studying apically constricting mesodermal cells in comparison to the neighboring ectoderm cells during Drosophila ventral furrow formation.

1) Inspired by literature and curious about microtubules (MTs), the authors examined the localization of the microtubule minus-end binding protein called Patronin. This protein forms foci that colocalize with non-muscle Myosin-II (Myo-II) and RhoA/ROCK in the medioapical center of mesodermal cells and Patronin foci assembly correlates with actomyosin contractility.

2) Given the centralized localization of the Patronin::GFP and link to actomyosin contractility, the authors search and find that apical microtubules (MTs) are present in mesodermal cells. They test whether apical Patronin foci could reflect a presence of a centrosome or a sort of MT organizing center. Based on their further findings that centrosomal markers localized well below apical Patronin foci, they propose that observed MTs are part of an apical non-centrosomal MT-organizing center.

3) In addition, their pharmacological experiments reveal that RhoA and Myo-II contractility are required for formation of the non-centrosomal microtubule-organizing center. In contrast, MTs are dispensable for apical activation of actomyosin contractility and adherens junction assembly. However, these experiments also demonstrate that MTs had an impact on actomyosin localization/distribution and stabilize the attachment between actomyosin network to the E-cadherin based adherens junctions (AJ). The authors show that although the actomyosin network can sufficiently pulse without MTs, the generated tension cannot be spread through the tissue due to detachment of the actomyosin network from the AJs, resulting in folding defects during ventral furrow formation.

In mesodermal Drosophila embryonic cells, the authors recognize that actomyosin needs to collaborate with non-centrosomal MTs in order to stabilize the attachment of the actomyosin network to AJs. Only then can proper transmission of mechanical cellular tension through the tissue effectively form the Drosophila ventral furrow.

What I like about it and why I chose it

This preprint is simple and clean, the authors guide the readers really well. What fascinates me on this preprint is that the authors do not perform extremely complicated experiments, yet, they provide a clear vision and novel finding as to how actomyosin transmits mechanical force during embryonic Drosophila ventral furrow formation.

What I especially like about this preprint is that it clearly addresses which cytoskeletal component comes first in this folding Drosophila tissue.  It is often puzzling whether it is the actomyosin network or MTs, which lead the way in migratory and developmental processes. Here the authors uncover that actomyosin contractility is the initiator and MTs support it as stabilizers and tension/force transmitters to enable folding of this tissue.

1) The authors explain that Patronin protein belongs to a family of calmodulin-regulated spectrin-associated proteins (CAMSAPs). Is there any information whether spectrins mutants cause defective ventral furrow formation in Drosophila or tissue deformations in other animal tissues?

2) On a similar note, I am quite curious how can MTs stabilize actomyosin attachment to the AJs?

3) Based on the pharmacological experiments, the authors find that F-actin depletion leads to an increase in MT bundles formation in the medioapical area of mesodermal cells and at the same time disruption of Patronin foci. Can the actomyosin network somehow “fine tune” MTs? 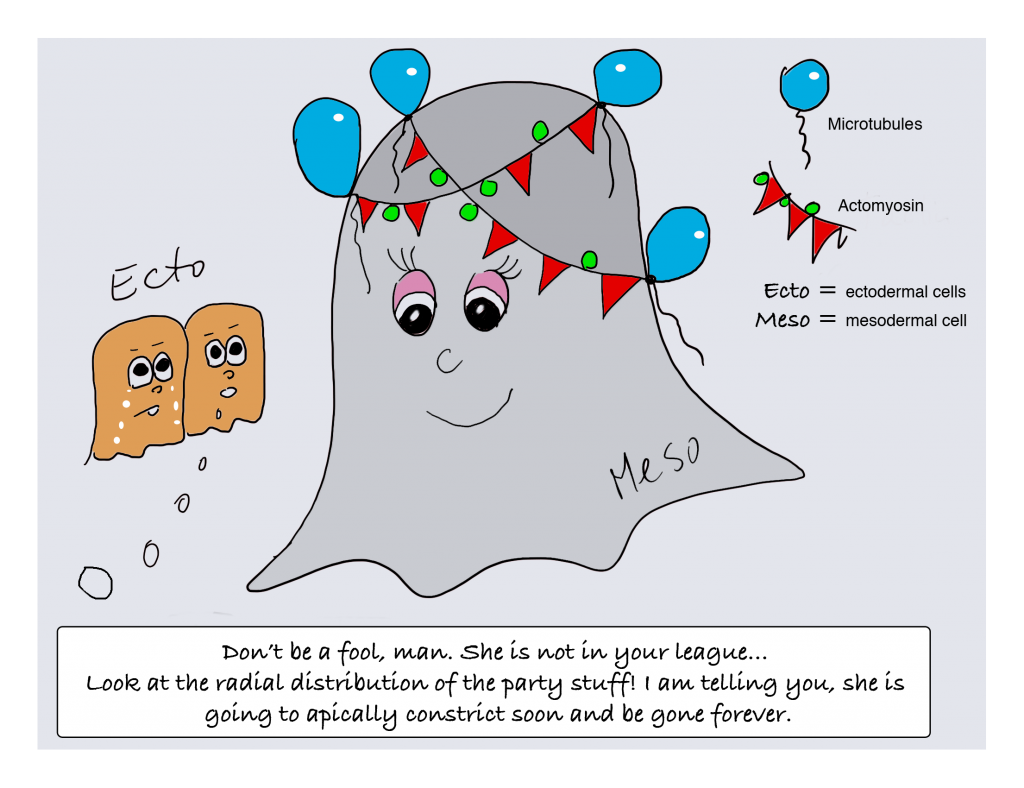