What drives TB reactivation during HIV infection? In vivo non-human primate models may provide some answers. 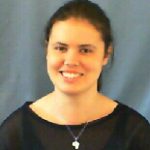 Despite decades of research, tuberculosis (TB) still caused approximately 1.5 million deaths in 2018. Mycobacterium tuberculosis (Mtb) is the causative agent of TB and has remarkable immune evasion capabilities. In 90% of cases, patients develop an asymptomatic latent infection that can last a lifetime. Why a select group of patients develop active infection remains unclear, however human immunodeficiency virus (HIV) is well known to increase susceptibility to TB. This largely has been attributed to HIV-induced CD4 T cell loss. However, this is not the full story.

Following infection, the host immune system surrounds TB-infected macrophages and forms a granuloma. This structure is a two-edged sword – it prevents further spread of bacteria and allows immunological control, but also provides a prime site for bacterial survival and replication. Maintaining the granuloma requires a delicate balance that can be disrupted by many factors. Using cynomolgus macaques infected with Mtb and simian immunodeficiency virus (SIV), Diedrich et al shed light on some of the intricacies at work within the immune granuloma.

CD4+ loss alone does not explain all the pathology observed during Mtb reactivation.

By comparing the reactivation and resulting pathology in TB-infected macaques treated with either SIV or anti-CD4 antibody, the authors found that, while αCD4 treatment resulted in greater CD4 T cell depletion in the animals, it was the SIV treated macaques that had higher bacterial numbers and a more severe pathology. Mtb/SIV treated macaques also had a higher number of new granulomas than the Mtb/CD4 animals, suggesting greater dissemination of bacteria.

It’s all in the cytokines

To study the changes in T cell activity within lung granulomas, Diedrich et al performed principal component analysis, with IFN-α, IFN-γ, TNF, IL-2, IL-17, IL-10, IL-4 and granzyme B included as markers of T cell activation. Overall, both CD4 and CD8 T cells had a higher score in Mtb/SIV-treated animals, whether reactivated or not. In addition, animals that underwent reactivation had a higher score than those that did not in Mtb/SIV animals, whereas Mtb/αCD4 animals showed no difference between activation states. Altogether, Mtb/SIV induced greater immune activation than either Mtb alone or Mtb/αCD4, and this heightened immune activation correlated with increased growth of Mtb and replication of SIV.

It’s a symbiotic relationship (but not for us).

Perhaps of greatest interest from a therapeutic perspective is this finding: Mtb-positive granulomas had higher SIV RNA copy numbers, and animals who underwent TB reactivation had higher SIV RNA copy numbers than those that did not. In addition, Mtb-positive granulomas from reactivated animals also had a higher proportion of live bacteria, compared to those of animals whose infection remained in latency. Together, these findings suggest that Mtb and SIV co-operate – within the granuloma, Mtb provides an optimised environment for SIV replication, while SIV reduces Mtb death. This confirms earlier in vitro research suggesting that HIV replication could be improved by Mtb. Exactly how these two achieve symbiosis remains unclear, but it provides an insight into the complex innerworkings of the TB granuloma that may prove invaluable for future therapeutic developments.

From PrePrint Figure 7: Illustration of how SIV affects the immunological function of lung granulomas. SIV co-infection results in increased CD8 T cells and increased Th1 cytokine production in the Mtb granuloma. Co-infection with SIV also increases the number of granulomas formed and Mtb growth, and reduces Mtb killing within the granuloma.

TB remains a dominant player in the world of infectious disease. While it does enter latency in 90% of cases, any stress to the immune system can leave infected individuals vulnerable to reactivation. HIV, which specifically targets immune cells, presents a major risk factor to individuals with latent TB. Understanding how HIV triggers TB reactivation, along with the resulting pathology, is imperative for patient treatment. In addition, understanding how TB and HIV might benefit one another when co-infected could provide crucial information for the development of new therapies against both diseases. This work, which seeks to understand such mechanisms, is therefore of great importance.

Why did I choose it?

Even if you exclude third parties, Mtb/host interactions are complex. In vivo research is paramount if we are ever to truly understand them. Using non-human primates as a model reduces the genetic variability that limits the clarity in human data and increases the potential for direct transference of results to humans (something that is difficult to do in other model species). This study includes time points that occur before pathology can be readily observed. While this may not be directly beneficial to human TB, where the development of symptoms usually precedes diagnosis, it will provide crucial information about disease development that is missed in human studies.

Gut microbiome features are associated with sepsis onset and outcomes