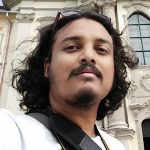 Lymphatic vessels are crucial components in vertebrate fluid homeostasis. They build a network of vessels and nodes that is important for drainage of interstitial fluid, circulation of immune cells and transport of dietary lipids.

In the past decade, zebrafish has been well-established as a model system for lymphatic development3,4. In this study, Jung et al. combined human endothelial cell culture system and zebrafish embryos to identify how miRNA-204 and its target nfatc1 is required to generate optimal levels of lymphatic structures.

Enrichment of miR-204 was also found in developing LECs of zebrafish embryos, but the zebrafish genome harbors three paralogues of miR-204 (referred as miR-204-1, 204-2 and 204-3), all of which produce a mature miR-204 whose sequence that is 100% identical to its human counterpart. Injection of a pan-miR-204 morpholino, that suppresses the mature miR-204 produced from all the three loci, caused loss of early lymphatic structures in the trunk of the embryos. However, a CRISPR mutant that was designed to disrupt 204-1 showed no phenotype and caused only 20% reduction in the total miR-204 content, indicating that 204-2 and/or 204-3 can compensate for this mutation. Using morpholinos that specifically suppressed miR-204-1, 204-2, 204-3 or a combination of them, the authors could conclude that miR-204-1 and 204-2 are the major contributors towards the total miR-204 and suppressing products from these two loci together caused prominent loss of early lymphatics in the trunk. The role of miR-204 as a positive regulator for lymphatic formation was further strengthened when lymphatic-specific overexpression of miR-204 resulted in faster development of the thoracic duct, the early forming lymphatic vessel in the trunk.

To identify the gene(s) regulated by miR-204, the authors utilized RNA22, a computational tool for miRNA target discovery5, and identified nfatc1 as a possible target. The authors showed that miR-204 can indeed supress nfatc1 and it is mediated through miR-204 binding in the 3’UTR region of the nfatc1 transcript. Furthermore, suppression of miR-204 indeed increased endogenous nfatc1 transcript levels both in human LECs and in zebrafish. Loss of Nfatc1 has been previously shown to cause lymphatic hyperplasia in mouse6. Similarly, Jung et al. found thoracic duct enlargement upon suppression of nfatc1 transcript or inhibition of Nfatc1 downstream pathway.

There is also something exciting about identifying miRNAs that strongly influence certain biological processes. Since miRNAs are small sequences, they can be easily delivered, sometimes with suitable modifications, for miRNA-based therapeutics7. In fact, several miRNAs have been utilized for preclinical studies, and a few are being considered for clinical trials. This is of importance in the context of lymphatics, as lymphatic dysfunction causes a range of debilitating conditions, called lymphedema, which lacks a proper cure. Identification of miRNAs that can have impact on lymphatic development and maintenance offers opportunities for therapeutics, and thus this study, although very preliminary, opens such an opportunity.