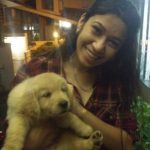 The term granuloma is synonymous with tuberculosis (TB) for those working with the deadly pathogen, Mycobacterium tuberculosis (Mtb). Upon Mtb infection, granuloma is formed in the lungs by accumulation of bacteria and immune cell infiltrates. Granuloma’s role in the progression of TB however, remains ambiguous. Some report it as a host-protective structure constricting the spread of the pathogen, yet others have shown that it is in fact, a favoured pathogenic niche1. Thus, while we know how a granuloma is structurally formed, we are far from understanding its dynamic environment and their implications on disease evolution2.

Among the many immune cell types occurring in a granuloma are CD4+ T cells; IFNγ produced by these cells is an important determinant of immunity against Mtb3. Several studies indicate that CD4+ T cells may traffic poorly to a granuloma and/or they may be functionally less efficient4,5. Such reports raise a question about the presence of inhibitory mechanisms within the epicenter that restrict T cell-mediated immunity.

Here, Gern and colleagues demonstrate a key role for the cytokine TGF-β in dampening T cell responses in mouse and non-human primate (NHP) lungs upon Mtb infection using a combination of imaging and cytometric analysis. Their findings implicate the immunotherapeutic targeting of TGF-β pathway as an adjunct to existing tuberculosis therapy.

Through studies on mycobacteria-infected mice, NHPs and humans, it was clear that lungs of these animals harboured high levels of TGF-β. Authors of this manuscript show that this situation is not, however, synonymous with TGF-β inundation of the lung. Instead, there exists a systematic spatial organization of this cytokine with high levels in the granuloma that recede as we move away from it. They go on to demonstrate that elevated TGF-β is detrimental to the anti-mycobacterial activity of T cells and that this is achieved through the suppression of T cell-derived IFN-γ.

It is well recognized that granulomas formed in mice lack important features of their counterparts in human. At the outset, authors of this manuscript develop a novel model system called the ultra-low dose (ULD) mouse model that faithfully recapitulates the essence of the human granuloma.

Utilizing this model and multiplex confocal imaging coupled to histocytometry, authors uncover that:

How I believe this pre-print moves the field forward

A picture is worth a thousand graphs and perhaps that is why we are relying on increasing visual representation of our data. However, this must be accompanied by robust quantitation and statistical analysis. This manuscript achieves exactly that. Further, the authors utilize several mouse models (ULD, KO, transgenic, chimeric) in addition to NHPs to validate their hypothesis. Conceptually, this study is important as it reinforces what some among the tuberculosis community believed for a long time, granulomas are fluid structures.

Gut microbiome features are associated with sepsis onset and outcomes