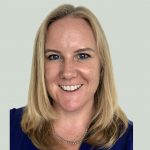 How small changes in cell shape are generated and transmitted across tissues to cause large-scale rearrangements of tissue architecture is a fundamental question in developmental biology. During various morphogenetic processes, actomyosin foci form at the apical cell cortex and undergo periodic contractions, or pulses. These actomyosin pulses pull on actin filaments connected to adherens junctions to drive changes in cell shape.

The mechanisms regulating actomyosin pulsation have been well studied and many of the underlying signalling molecules have been described1,2. Yet, it remained unclear how the myosin pulses interact with the cortical actin network to both effect changes in shape within the cell, and propagate forces across cell boundaries throughout a tissue.

In this preprint by Dehapiot et al, the authors identify two subpopulations of cortical actin filaments in Drosophila embryos: a pulsatile network and a persistent network. By combining genetic manipulations, live imaging and computational modelling, they show how the pulsatile network promotes cell shape changes and the persistent network supports the transmission of contractile forces through the tissue. 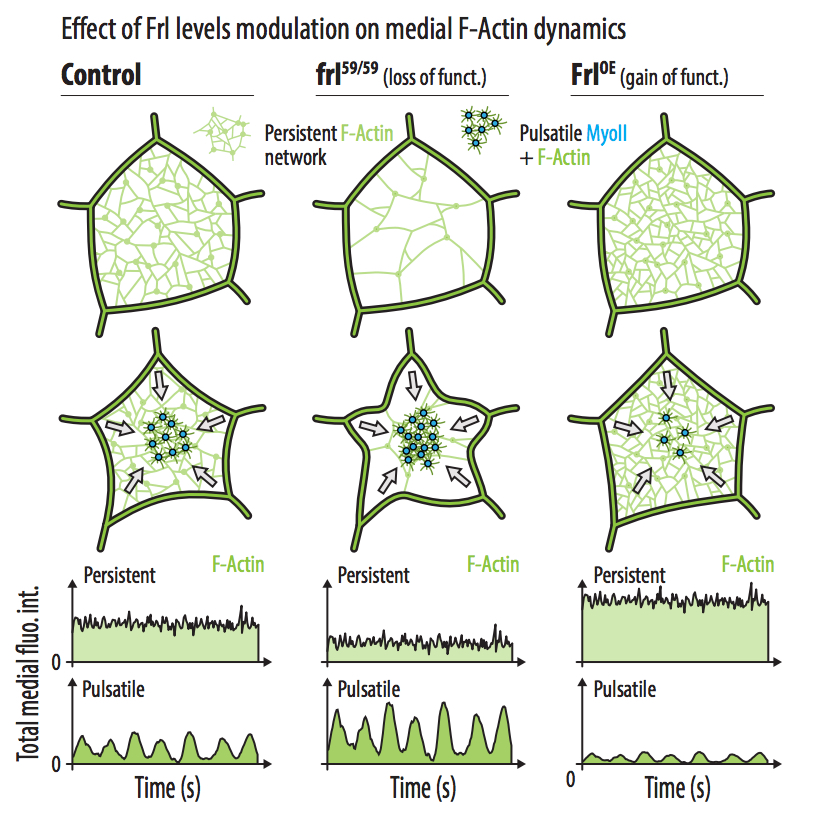 Why I chose this preprint & how it moves the field forward

The molecular and mechanical details of actomyosin networks can sometimes be heavy reading for the non-specialist but this paper is beautifully written. The authors proceed logically through the experiments explaining the rationale behind each one and allowing the reader to follow their thinking. The experiments themselves are often relatively simple but the imaging is excellent and the analysis is elegant. The use of nicely designed schematics also helps to explain the findings at a glance.

Importantly, the authors’ approach allows them to look beyond the pulsatile myosin contractility that has been well studied during morphogenesis, and begin to tease apart the effects of the organisation of the cortical actin network. This is interesting because it provides new insights into an additional level of actin-mediated regulation of epithelial cell dynamics that is likely to be relevant to many other developmental contexts. By differentially modulating the subpopulations of actin filaments, cells may be able to fine tune the degree of cellular deformation and the spatial propagation of forces at different times during development and within different tissues.

More broadly, I think this paper is a wonderful example of how variations in the expression level of a single protein can cause molecular alterations within the cell that alter mechanical properties and have far-reaching consequences for morphogenesis.

Future directions and questions for the authors.

This paper identified a new role for formins distinct from their well-known roles in lamellipodia/filopodia formation. Future work will likely reveal how formin activity is regulated in this context and which specific formins are involved.

The authors showed that the persistent actin network acts to inhibit Rho activity but it remains to be shown how this happens.

Actomyosin pulsing also occurs during development in C.elegans3, Xenopus4 and the preimplantation mouse embryo5. It will be interesting to see whether similar subpopulations of cortical actin filaments exist in these systems and if they also act to tune cell deformation and the propagation of forces across the tissue.

Q1:      What motivated you to look for a subpopulation of actin filaments distinct from the contractile network?

Q2:      Previous research on apical constriction proposed the existence of a “molecular clutch” that modulates the strength of the connection between adherens junctions and the apical actomyosin network6. Although this is usually thought of in terms of adhesion complex regulation, could Frl/Fmn1 also be thought of as a clutch mechanism by controlling the density of the persistent actin network, and therefore the strength of the connection between actin and the junctions?

Q3:      Formins also regulate the microtubule cytoskeleton and microtubules have recently been shown to promote connections between medioapical actomyosin and adherens junctions in Drosophila epithelia7. Did you consider any potential effects of the formin manipulations on the microtubule network?­