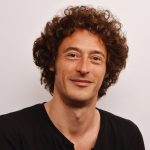 The life cycle of adhesions

Transmembrane receptors called integrins mediate cell adhesion to the extracellular matrix and form a wide variety of adhesive structures that are connected to the actin cytoskeleton. Examples of such structures include focal adhesions (FAs), which are major hubs for signal transduction in many cell types, and podosomes, which are important for matrix degradation and invasiveness of tumor cells, dendritic cells, and macrophages. Microtubules crosstalk extensively with actin filaments at multiple levels, and it is increasingly recognized that they play a pivotal role in the regulation of actin-associated structures including integrin adhesions. Microtubules are targeted to and captured by FAs, which is driven by microtubule plus-end tracking proteins such as the end-binding (EB) and cytoskeletal linker-associated (CLASP) proteins, but they also promote their disassembly by delivery of endocytic machinery to FAs (1,2). Therefore, inhibition of microtubule polymerization by agents such as nocodazole leads to larger and more stable FAs. Intriguingly and for as yet unknown reasons, microtubules have the opposite effect on podosomes; they seem required for their maintenance, as podosomes are lost upon treatment with nocodazole.

It has recently become apparent that microtubule targeting to FAs occurs by the family of KANK proteins (3,4). Using their amino-terminal KN motif, they directly connect to talin, a major FA component that binds integrin cytoplasmic tails and is essential for integrin activation, their connection to actin filaments, and FA assembly. In addition, the C-terminal domain of KANKs binds to liprins, components of the cortical microtubule docking complex that captures and stabilizes microtubules at the plasma membrane.

This preprint from the Bershadsky lab addresses the interconnection between microtubules and actin-linked adhesion structures formed by integrins. Using micropatterning, super-resolution structured illumination microscopy, and rapamycin-induced protein-protein interactions, the authors demonstrate that disruption of the KANK – talin interaction (either by knockdown of KANK proteins or by expression of the talin-binding KN domain of KANKs, which displaces endogenous KANK from talin) leads to a loss of microtubule targeting to FAs and podosomes (“microtubule uncoupling”), and produces FA stabilization or podosome disassembly very similar to that observed after treatment with nocodazole. Rescue of these events requires both the talin-binding amino-terminal part of KANKs and the C-terminal liprin-binding domains, demonstrating that KANKs are indispensable linkers between talin and microtubule-stabilizing proteins at the cell cortex.

Mechanistically, the uncoupling of microtubules from FAs triggers the release of the microtubule-associated RhoGEF GEF-H1, leading to its activation. In turn, GEF-H1 induces activation of the RhoA – Rho kinase pathway and a strong local burst in Myosin IIA filament assembly. Indeed, depletion of GEF-H1, inhibition of Rho kinase, or depletion of Myosin IIA all prevent the effects of microtubule uncoupling or depolymerization on FA stabilization or podosome loss. Finally, the study also identified differences in the regulation of podosomes by KANK1 and KANK2, which are dependent on differences in the structure of their liprin-binding domains.

I chose to highlight this work because it reports a collection of elegant approaches and adds to the emerging exciting field that integrin-based adhesions are connected via a number of molecular links to the microtubule targeting and stabilization machinery. Furthermore, these data now provide an explanation for previous findings that RhoA activity is increased by KANK knockdown, and show how microtubule uncoupling from adhesions regulates adhesion turnover via crosstalk with actin filaments.