Enough neurons at the right moment: how cell division, epigenetics and metabolism interact to ensure that the brain is big enough. 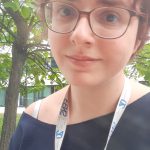 I used to think of cortical development as a sequence of steps, each governed by a network of transcription factors that eventually promote progenitor differentiation to neurons. However, the identity of a cell is more than a group of molecules operating at the DNA level, and I think that this preprint nicely develops this point. I enjoyed the linearity of the story, which explores and tries to unify several aspects of a cell identity, including metabolism. I enjoyed the elegance of the experiments and the authors’ effort to bring a new, more coherent, perspective on neuronal development investigation.

The balance between asymmetric, self-renewing divisions of apical progenitors (APs) and symmetric, neurogenic divisions of basal progenitors (BPs) ensures the correct development of the mammalian brain cortex. When such balance is impaired, brain diseases like microcephaly can occur and lead to reduced brain size and cognitive impairment. In this study, Appiah and colleagues investigate how the histone methyltransferase Disruptor of telomeric silencing like 1 (DOT1L) affects AP cell divisions, differentiation and neuron production during mouse mid-neurogenesis (E14.5). They found that DOT1L preserves AP identity by preventing their premature consumptive, symmetric neurogenic divisions and by inhibiting the premature occurrence of the metabolic state of differentiated neurons.

The authors studied the role of DOT1L during mouse mid-neurogenesis (E14.5) by applying the specific DOT1L pharmacological inhibitor EPZ to mouse brain hemispheres and/or cortical sections put in culture for 24 hours.

How does DOT1L actually work to preserve AP identity?