Identification of a master regulator of differentiation in Toxoplasma

This preprint uncovers a new master regulator of differentiation in Toxoplasma, and provides key findings in understanding how these parasites establish chronic infections. 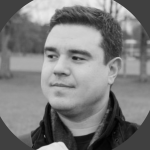 One of the main challenges that parasites face during their lifetime is the colonisation of different niches within their hosts, eventually establishing long-lasting chronic infections. For example, Toxoplasma gondii invades its vertebrate host (e.g. felines, rodents, humans) as a highly replicative form termed tachyzoite (1–3). Once the tachyzoites infect the host, a subpopulation then undergoes a developmental program leading to the differentiation into a slow-growing, cyst-forming stage called bradyzoite (Fig. 1) (3,4). The presence of the cyst allows the parasite to remain protected from its microenvironment, thus becoming refractory to chemotherapy (1,3).

Even though the process of differentiation from tachyzoites to bradyzoites is fundamental for the establishment of chronic toxoplasmosis, the mechanism controlling this process is virtually unknown. Canonical transcription factors found in other apicomplexan parasites (e.g. Plasmodiumspp.) such as ApiAP transcription factors are known to be master regulators of differentiation in Plasmodium spp., and are central for different processes such as development of sporozoites, ookinetes, and sexual stages, amongst others (5–8). However, knockdown of ApiAP2 failed to completely impair differentiation in Toxoplasmagondii (8,9), thus leading to the widely accepted view that the process of differentiation was not mediated by a single “master regulator” (4,10,11).

Taking advantage of a tachyzoite-to-bradyzoite reporter cell line, and employing a combination of a targeted CRISP/Cas9-mediated genetic screening and single-cell sequencing,  Benjamin S. Waldman and colleagues (Sebastian Lourido’s lab – Massachusetts Institute of Technology) identified a a Myb-like transcription factor as essential and sufficient for the differentiation of tachyzoites into bradyzoites. The authors found that:

Taken together, these findings provide further insights into the process of developmental regulation in apicomplexan parasites, and also provides evidence of a wider breadth of mechanisms employed by this heterogeneous phylum to control cell fate in response to environmental stimuli.

It is clear that the authors have carefully designed and combined cutting-edge approaches to further understand how cells react and adapt to different microenvironmental challenges. Both CRISPR/Cas9-mediated genome editing and single cell sequencing techniques are revolutionizing the way we understand biological phenomena, and I particularly find it exciting to see these techniques being developed for the study of (single cell) parasites. The key findings presented in this preprint offer unprecedented insight into the complexity of molecular and transcriptional networks that protozoan parasites deploy to adjust their developmental schedule in order to establish chronic infections. Similarly, they have provided a much-needed toolkit to unravel the intrinsic heterogeneity and complexity associated with cell populations, which has been extensively overlooked by traditional parasitological methods, thus setting up a precedent for future research on these organisms. I personally believe that this article merges fast-evolving methodologies to tackle common challenges to both cell biologists and parasitologists. 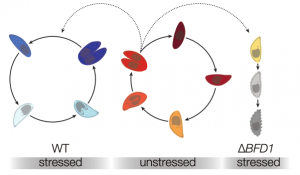