Obesity and breast cancer – Collagen VI in the spotlight 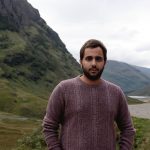 Obesity and breast cancer – Collagen VI in the spotlight

What did the authors discover?

Obesity has been associated with increased incidence of different types of cancer, however the precise mechanisms leading to tumorigenesis are not completely understood. Cancer and obesity are both fibrotic diseases, which are characterised by extensive alterations in the extracellular matrix (ECM) of the affected tissues. Especially tissues rich in fat cells, known as adipocytes, are prone to obesity-induced changes, which could potentially be important for cancer growth and dissemination. Here, Wishart et al. discovered that obesity-dependent changes in the composition of the ECM of the mammary gland can facilitate increased invasion and metastasis in breast cancer. Initially, the authors demonstrated that decellularized ECM scaffolds extracted from mammary glands of obese and tumour-bearing mice promoted cell migration of the triple negative breast cancer cell line MDA-MB-231. The authors then performed a proteomics analysis that identified certain ECM proteins that were commonly enriched in obese and tumorigenic murine mammary glands. From these, they further assessed four ECM proteins, fibronectin, collagen VI, elastin and laminin for their ability to promote breast cancer cell migration and invasion using a series of 2D and 3D in vitro assays. Remarkably, from their common obesity- and cancer-driven matrisome signature, they identified collagen VI as the main ECM protein driving the spreading, migration and invasion of breast cancer cells. In addition, in vivo staining of the mammary fat pad showed a significant upregulation of collagen VI in obese mice compared to lean ones. An interesting finding is that the signalling effect of collagen VI was not coming from the most well-studied Endotrophin (ETP) fragment of the collagen VI bundles. Adding ETP into the culture did not change the migratory behaviour of cancer cells. Instead, it turned out that the signal was actually coming from the central portion of the protein. Specifically, collagen VI appeared to induce activation of a receptor protein called NG2, which binds to the central region of collagen VI. NG2 seemed to act synergistically with EGFR, since targeting both NG2 and EGFR signalling decreased the migration and attachment of breast cancer cells both on 2D assays and on decellularized ECM scaffolds. Furthermore, the authors showed that the downstream signalling of NG2 activity is the MAPK cascade. Inhibiting this signalling pathway by using Trametinib decreased cell migration speed, even if only marginally. In conclusion, the secretion of collagen VI in the ECM of mammary glands is shared both by obese and tumour-bearing mice and seems to have tumour-promoting properties.

What we found interesting?

While numerous studies have demonstrated a positive correlation between obesity and cancer, the molecular mechanisms that underpin this relationship are not understood. It is intriguing to think that obesity-driven fibrosis in certain tissues could be prone to cancer growth and progression and even facilitates metastatic spread. Indeed, we are very interested that the authors have identified a matrisome signature that is common in obese and tumorigenic ECM. Specifically, we were intrigued that collagen VI, a very unique ECM protein of the collagen family, not only appeared to be upregulated in both scenarios but is also able to drive pro-tumorigenic signalling and to support cancer cell migration and invasion in several in vitro models. While previous studies have shown that collagen VI is an important ECM protein for breast cancer progression [1], this study also suggests an important role for cancer cell invasion and metastatic dissemination. In addition, while it is well recognised that a variety of non-cancerous cell types are present in primary tumours and important for cancer progression, their contribution to tumorigenesis is not completely clear. This study also nicely demonstrated that adipocytes can contribute to the progression of breast tumours and can affect directly the invasion of cancer cells through ECM secretion. This work is a step forward to our understanding of the links between obesity and cancer.

As pointed out by the authors, the source of collagen VI in the adipose mammary gland is still a mystery. Whether it is directly secreted by adipocytes or by some other cell types under the influence of adipocytes is an open question. Furthermore, transformed cells can also produce their own matrix and cancer-associated fibroblasts (CAFs) are the main contributors to ECM remodelling during physiology and disease. Could obesity-derived collagen VI induce pro-tumorigenic stimuli? Since obesity has also been associated to chronic inflammation, are there any links between collagen VI and inflammatory responses? Collagen VI is a unique type of collagen that is organised as beaded microfilaments in the ECM and is known to interact both with other ECM proteins such as fibronectin as well as directly with cells [2]. However, the exact manifestations of collagen VI in the extracellular space and how it could influence intracellular signalling are complex and not very well characterised and our knowledge is mainly focused on the ETP peptide. The ETP-independent, NG2-EGFR-MAPK axis is a very interesting observation. Further characterisation could unravel the pleiotropic roles of collagen VI regarding its intracellular signalling. How does collagen VI influence cancer cell migration and invasion? Inhibiting the MAPK pathway only moderately decreased migration speed suggesting that there are other mechanisms at work. Since these processes are mainly dependent on cytoskeletal remodelling, could the presence of collagen VI affect regulators of the actomyosin cytoskeleton, such as small GTPases? Furthermore, if collagen VI is secreted by adipocytes in the tumour niche, it is tempting to hypothesise that there is a signalling crosstalk between adipocytes and cancer cells through ECM secretion and receptor recognition. Crosstalk mechanisms between cancer cells and CAFs are well documented, with CAFs for example being able to pull cancer cells away from the tumour mass [3]. How could the presence of collagen VI contribute to this process? Finally, if collagen VI could facilitate the local invasion of breast cancer cells, could it also support metastatic dissemination to distant locations in the body?

Robotic microscopy for everyone: the OpenFlexure Microscope