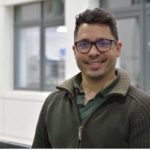 Oocytes in many organisms, including humans, exist in a prolonged state of arrest during meiotic prophase until stimulated to resume cell division (1). Once stimulated, the oocyte undergoes two successive segregation events to generate haploid gametes. These then fuse with the haploid sperm to begin mitotic divisions consisting of diploid genetic material. The progression from oocyte prophase arrest to embryonic mitotic division must be conducted in an organised and timely manner in order to maintain the integrity of cell division and produce viable gametes. Whilst the importance of phosphorylation and dephosphorylation during cell division has been studied for decades (2), a wider understanding of the global phosphoproteome dynamics throughout the transition from oocyte to embryo remained unclear. In this paper, Swartz et al., investigated the global phosphoproteomic changes that take place during the oocyte to embryo transition. Interestingly, this showed that PP2A:B55 plays a key role in dephosphorylation events required to transition from meiosis I to meiosis II. Furthermore, the preference of PP2A:B55 for phospho-threonines plays an important role in the timely dephosphorylation of substrate proteins during this meiotic transition, as has previously been shown to be important in the regulation of mitotic exit (3-5).

Summary
In this paper, Swartz et al. observe that phosphatase activity is crucial in regulating the progression of the oocyte to embryo transition in sea star oocytes. Using quantitative proteomic and phosphoproteomic analysis, the authors show that protein levels remain stable throughout the transition for the vast majority of proteins (>98%). However, overall phosphorylation levels change as the transition progresses and disrupting these phosphatase-regulated phosphorylation state changes prevents meiotic progression. PP2A:B55 plays a key role in the transition from meiosis I to meiosis II by targeting proteins with the TPxK consensus motif (4–6). Interestingly, substitution of target threonines for serines prevents timely dephosphorylation and a single threonine to serine substitution can have important effects on cell division processes. This Threonine over Serine preference has been shown before during mitosis (3-5). This paper shows the importance of phosphorylation/dephosphorylation balance in the progression from oocyte to embryo and highlights that threonine and serine phosphorylation events are not interchangeable and contribute to the differential regulation of protein phosphorylation states.

What we liked about the paper

Although many individual examples of the importance of phosphorylation events at different stages of cell division are known, the global overview of how phosphorylation states change throughout the oocyte to embryo transition, as well as the confirmation that overall protein levels remain relatively stable throughout the transition, will be highly useful information. The essential nature of these phosphorylation state changes in maintaining prophase arrest and the fidelity of meiotic progression, as well as the importance of phosphatase activity in regulating these changes, is clearly a fundamentally important balance required throughout the transition from oocyte to embryo. Furthermore, it was particularly interesting how large an effect altering T61 to serine had on INCENP localisation changes in anaphase, highlighting the threonine and serine are not necessarily interchangeable residues despite their similar properties. This builds on previous work indicating phospho-threonines are preferentially dephosphorylated during mitotic exit (3-5).