(Round), there and back again: A ride around the cell cycle and, no, the journey doesn’t end here. 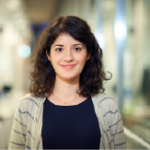 Pacing oneself is always good life advice. It holds true even for the very process that keeps multicellular life going: the cell cycle. As much as it is important that cells keep proliferating for organisms to grow, renew and repair, it is equally important for cells to stop that to assume their final fates, to ensure proper patterning, and to maintain pools of stem cells. This state of cell cycle arrest is also known as G0 and can be reversible (quiescence) or irreversible (senescence). Cell cycle arrest presents us with intriguing questions, both in basic cell biology, as well as in cancer and regeneration.

In this work, Stallaert et al., present a systems-view of the molecular states characterising the different phases of the cell cycle, the state of cell cycle arrest, and the transition to cell cycle arrest. This study is heavily data-driven (and as such, data-heavy). A detailed array of the many findings is beyond the scope of this highlight, but I did think though that the magnitude of the undertaking itself and the methods deserve an honourable mention, and so felt compelled to refer to the set-up, before attempting a synthesis of the results.

Mapping the way around, and out of, the cell cycle

The authors started with producing a map of the cell cycle for unperturbed RPE cells, that they used as a basal condition onto which they project their maps of perturbed conditions. Unperturbed cells display a cyclical phospho-RB-positive trajectory -the canonical phases of the cell cycle (G1-S-G2-M)- and a spontaneously occurring phospho-RB-negative trajectory of arrested cells, diverging from the cycle after mitosis (2C cells). Such cells have previously been described to arise as a result of endogenous stress during the mother cell cycle.

Cells experiencing mitogenic stress responded by leaving the cell cycle at a different point to the unperturbed cells, diverging during G2. These serum-starved cells still underwent mitosis and exited the cell cycle as 2C, but the hypomitogenic G2 was characterised by low levels of Cyclin D1, in contrast to the basal G2

Under replication stress, cells diverged from the cell cycle at two points: after mitosis, as 2C cells, and directly after G2, as 4C. The 2C route resembled the spontaneously arresting cells arising from endogenous stress observed at basal conditions, while the 4C cells arose after the activation of the G2 DNA damage checkpoint, with elevated levels of phospho-H2AX, phospho-CHK1 etc. Induction of oxidative stress resulted in cell cycle arrest again at G1 or G2 (as 2C or 4C) in a fashion overall quite similar to replication stress, indicating that oxidative stress mainly acts on the cell cycle by inducing DNA damage. By unifying their cell maps the authors were able to produce a (beautiful) comprehensive map of the events leading up to cell cycle arrest

A roadmap to (and out of?) senescence

Over prolonged exposure to replication stress (up to 4 days), the arrested 2C and 4C cells gradually progressed towards a common molecular state characterised by hallmarks of senescence, such as senescence-associated β-galactosidase (SA-β-gal) activity, markers such as GSK3β, and low DNA:cytoplasm ratio. Interestingly, the cells that progressed to senescence out of G2 also displayed G1-like features, such as elevated cyclin D1 and E, and CDK4. The authors found that this transition from G2 to a G1-like state occurs through a process called mitotic skipping, characterised among others by a drop in the mitotic cyclins A and B. But this was not the only transition, as the authors also found some cells with 8C DNA content and at a different molecular state compared to the 4C ones, that they found occurs via endoreduplication. This presented the intriguing question of how permanent senescence really is. Given that the senescence state was characterised by G1 features, they focused on G1 regulatory events. Indeed, they noted that the trajectory leading from senescent to polyploid cells was characterised by an increase in Cdt1, E2F1 activity and Cyclin D1. Following that, the next experiment begging to be ran, was knocking down and overexpressing Cyclin D1. Indeed, loss of Cyclin activity led to less polyploid cells, while increased expression led to more polyploid cells (!). This is not only a case for the reversibility of senescence, but also for its reversibility regardless of the route via which cells reach it (G1 or G2).

Figure 2: A. A map of the events following prolonged exposure to stress. Cells from the 2C and 4C arrest trajectories converge to a common terminal state. 4C cells reach this state via mitotic skipping, while some 4C cells proceed to endoreduplicate to reach 8C. B. A comprehensive map of the different routes to cell cycle arrest.

In summary, Stallaert et al. here combine two powerful approaches, hyperplexed imaging and manifold learning to produce a comprehensive mapping of the molecular events leading to cell cycle arrest. They follow arrested cells to a state of senescence and showcase that manipulating G1 regulatory machinery can lead the way back into the cell cycle.

My questions to the authors

I was curious whether you followed the 4C and 8C cells further and could comment on their fitness, whether you noticed any aberrant chromosomes/spindles etc? Did you see any evidence of apoptosis as a result of a polyploidy checkpoint, or activation of Cyclin G1 in these cells?

We too are very interested in the subsequent fate of these cells! We certainly see that cyclin D1 is very abundantly expressed in these cells, much higher than during a typical G1 phase, and we provide evidence that this increased abundance can push cells out of arrest and into another round of cell division from the 4C state. In terms of fitness, these cells are proliferating at a much lower rate and thus suffer from a loss of fitness when compared to the average unperturbed cell. Although we did not directly assess for apoptosis or look for differences at the level of chromosomes or spindles, it is entirely plausible that these cells may differ in important ways from “normal” cells during any subsequent replication or division.

Could you speculate on whether losing the potential to undergo complete cytokinesis precedes the appearance of polyploid cells or whether it is the other way around?

Looking at both our time-lapse imaging and 4i data after replication stress, it appears that the dysfunction that produces polyploid cells in response to sustained replication stress is not a failure to undergo cytokinesis but rather an avoidance of mitosis altogether! Cells show no signs of attempting mitosis (no breakdown of the nuclear envelope, no chromosome condensation, etc) and instead seem to transition directly from a G2-like molecular state to a G1-like state. From this G1-like state, increased abundance of cycle D1 can push cells back into the cell cycle where they will undergo a second round of DNA replication (called endoreduplication) to generate these 8C polyploid cells.

Finally, I could not resist asking, how do you see your findings in the context of the hope for regenerative therapies?

This is a very interesting question. The holy grail in regenerative therapy, of course, would be to find a way to pull cells out of a stable arrested state and back into the proliferative cell cycle. With a better understanding of the heterogeneity of cell cycle arrest, and the various mechanism that induce and maintain it, we may detect some hints of how to reverse it. I think that the next step important step will be to start mapping the cell cycles of cells in their native environments, which I believe will reveal additional heterogeneity in both proliferative and arrested states, and may help us to better understand how cells decide when and where to trigger cell division in various biological contexts.