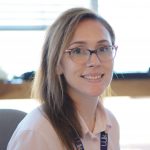 The integration of a sequence-of-interest into a cell’s genomic DNA through standard CRISPR-Cas9 editing requires the Cas9 endonuclease to induce a double-stranded break (DSB) and the activation of the cell’s homology directed repair (HDR) pathway in response to the damage, to facilitate sequence integration. However, in most cells and stages of the cell cycle, non-HDR pathways (e.g. non-homologous end-joining (NHEJ)) predominate, and in non-dividing cells, HDR is largely inactive, making efficient integration almost impossible. Further, all DSB-repair based methods are error-prone, causing insertions or deletions (indels), DNA translocations and activation of apoptosis pathways, which are all undesirable outcomes.

A major advance came in 2019 with the development of Prime Editing (1) which combines a modified Cas9 nickase fused to a reverse transcriptase (RT) enzyme and a prime editing guide RNA (pegRNA), which both directs Cas9 to the target site and contains the DNA sequence-of-interest to be inserted. The Cas9 nickase induces a site-specific single-stranded DNA break at the target. The 3’ end of the pegRNA then binds to the open DNA ‘flap’ via a primer binding sequence, and the RT (an RNA-dependent DNA polymerase) creates a complement of the pegRNA sequence (including the desired edit). This newly-created strand contains micro-homology to the existing old DNA sequence and displaces it. This system allows efficient gene editing without the need for a potentially toxic DSB. Whilst game changing (2), Prime Editing is limited to relatively small DNA changes (80bp max) encoded within the pegRNA. Consequently, it can introduce small fragments or repair disease-associated mutations, but cannot insert full-length genes.

This preprint by Ionannidi, Yarnall, Schmitt-Ulms and colleagues aims to simplify and accelerate the insertion of large DNA fragments, especially in non-dividing cells. They develop PASTE (Programmable Addition via Site-specific Targeting Elements): a modified CRISPR-Cas9 system, which builds on Prime Editing and adds recombinases (specifically, serine integrases, which catalyze the excision and integration of foreign DNA (3)) to enable the insertion of large DNA cargo.

Development of the PASTE system

The authors set out to combine the functionality of Prime Editing with the sequence-specific integration capabilities of integrases, a subset of recombinases. They fused the serine integrase Bxb1 to an existing Cas9 nickase and RT enzyme fusion (aka Prime Editor). As in Prime Editing, the Cas9 nickase induces a single-stranded break and the RT enzyme replaces the original DNA sequence with the pegRNA-encoded sequence. However, with the PASTE system, the pegRNA instead inserts an AttB serine integrase recognition site (here referred to as atgRNA). This DNA sequence acts as a beacon to Bxb1, which recombines any corresponding AttP DNA fragment in a unidirectional manner into that site (Fig. 1A + B). With PASTE, a circular DNA sequence containing a single AttP is co-transduced into cells, driving insertion of that entire fragment.

Expansion of the PASTE system

While Cre is the most widely used recombinase, its DNA integration capabilities are limited because recombination is bidirectional, meaning it can recur. In contrast, serine integrases like Bxb1 (used in this study) are unidirectional, and once recombined, the recognition sequences are no longer accessible to the enzyme. An added advantage is that specific AttB/AttP sequence pairs can be used for independent and parallel (orthogonal) recombination. The authors highlight this by showing that Bxb1 supports at least 4 different AttB/AttP variants, to allow simultaneous genetic integration events in the same cell (Fig. 1C).

Despite the advantages of serine recombinases, few have been characterised for DNA integration in human cells. Here, the authors mined existing metagenomic data for novel recombinases. They identified and tested a number of candidates including BceINTc, which originated from a stool sample. This recombinase had improved efficiency (2-3X better) compared to Bxb1 when tested in their PASTE system. However, the existence of pseudo-sites in the genomes of model organisms or other off-target integrations was not covered in their analysis.

Functional in non-dividing or primary cells

To prove that PASTE is versatile, the authors tested its functionality in several physiologically relevant cell types, including primary human T cells and quiescent hepatocytes. While the efficiency was much lower than cell lines (~5% vs. ~30%), it is a big improvement for challenging cell types and promising from a cell/gene therapy standpoint.

Tools to help simplify design of PASTE constructs for use

The authors have established a pipeline to assist in selecting or designing atgRNA based on their considerable profiling of PASTE events. However, the tool is not yet available as a graphical interface, potentially reducing accessibility for some labs.

Why is this paper interesting?

The authors made several technological innovations in this study that show wide potential for the PASTE system. They showed the first ever example of efficient targeted integration of large DNA cargoes of up to ~ 36 kb, which covers most known coding sequences in human and mouse genomes, as well as integration of three different genes at different loci in tandem. By overcoming the need for active DSB DNA repair pathways in cells, they were able to insert genes into various difficult-to-edit cell types, increasing future gene editing applications.

Another interesting aspect of this manuscript is the discovery of novel serine integrases that were active in HEK293FT cells. By optimising AttB sequences, they were able to enhance BceINTc’s recombinase activity compared to that of Bxb1-based PASTE. Although the authors focused on recombinase efficiency within the PASTE system rather than stand-alone, the discovery of these novel integrases may be useful for other molecular biology applications.

This preprint was not the only significant Prime Editing-based tool released on BioRxiv this November. David Liu’s laboratory (inventors of the original technology) have now developed twinPE, which uses 2 pegRNA sequences to improve the efficiency and increase the size of insertions/deletions/inversion/replacement compared to standard prime editing. The team also combine twinPE with the serine integrase Bxb1 (in this case as a separate protein) to insert 5kb sequences and use the combined technology to mediate a 40kb inversion of the gene causing Hunter syndrome (4).

1.Is the newly discovered BceINT integrase unidirectional like Bxb1? And are there pseudo recognition sites in the human/mouse genomes?

BceINT is unidirectional as far as our data suggests, consistent with the activity of phage/pro-phage derived serine integrases. We have not characterized off-target sites in the human/mouse genome but we are definitely following up on this.

2. The preprint highlights the side-effects of using DSB based gene editing. PASTE generates single-strand nicks, but did the authors assess the damage/stress response associated with these?

We did analyze RNA-seq during PASTE experiments and found few perturbations to the transcriptome in terms of differentially regulated gene expression. We did not look specifically for DNA damage response.

3. Have the authors tested PASTE or plan to test it in post-mitotic cell types such as terminally differentiated cells, or 3D cultures?

In the manuscript, we have tested in post-mitotic cells such as primary hepatocytes and found active gene integration. We are continuing to explore activity in our cell types like neurons.

4. Once the integrase has inserted the transgene or sequence of interest, the inserted sequence still remains flanked with the AttL/AttR sequences. Do the authors propose any consequences of these genomic scars for therapeutic gene integration, such as effects on gene regulation, transcription, splicing etc.?

We are going to follow up on the effects of the minimal scars on gene expression. For intronic gene insertion there likely should not be an effect. We also show that the scars can be used as protein linkers for in-frame tagging or other in-frame applications.

5. Would the authors expect expression of a ‘PASTE-ed’ sequence if it is inserted into a heterochromatic region?

Without using an exogenous promoter, I would not expect an inserted gene to express unless near a promoter or enhancer.