Zygotic transcription of transposons from a degenerating Y chromosome confers a mutational burden on Drosophila males. 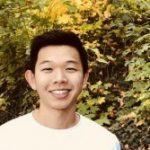 Transposable elements (TEs) are mobile genetic elements that make up a proportion of the repetitive DNA content within the genome. Aptly termed “selfish DNA”, TEs can be likened to genomic parasites which serve mainly to integrate copies of themselves throughout the host DNA, destabilising the genome in the process. In response to this mounted attack, most TEs within host genomes are normally silenced by heterochromatinisation to prevent further transposition events (Bourque et al., 2018). Effective silencing of TEs thus safeguards genome integrity.

Early embryonic development is characterised by a period of transcriptional quiescence in the zygote. Over successive rounds of cell divisions, the zygote eventually “awakens” its genome and begins transcribing genes crucial for early development (Vastenhouw, Cao and Lipshitz, 2019). The zygote now faces the difficult task of selectively activating early developmental genes while also silencing the deleterious TEs. This task is further complicated when TEs are nestled in close proximity to zygotically expressed genes. The juxtaposition of TEs and expressed zygotic genes thus requires a regulatory decision to be made at TEs – to silence or to activate? This conflicting relationship and its effects on the fitness of the animal is explored in this interesting preprint.

The male-associated Y chromosome has been identified to be a reservoir for repetitive DNA, including TEs (Steinemann and Steinemann, 1998; Charlesworth and Charlesworth, 2000; Erlandsson, Wilson and Päad̈bo, 2000). In this preprint, the authors investigate the sex-specific differences in TE expression of 2 closely related species of Drosophila – D. pseudoobscura and D. miranda. In D. miranda, a recent fusion event between the Y-chromosome with an autosome gave rise to a neo-Y chromosome (Bachtrog and Charlesworth, 2002). The neo-Y in D. miranda is larger in size than that of the D. pseudoobscura and has a much higher content of functional genes and TEs (Mahajan et al., 2018).

The deposition of the heterochromatin-associated H3K9me3 mark on Y-linked TEs closely follows the patterns of Y-linked TE expression in both species. In D. pseudoobscura males, H3K9me3 marks are increasingly enriched on Y-linked TEs in the stages following the onset of zygotic transcription. This is concordant with the declining male-biased TE expression observed. In contrast, the TE-abundant neo-Y chromosome in D. miranda had generally lower levels of H3K9me3 enrichment compared to the equally repetitive pericentromeric DNA, suggesting poor heterochromatinisation of the neo-Y TEs is driving the persistent male-biased TE expression in D. miranda.

The authors proposed that the high content of functional genes on the neo-Y chromosome disrupts effective heterochromatinisation of neo-Y TEs. Supporting this, neo-Y TEs generally occur in closer proximity to genes than autosomal TEs. Neo-Y TEs occurring within 5 kb of zygotically expressed genes also had higher male-biased expression and lower levels of H3K9me3 compared to all neo-Y TEs. Taken together, these findings suggest a regulatory crosstalk between neo-Y zygotic genes and TEs which disrupt proper TE silencing. Incomplete TE silencing also suggests that the early embryonic D. miranda male genome is more strongly shaped by aberrant transposition events. Indeed, the frequency of de novo transposition events is skewed towards males than females, and this effect becomes more evident further into development of the D. miranda embryos.

The authors conclude that the high number of expressed zygotic genes on the D. miranda neo- Y impedes efficient silencing of proximal neo-Y TEs. This results in aberrant neo-Y TE transposition and imposes a mutational burden on D. miranda males over females (Brown, Nguyen and Bachtrog, 2020).

Why I enjoyed this preprint:

Bachtrog, D. and Charlesworth, B. (2002) ‘Reduced adaptation of a non-recombining neo-Y

The work presented in this preprint studies in detail how Y-linked zygotic genes can influence neo-Y transposon activity. Have the authors also considered the role (if any) of the Y-linked transposons on nearby zygotic genes? For example, is the eventual heterochromatinisation of Y-linked TEs required for fine-tuning Y-linked gene expression?

This is a very interesting possibility. Some genes are undoubtedly down regulated by heterochromatin spreading from neighboring TEs. Keep in mind that the neo-Y genes typically have neo-X homologs, so downregulation or even complete silencing may not have a strong negative fitness impact (particularly for haplosufficient genes). There are examples of TE insertions leading to adaptive changes and it very well could also happen on the neo-Y chromosome. The opportunity certainly seems to be there, given the close proximity of TEs and genes on the neo-Y. However, because of homologs on the neo-X, the downstream phenotypic effects of  neo-Y expression changes are always going to be tempered by the expression of the neo-X homologs.

Male beneficial genes/alleles will initially accumulate on young neo-sex chromosomes, but they are nontheless subject to degeneration. While the sex chromosome are expected to be over-represented for genes with sex biases in expression and fitness, it is not a requirement; autosomal genes can also show sex-bias. Having said this, male-beneficial genes/alleles may be “shielded” from the degeneration process delaying their demise. Even highly degenerate (old) Y chromosomes can still harbor a small number of genes essential for males fitness.

The mutational landscape of human somatic and germline cells