Nix's function beyond mitophagy: role of a lipotoxicity-induced Nix in myocyte insulin resistance. 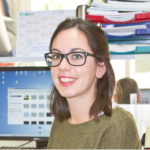 This work establishes a connection between lipotoxicity, mitophagy activation and reduced insulin sensitivity in skeletal muscle cells. Lipotoxicity is a stress insult caused by the accumulation of lipid intermediates resulting in insulin resistance. The muscle tissue is central to this concept since most of the postprandial glucose uptake occurs in the muscle (Shulman et al., 1990). Indeed rodents fed a high-fat diet accumulate diacylglycerols, ceramides and triglycerides in the muscle tissue, leading to the activation of signaling pathways (Yu et al., 2002; Itani et al., 2002) that have been shown to inhibit the insulin receptor substrate-1 (IRS1) (Li et al., 2014). Altered muscle mitochondrial function is intimately linked to obesity and insulin resistance (Lowell & Shulman 2005; Szendroedi et al., 2011). Mitophagy ensures the quality of the mitochondrial pool by selectively eliminating those dysfunctional mitochondria. Dysfunctional mitochondria are specifically recognized by receptors that connect the mitochondria with LC3-II in the autophagosomal membrane. Some receptors can be mitochondrial proteins (Nix, FUNDC1, PHB) while others are non-mitochondrial proteins that recognize ubiquitinated chains on the mitochondrial surface (Martinez-Vicente, 2017). Excessive removal of dysfunctional mitochondria by mitophagy in the muscle has been suggested to contribute to muscle insulin resistance (Fu et al., 2018).

Previous work performed by the authors showed increased expression of the mitophagy receptor Nix upon lipotoxicity (Mughal et al., 2015). In this manuscript, the authors explore the mechanisms of lipotoxicity-mediated Nix activation and undercover new roles for Nix beyond mitophagy induction.

High-fat diet led to increases in lipid species in rat soleus muscle including diacylglycerols, ceramides, triglycerides, phosphatidic acid and alterations in cardiolipin composition. Autophagy-related genes (such as Beclin-1, ATG3, -5, -12) were moderately decreased, together with PGC-1α and some mitochondrial enzymes. Previous work has already shown that high-fat diet induces the expression of Nix, which is a known mitophagy receptor (Mughal et al., 2015).

The next step was to investigate which signaling pathway could be regulating Nix function. It turns out that Nix contains a conserved PKA consensus motif that can be phosphorylated at Serine-212. Treatment of C2C12 myoblasts with pharmacological PKA activators led to increased phospho-Nix (pNix) and prevention of Nix-induced mitochondrial depolarization, suggesting that Ser-212 could represent an inhibitory phosphorylation site. To confirm this hypothesis, C2C12 cells were treated with palmitate and pharmacological PKA activators. PKA activation in palmitate-treated cells led to the rescue of mitochondrial depolarization, mitochondrial fragmentation and mitophagy induction and activation of insulin-stimulated glucose uptake. Thus, Ser-212 is a PKA phosphorylation site that modulates Nix-induced mitophagy and insulin sensitivity.

Moreover, cell fractionation studies indicate that pNix is exclusively localized to the cytosolic fraction. Interestingly, PKA-responsive Ser-212 is localized to the conserved interacting domain of the molecular chaperone family 14-3-3. Could this family of chaperones be responsible for Nix translocation from ER and/or mitochondria to the cytosol? Indeed, Nix co-immunoprecipitates with 14-3-3β chaperone and this interaction is enhanced upon treatment with pharmacological PKA activators. Moreover, co-expression of Nix and 14-3-3β counteracts Nix effects on mitochondrial function, mitophagy and insulin sensitivity.

One interesting observation is the relationship between Nix activation and insulin resistance. Nix overexpression in C2C12 myotubes leads to IRS1 phosphorylation and inhibition. IRS1 Ser-1101 phosphorylation has been shown to be mediated by PKC Ө and/or p70S6K. At the same time, phosphatidic acids are direct activators of the mTOR-p70S6K pathway. Interestingly, Nix overexpression or palmitate treatment in C2C12 myoblasts increased p70S6K phosphorylation in a Nix-dependent manner. On the other hand, phospholipase 6 knockdown prevents p70S6K expression, presumably due to the lack of phospholipase 6 activity that leads to decreased phosphatidic acid levels. These observations point at a link between excessive mitochondrial turnover and impaired insulin sensitivity.

Overall, this manuscript shares light on the signaling cascade triggered by lipotoxicity in the muscle and suggests that PKA pharmacological activation might promote insulin responsiveness in the myocytes.

The mitophagy field has experienced exponential growth in the past decade. However, most of the work is focused on non-mitochondrial receptors and PINK1/parkin mitophagy. Nix was originally described to play a role in mitophagy taking place during reticulocyte maturation, when mitochondria have to be eliminated from the erythrocyte (Schweers et al 2007; Sandoval et al 2008). However, mitophagy is also a mechanism that allows the regulation of mitochondrial content in response to changing metabolic conditions. This manuscript describes a link between increased lipid content, activation of a mitophagy receptor and increased mitochondrial turnover. Moreover, the results shown here increase our understanding of Nix function and regulation beyond mitophagy.