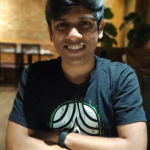 Mesenchymal cells can be defined as the supportive niche in multiple tissues1–3. However, these cells continue to be poorly understood with respect to their molecular markers and functional capacities. A major obstacle for this has been their heterogeneity and is complicated by the presumed absence of a differentiation hierarchy. Considering their active role in homeostasis, regeneration, and disease progression, it is crucial to improve our understanding of the mesenchyme and its interaction with other cell populations.

The three-dimensional (3D) organization of organs generates specialized microenvironments within them where distinct cell populations can exist. The mammalian lung is an example of these tissue compartments, and can be broadly defined by the airways and alveoli4. While previous work has provided information about the lung epithelium, the respiratory field is yet to reach a joint consensus regarding the mesenchyme. Previous studies have identified subsets of mesenchymal cells and implicated them in regeneration and disease5–7. However, lineage markers identified for these cells are often shared between subsets which complicates their functional characterization. Some of the observed complexity can also be attributed to spatial cues that influence mesenchymal heterogeneity. An integration of molecular profiles with the positional information would lay a robust foundation for understanding the mesenchymal subsets.

In this preprint, the authors employ a multi-pronged approach to characterize the 3D heterogeneity of the pulmonary mesenchyme. Using single cell transcriptomics, lineage tracing and 3D immunostaining they define three distinct mesenchymal trajectories during development and growth of the mouse lung. They further make use of existing literature and imaging data to predict the functions of distinct mesenchymal subsets. Importantly, this study identifies a marker, Meox2, for the population of ‘interstitial fibroblasts’, which can serve as a signalling hub in the lung.

Identification of a three-axes spatial heterogeneity of the lung mesenchyme:

Mesenchymal cells from mouse lungs were isolated via a negative gating strategy at distinct time points during development (E17, E19; E=embryonic) and growth (P7, P13, P20, P70; P=post-natal). Single cell RNA sequencing of these cells captured several pre-defined populations and identified their growth-associated dynamics. Based on preliminary analysis, specific markers were assigned to subset of the mesenchymal population (Table 1). The authors identified a proliferating cluster which was enriched in the developmental over post-natal stages. They also affirmed how Adrp, a well-noted lipofibroblast marker, exhibits heterogeneous expression trends and may not be the most specific gene for detecting this cell population. Using their single cell data and available literature on stromal cell-epithelium/-endothelium interactions the authors then developed a spatial annotation scheme for the mesenchyme. Subsets located closest to the distal lung epithelium were classified as the ‘epithelial mesenchyme’, cells in proximity of the endothelium were termed as the ‘vascular mesenchyme’ while stromal cells posited between these two compartments were annotated as the ‘interstitial mesenchyme’. Trajectory analysis confirmed the fate commitment of these cells over the course of development and the post-natal emergence of a supportive niche.

Characterization of individual mesenchymal axes involved the re-clustering of the single cell transcriptomic data to predict growth associated dynamics of each subset, and its eventual validation with appropriate mouse models.

Vascular Axis: Additional analysis of this population identified four cell clusters which included vascular smooth muscle cells (VSMCs) and three subsets of pericytes viz., immature, proliferative and mature. The data also indicated that pericyte maturation, unlike VSMCs, was a post-natal event. Their spatial distribution and morphological differences were further validated with the PdgfrbCreER mouse line which labels the vascular mesenchyme.

Epithelial Axis: The three main stromal subsets identified in the epithelial axis comprised of the Pdgfra+ myofibroblasts, Cdh4/Hhip/Lgr6+ myofibroblasts and ASMCs. The authors identified two distinct subsets of Pdgfra+ myofibroblasts, which exhibited differences in overall expression (high or low) and subcellular localisation of this marker. Pdgfra-high cells associated with perinuclear localisation of the receptor and were situated around alveolar pockets, potentially involved in constriction during neonatal maturation. Interestingly, an onset of cell death pathways resulted in a loss of these cells in adult mice, thus highlighting their specific developmental role. On the other hand, Cdh4/Hhip/Lgr6+ myofibroblasts were situated proximal to the alveolar ducts and persisted in adult lungs despite their early developmental origin. These cells formed a continuum with the ASMCs and could wrap around alveolar ducts by virtue of their extended projections.

Interstitial Axis: In depth analysis identified Meox2 as a specific marker of the interstitial mesenchyme and localised them proximally within bronchovascular bundles. These cells also expressed low levels of non-perinuclear Pdgfra and could be labelled with the PdgfraCreER mouse model. Lineage labelling with the Myh11CreER mouse line, which labels alveolar myofibroblasts during embryonic development and neonatal growth did not label Meox2+ cells. These experiments affirmed that interstitial mesenchymal cells exist as an independent population and do not arise from the alveolar myofibroblasts.

Why I Chose This preprint?

Despite multiple studies focusing on it, there has been a lot of debate regarding the properties and functions of the lung mesenchyme. Several well-established markers often exhibit inconsistency across studies due to the limited understanding of how this cellular compartment changes in a spatial context. The multipronged approach employed in this study addresses this issue and provides a spatio-temporal map of distinct mesenchymal subsets. The functional capabilities predicted by the authors, in addition to their molecular signatures provide a roadmap for future studies involving the lung and its associated pathologies.

Questions For the Authors:

1.     How were the morphologies of distinct mesenchymal compartments defined? Will it be beneficial for future studies to identify quantifiable features for them?

The 3 mesenchymal axes are based on the structures they support, namely epithelial and endothelial tubes and the space in-between. This is best appreciated in the proximal bronchovascular bundles where airway and vascular smooth muscles wrap around their respective tubes and interstitial cells fill in the remaining space. In the distal alveolar region, pericytes ensheathe capillaries, ductal and alveolar myofibroblasts constrain alveolar ducts, alveolar sacs, and alveoli. As alveolar cells are compressed against each other by air space, distal interstitial cells appear intermingled with and can be in contact with epithelial cells, so do not have a defined compartment. But we have identified MEOX2 as a specific marker for both proximal and distal interstitial cells.

2.     Do you know if the abundance or distribution of these stromal compartments changes with age (more than 1 year old mice)?

Good question. We have not looked at aged lungs. Relevant single-cell data are available for mesenchymal cells as well as other cell lineages, and can be validated in tissues using some of the molecular and spatial markers described in our study.

3.     Do you intend to develop in vitro functional assays to further characterize these stromal cells and identify their potential to support different epithelial cell populations in co-cultures?

We feel that the definitive and necessary step in developing in vitro co-culture assays is to use single-cell genomics to define the cultured cells and compare them to their in vivo counterparts. I would not be surprised that cultured cells partially recapitulate their in vivo states, but it is important to define the differences and recognize the caveats as a result.