A conserved ATG2-GABARAP interaction is critical for phagophore closure 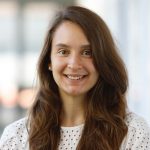 Autophagy is a process where cellular components are recycled with the aim of preserving homeostasis under basal conditions, as well as a process specifically initiated to overcome stress induced by damaged organelles, protein aggregates, pathogens, etc. (reviewed in Dikic and Elazar, 2018). In more detail, this well orchestrated process results in freeing amino acids and lipids for essential processes to preserve, or reestablish physiological conditions. In short, autophagy can be defined, or illustrated the following way: The formation of a double layer membrane surrounding and enclosing random cellular components, or specific cargo. Once closed, the autophagosome fuses with the lysosome leading to degradation of engulfed material by lysosomal proteases, and its subsequent release. The importance of autophagy as a process, and efforts to understand how it is so precisely executed and regulated have been made clear by awarding the Nobel prize in Physiology or Medicine to Yoshinori Ohsumi for his discoveries of mechanisms for autophagy.

A lot is known about the initiation steps, but exact complexes responsible for autophagosome closure and subsequent fusion with the lysosome remain elusive. Mammalian ATG2A and ATG2B are ≈212kDa and ≈232kDa large proteins, respectively, that share approximately 40% amino acid sequence homology but are only 13% similar to the single isoform of S. cerevisiae Atg2 and 24-26% to the D. melanogaster Atg2, indicating a potential divergence of function (this preprint). In yeast, Atg2 constitutively interacts with Atg18 at phosphatidylinositol-3-phosphate- rich membrane regions, and tethers pre-autophagosomal membranes to the endoplasmic reticulum for autophagosome formation (Obara et al., 2008, Kotani et al. 2018). Similarly, in mammals, ATG2A/B have been previously shown to interact with WIPI4 (member of the WIPI family of proteins, homologue of yeast Atg18) (Zheng et al., 2017, Chowdhury et al., 2018). Depletion of these proteins leads to formation of immature, open autophagosome-like structures, suggesting their role in late stages of autophagy (Velikkakath et al., 2012, Kishi-Itakura et al., 2014, Bakula et.al 2017), but the exact role of ATG2A/B proteins, as well as the role of the interaction with WIPI4, is not well understood, hence, this study aimed to address these questions.

In this well designed and thorough study, the authors set out to elucidate the molecular mechanism of autophagosome closure, dissecting the roles of ATG2 isoforms and WIPI4 in this process. The authors created an endogenously tagged GFP-ATG2A U2OS cell line using CRISPR/Cas9 knock-in strategy. Characterizing the behavior of the cell line, they observed that under physiological conditions ATG2A appears to be dispersed throughout the cell. However, upon starvation, distinct ring and punctae structures were formed. These structures were in proximity to LC3B, an ATG8 family autophagosomal marker, and co-localized with known markers of early autophagosomes: ATG2B, WIPI2, and ATG16L1. Interestingly, GABARAP-L1, another member of the ATG8 family, was also observed in close proximity to ATG2A. Following the co-localization data, the authors demonstrate that ATG2A co-immunoprecipitates with ATG2B, WIPI4, and GABARAP, but not with LC3B, thus suggesting a specific and distinct role of the ATG2-GABARAP interaction in autophagy. The authors identified LIR motifs (LC3-interaction region) in both ATG2A and ATG2B, and utilizing mutagenesis approaches, they conclude that LIR#5 in ATG2A, and LIR#6 in ATG2B are necessary for the interaction with ATG8 family of proteins. Interestingly, these LIR motifs seem to be conserved across vertebrates and invertebrates, but not in yeast, suggesting a functional divergence in context of evolution. Furthermore, LIR motifs in both of the ATG2 isoforms are in close proximity to WIPI4 interaction region (Y/HFS) (Bakula et al., 2017, Zheng et al., 2017, Chowdhury et al., 2018). Mutating LIR or Y/HFS abolished ATG2 binding to GABARAP, or WIPI4, respectively, but not vice versa, suggesting these interactions are independent. To address the functional consequence of these interactions, through biochemical, and autophagy flux assays, the authors nicely show that depletion of both ATG2A/B, using double knockout cell lines DKO, leads to impaired autophagy, and that this can be rescued by reintroducing WT ATG2A, or WIPI4 interacting mutant (ATG2A-mYFS), but not the LC3-interacting mutant ATG2A-mLIR. This finding clearly suggests that ATG2-WIPI4 interaction is dispensable for autophagy; however, the interaction with GABARAP is absolutely required. The authors observe that expression of ATG2A-mLIR mutant in DKO results in large LC3B/p62 positive structures and accumulation of ATG9A, WIPI2, and ATG16L. The presence of these proteins, albeit at non-autophagosome-like structures, suggests that the absence of a functional, LIR containing ATG2A affects only late stages of autophagy, namely autophagosome maturation or closure. Utilizing two elegant approaches to address the question of autophagosome closure, the authors demonstrate that in DKO cells, or DKO cells expressing ATGA-mLIR, autophagosomes are not sealed, as compared to WT ATG2A expressing cells, or those expressing ATG2A-mYFS. This was shown using a Proteinase K protection assay, exploiting the vulnerability of proteins that are not protected by membrane compartmentalisation (e.g. in autophagosomes). Similarly, failure of STX17 recruitment to the LC3-positive vesicles in DKO cells, or cells reconstituted with ATG2A-mLIR, suggested that these structures are not matured autophagosomes (Itakura et al., 2012). Taken together, the authors show that ATG2 isoforms play an important role in autophagosome maturation, and that in the absence of ATG2 the autophagosomes fail to close. The function of ATG2 depends on its LIR motif, and surprisingly, the interaction with WIPI4 is dispensable for autophagy.

I chose to highlight this preprint due to several scientific, but also technical reasons. The preprint demonstrates the power of having adequate, simple, yet sophisticated tools (e.g. DKO cells complemented with various ATG2 mutants, or endogenously tagged ATG2) in combination with different methods allows you to accurately address, and dissect, molecular mechanisms, that would otherwise require a plethora of additional complementary approaches.

In context of autophagy, this study on the function of ATG2 contributes to our general understanding of the process, but also raises interesting questions for future research in the field, such as the need to further understand distinct function of WIPI proteins, exact mechanism of the ATG2 dependent autophagosome closure, and the dynamics and the importance of the conserved interaction region between ATG2 and WIPI4 (in yeast, Atg2-Atg18).

In autophagy, in higher eukaryotes, we generally observe occurrence of multiple isoforms of proteins, examples are ATG8 family of proteins, WIPI, or ATG2 explored in this work, to which degree can we talk about cell-line specificity, process specificity (as in cargo specificity for example), functional complementation, or redundancy? What is the function of ATG2A and ATG2B isoforms?

If LIR mutation in ATG2A leads to loss of interaction with GABARAP, but not with WIPI4, and loss of WIPI4 interaction alone leads to no particular autophagy phenotype, could the interface simply suggest their coexistence at the autophagosome within the same complex, without direct recruitment by ATG2A? Is WIPI4 co-localizing at the autophagosome in DKO ATG2A/B complemented with ATG2A-mYFS?

If mutation of WIPI4 interaction region leads to increase of ATG2A interaction with lipidated GABARAP, could ATG2A-WIPI4 interaction be a regulatory mechanism (inhibitory)? Can GABARAP titrate WIPI4 out of interaction with ATG2A, meaning beyond a certain threshold (e.g.: cytoplasmic versus autophagosomal localisation) they compete for the binding? In the absence of WIPI4 in context of ATG2 dependent autophagy, could another WIPI isoform complement the required role in DKO cells with stably expressing ATG2A-mYFS (adaptation effect)?