Focal destruction of astrocytes? It’s not the ‘end’ for the Blood-Brain Barrier 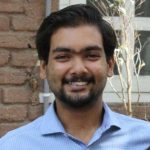 Besides the presence of electrically active neurons, the central nervous system also harbours roughly equal numbers of non-neuronal cells (1), collectively referred to as glia. The major type of glial cells in the brain are astrocytes, cells that possess a bushy appearance in vivo and make millions of contacts with synapses in the human brain to efficiently maintain functional homeostasis (2). One crucial way in which astrocytes regulate Central Nervous System (CNS) homeostasis is their contact with the brain vasculature.  By wrapping tightly around the blood vessels with their endfeet, astrocytes serve the role of cellular gate-keepers at the blood-brain barrier (BBB). The BBB stringently regulates what enters the brain parenchyma, allowing for the movements of ions/nutrients, exchange of gases, but preventing any potential toxic/pathogenic agents. Covering over 99% of the cerebrovascular surface, astrocytes not only help in regulating the exchange of such molecules, but also act as neuro-vascular couplers by regulating the blood vessel diameter, and thereby the amount of blood flow, in regions of heightened neuronal activities (3).

Given the critical importance of the BBB in maintaining CNS health, any perturbations in its integrity can potentially cause debilitating pathophysiologies. Disruption of BBB integrity has been observed in several instances, including Multiple Sclerosis (MS), Alzheimer’s Disease (AD), Major Depressive Disorder (MDD), stroke, glioma, and many more. A major therapeutic hypothesis is the possibility of restoring the integrity of BBB in such disorders/diseases, which could eventually be brought into a clinical setting. In this preprint, Mills et al. share their findings on the structural and functional plasticity of astrocytes upon astrocyte end foot separation from blood vessels.

The authors set out to understand the potential contribution of astrocytes in maintaining the integrity of the BBB. Using a 2Phatal focal ablation system (two-photon laser tuned for UV range detection used to induce single-cell apoptosis in Hoechst-stained target cells), astrocytes-of-interest from Aldh1l1-eGFP mice were targeted for ablation. Interestingly, BBB integrity was not lost in the process; instead, the structural plastic nature of astrocytes came to the rescue. Astrocytes near the targeted zone filled in for the loss by extending their processes, which remains a key demonstration of the importance of these cells in the maintenance of the BBB.

The authors also demonstrated a temporal difference between young and aged mice in this process. In mice aged 2-4 months, an endfoot replacement event occurred on average every 17 minutes before complete removal of the targeted cell, a phenomenon that is lost during normal ageing. In old mice, the same process happened almost a couple of hours after the complete removal of the targeted cell, which is suggestive of a relatively dampened plastic response of aged astrocytes.

Given the structural response of astrocytes involved the extension of its processes, it was logical to look for a possible case of astrogliosis bringing about the change. The pharmacologically active molecule AG490 is an inhibitor of JAK2, the kinase that phosphorylates STAT3. Subcutaneous injection of AG490 for a week attenuated the astrocytic response. As predicted by the authors, they uncovered the role of JAK/STAT signalling, an underlying cause of astrocyte reactivity, in mediating the phenomenon. This brings to our attention the protective functions of reactive astrocytes towards CNS homeostasis.

Focal ablation of a single astrocyte, however, becomes an artificial targeting approach towards understanding their structural plasticity. As such, the authors replicated a similar condition in mice with substantial physiological relevance, the Rose Bengal photothrombotic stroke model. Rose Bengal is a photo-sensitive dye that upon excitation with green laser forms clots. Upon focal stimulation post dye injection, this system faithfully recapitulates the pathology of transient ischemic attack (TIA), which causes focal apoptosis of cells. In such a system, surrounding astrocytes reached out towards the vacant BBB spaces with high fidelity to ensure an astrocyte-vascular continuum. Since TIA increases the possibility of a stroke, especially during older age, maintenance of the BBB integrity is of critical importance to lower stroke probability after an ischaemic event.

The reason behind choosing this preprint:

Glial cells have long been the underdogs of the nervous system. With increasing evidence of their roles in maintaining homeostasis in the brain, the prospect of diving deeper into the biology of these cell types is becoming brighter. The general idea of plasticity in the brain revolves around neurons, especially during the critical period of development. Getting insights into the structural plasticity of astrocytes could pave the way for better understanding several neurological disorders, including the ones affecting the BBB in the context of this preprint. Multiple sclerosis, Alzheimer’s disease, dementia, stroke, glioma are all conditions which adversely affect the structural integrity of BBB, and potential therapeutics targeting astrocytes towards being more ‘plastic’ can help ameliorate these conditions.