It’s not just the motor: multiple roles of the kinesin-6 Klp9 in mitotic spindle elongation. 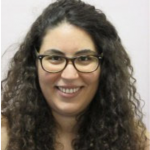 Mitosis is a multi-step process that relies on the proper organisation of the mitotic spindle and the correct capture of the chromosomes in order to segregate them into two daughter cells. Mitotic spindle assembly starts when the cell’s two centrosomes separate, establishing the two poles of the spindle. In many organisms, this step is achieved by the kinesin-5 that crosslinks antiparallel microtubules emanating from the two centrosomes and pushes them apart. Thus, kinesin-5 (Cut7 in fission yeast) is essential and its absence leads to monopolar spindles. At anaphase onset, the mitotic spindle starts to elongate to separate the two sets of chromosomes. In fission yeast, the kinesin-6 Klp9 is responsible for spindle elongation in anaphase.

It has recently been suggested that Cut7 plays a role in mitotic spindle elongation in later stages of mitosis (Rincon et al. 2017, Yukawa et al. 2017), but its essential function in early mitosis previously precluded the detailed description of this function. However, one former study has shown that Cut7 is not required for spindle elongation after anaphase onset (Fu et al.2009). It therefore became a necessity to analyse Cut7 functions in late anaphase in more detail.

In this preprint, the authors show that Klp9 plays two different functions in mitosis by collaborating with Ase1 and Cut7.

The authors performed in vitro experiments that describe the motor function of Klp9 and confirm that it is a processive plus end directed motor. They showed that Klp9 moves on MTs towards the plus end.

They next investigated the function of Klp9 in vivo. Klp9 has previously been shown to localise to the mitotic spindle midzone in mitosis. This localisation shifted to a more diffused distribution along the spindle when they used mutants of the motor domain of Klp9. These mutants displayed strongly reduced velocity in spindle elongation is anaphase. Similar results were obtained when Klp9 was depleted indicating that Klp9 plays an essential role in spindle elongation in anaphase.

During mitosis, microtubules bundling at the spindle midzone is essential for its stability. Ase1 is the main mitotic microtubule cross-linker in fission yeast. Interestingly, the authors confirmed that the double mutant Δklp9Δase1 is synthetic lethal, suggesting that Klp9 could play a similar function to Ase1. To identify the domains of Klp9 required for this function, they generated several C-terminal truncations of Klp9 in a Δase1 background. These genetic experiments allowed them to identify domains that are required for cell survival in absence of Ase1. Interestingly, the motor domain of Klp9 was dispensable in cells lacking Ase1 suggesting a motor-independent function of Klp9.

Using bioinformatic tools, the authors identified a nuclear localisation signal (NLS) in the C-terminal region of Klp9 and showed that mutating three conserved residues in this domain (KARAKA mutant) led to mislocalisation of Klp9 and synthetic lethality with Ase1. These experiments unraveled a new motor-independant function of Klp9 in parallel to Ase1 in spindle elongation in anaphase.

Finally, The authors demonstrated that Cut7 plays a function in spindle elongation in anaphase. To overcome the problem that Cut7 is essential in early mitosis, they generated new Cut7 mutants and screened for thermo-sensitivity suppressors in the absence of Klp9.

They identified a mutant carrying two mutations in the motor domain, cut7-122. By following mitosis in live cells, they showed that these mutations only impact Cut7 function in late mitosis. In contrast with the aforementioned results, they showed that the survival of this mutant relied on the motor activity of Klp9. These results confirm that Cut7, along with Klp9 plays a role in spindle elongation in anaphase. However, it remains unclear if this function is directly linked to Cut7 or if it is an indirect effect caused by mitotic spindle instability.

In this manuscript, the authors combine in vitro experiments, live cell imaging, and genetic tools to decipher the roles of different kinesins in mitosis. Using classical genetic techniques, they managed to overcome the difficulty of understanding the role of Cut7 in late anaphase. This was not obvious because Cut7 is essential in early anaphase, and previous Cut7 mutants would arrest in early anaphase.

I additionally enjoyed this preprint because it shows that fission yeast is still an excellent model to understand conserved mechanisms in a very detailed manner complementary to other organisms where these studies are not so easily performed.

– In Figure 4, the klp9Δ38 mutant seems to lose its localisation to the nucleus, despite the text stating that this localisation is not impaired in this truncation. Did the author perform quantification of Klp9 intensities at the nucleus of this mutant and of the other truncations?

– What is the localization of the cut7-122 mutant in late anaphase? Does this mutant display any delay in bipolar spindle formation?

– As a future direction, it will be interesting to determine whether the discrepancies in findings regarding a function of Cut7 role in spindle elongation are, in fact, due to an additional role of Cut7 in MT organisation. Assessing the spindle integrity or number of microtubules at the spindle in this mutant would be very informative.

Yukawa, M. et al. A microtubule polymerase cooperates with the kinesin-6 motor and a microtubule cross-linker to promote bipolar spindle assembly in the absence of kinesin-5 and kinesin-14 in fission yeast. Mol Biol Cell 28, 3647- 3659 (2017).