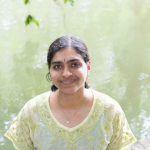 When animals encounter stressful situations, their response can be immediate (the flight or fight response) or longer term (molecular and hormonal adaptation). While the mechanisms underlying long-term adaptation to stress are better studied in terms of the brain regions involved [1], the neural basis of short-term response to stress remains less understood. The present study utilizes the zebrafish model system to identify the neural correlates of fast responses to stress.

In this preprint, Lovett-Barron et al.use a combination of whole brain neural-activity imaging of larval zebrafish, analysis of fast stress response behavior and multiplexed molecular signatures to delineate the neural circuitry that is involved in transducing the hypothalamic signal to a motor response.

The authors first demonstrate that fast responses can be quantified by measuring tail movements of larval zebrafish in response to stressful stimuli like salt, acidity and heat. To identify the brain regions involved in the processing of the above-mentioned stimuli and the execution of the fast responses, the authors performed whole brain two-photon Ca2+imaging on these animals as they responded to the various stimuli. They find that the preoptic hypothalamus and the forebrain are activated during this process. The hypothalamus plays a key role in long-term stress response.  It is composed of diverse neuronal cell types (often classified based on the expression and secretion of different neuropeptides/marker genes), making it challenging to correlate these neuronal subtypes with behavioral responses. The neuropeptides secreted by hypothalamic neurons include: oxytocin, vasopressin, somatostatin, neuropeptide Y, agouti-related peptide, thyrotropin releasing hormone and corticotrophin releasing hormone.

In order to understand the neuropeptide signature of the neurons activated by the stressful stimuli, the authors employ a modified version of a tool previously described by their laboratory: Multi-MAP [2]. In this technique, the authors first record brain activity upon exposure to the stimuli, and perform in situhybridization for 9 different neuropeptides (3 at a time followed by removal of these 3, and staining for another 3 and so on). From this analysis, the authors find that the neurons involved in fast response to stress are a pool of molecularly diverse neurons, rather than being characterized by a specific neuropeptide. There is hence, no direct correlation between the type of stressful event and the neuropeptide content of stress-responsive neurons in the hypothalamus. The authors further prove this by showing that optogenetic activation or drug-mediated ablation of clusters of neurons characterized by a single neuropeptide does not affect fast stress response. In contrast, a broader activation or ablation using a marker expressed by multiple peptidergic cell types (an almost pan-hypothalamic marker) is capable of perturbing the fast response.

In an attempt to trace the circuitry that mediates hypothalamic neuronal inputs to activate motor response (avoidance behavior), Lovett-Barron et al.injected fluorescent dye in the spinal projection neurons (SPNs), and found the axons from these neurons in the hindbrain. Further, hypothalamic reporter lines showed prominent projections to a specific set of spinal projection neurons called the rostral lateral interneuron 1 (RoL1). The authors then show that these neurons are activated during the stress-induced avoidance behaviour and their ablation affects this behaviour. This response was also perturbed by local application of a glutamate ionotropic receptor blocker, indicating that the RoL1 neurons are likely to be activated through glutamatergic neurotransmission. Supporting this idea, the authors found that a vast majority of the peptidergic neurons of the hypothalamus are indeed vglut2a+, a strong indicator that these neurons are glutamatergic.

To summarize, the authors identify, using a combination of techniques and young zebrafish larvae, the neural basis of fast response to stress. Hypothalamic neurons, which are involved in the slow response, are also involved in the fast response to stress. However, in contrast to many previous studies where single population of neurons, like oxytocinergic neurons, were studied in relation to their role in the stress response, it seems to be unlikely that there is a specific connection between the peptidergic identity of a cell and its role in the fast stress response [3]. Rather, glutamatergic neurotransmission through the hypothalamic neurons might be crucial for rapid avoidance behavior.

As the authors have pointed out in the manuscript, the neural basis underlying fast response to stress is not well understood, and the study addresses this caveat in the field. Specifically, we liked the following features of this study: