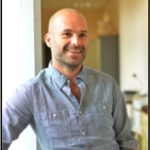 This preprint from the group of Jochen Guck combines tunable 3D hydrogels and polyacrylamide beads to study the impact of microenvironment stiffness on tumor spheroid growth.

It is well established that tumor cells can sense the mechanical properties of their environment, and that tumors are exposed to increasing compressive stress as they expand and push against their surrounding stromal compartments. Multiple studies, in particular in the context of breast cancer, also point to a correlation between increased stiffness and disease progression. Tuning and probing the exact mechanical properties of the microenvironment during in vitro tumor spheroid growth could thus be very informative in understanding tumor response and mechanosensing mechanisms.

In this paper, the authors exploit matrix metalloproteinase (MMP)-degradable PEG-heparin hydrogels to study the role of compressive stress on cancer cells. A very elegant aspect of the study is that the authors can tune the stiffness of the PEG hydrogels, which they can also carefully interrogate using pre-implanted polyacrylamide (PAM) beads that can be used as stress sensors.

They initially observed that tumor spheroid size inversely correlated with the stiffness of the hydrogels, suggesting that stiffer hydrogels induced higher compressive stress that could be sensed by the tumor spheroids. To test this idea, they used cell-sized PAM beads of controlled mechanical parameters that serve as stress sensors. Confocal imaging showed that beads were significantly deformed in the proximity of spheroids in stiff hydrogels only, suggesting that spheroids experience higher levels of compressive stress.

The preprint next investigates to what extent cells alter their mechanical properties in response to compressive stress. Atomic Force Microscopy (AFM) was used to measure the cells’ Young moduli (either as spheroid or as dissociated single cells). The authors showed that tumor cells grown in stiff hydrogels were significantly stiffer. Pharmacological approaches were used to target different cytoskeletal components and led to the identification of the ROCK kinase as the main driver of the observed cell stiffness increase.

The authors then used flow cytometry and FUCCI cells to assess the impact of stiffness on cell cycle and observed that stiff hydrogels induced a G1 cell cycle delay or arrest concomitant with a decrease in metabolic activity. They further identified CDK inhibitor p21 as responsible for this impaired cell cycle progression in response to microenvironment mechanics. They also used RT-fDC for precisely assessing mechanical properties of cells over the cell cycle to make sure that increased cell stiffness is actually due to increased compression and does not result from a side-effect of cell cycle.

In the final part of this study, the authors questioned the functional link between cell cycle progression and mechanical properties of tumor cells and performed various experiments with ROCK and p21 inhibitors. The authors finally conclude that compressive stress that is imposed by stiffer hydrogels affects the mechanical properties of the cells, making them stiffer, which then impairs spheroid growth in a ROCK- and p21-dependent manner.

The group of Jochen Guck elegantly incorporates novel tools that are PAM beads to a 3D spheroid culture method in order to probe mechanical properties in an in vitro environment mimicking the physiological environment of avascular tumors. The use of hydrogels offers many advantages over conventional 2D culture, the more important of all being that 3D culture represent a far more physiologically-relevant system. In addition, the hydrogels used feature degradable matrix, which is a key characteristic of physiological tumor microenvironments.

Polyacrylamide (PAM) beads represent a tool that has recently emerged and shown high potential for the study of mechanical properties of cell environments. Confocal imaging and analysis of the cell-sized beads deformation allows for precise characterization of mechanical constraints that the cells have to sustain in their environment. The uses for this tool will likely increase in a spectacular manner in the future, and the authors have here successfully incorporated it in an analytical pipeline that takes advantage of state-of-the-art 3D culture as well as traditional tools such as AFM.

A few questions remain open and could serve as exciting avenues of research in the near future:

– The method described in this preprint could be useful to study larger spheroids sustaining much higher levels of compressive stress, allowing to characterize the effects of compressive stress over the full lifespan of a “tumor”. Technically, it could also be interesting to functionalize hydrogels with stromal components such as extracellular matrix molecules (collagen, fibronectin, etc..), fibroblasts or immune cells.

– The study highlights that the dynamics of spheroid growth vs MMP release and matrix degradation are directly linked to the level of compressive stress that is experienced by the spheroids. With that in mind, these dynamics might be worth investigating further.

– The authors mention that there is room to further characterize the cytoskeleton reorganization that the cells undergo in response to compressive stress.

– Unexpectedly, larger spheroids were less compact despite compressive stress levels being higher. It seems that cells can handle compressive stress to different extents depending on their location in the spheroid. The authors suspect osmotic regulation to be involved in this phenomenon.

– It would be interesting to assess whether the tumor cell response to compressive stress is different in the spheroid center compared to its periphery. In addition, the elongation axis of PAM beads appears mostly parallel to the spheroid boundary: would it be possible to extract additional information on the mechanical stress (orientation) by performing such quantification and by integrating PAM beads within tumor spheroids? In addition, would it be possible to measure precisely the mechanical properties of tumors cells at the periphery of the spheroid and compare them to cells within the tumor core?

– Surprisingly, this system does not allow to assess invasiveness of tumor spheroids. Although it is not clear whether lack of invasiveness is due to the cell type that is used, such behavior could nevertheless be an interesting avenue to explore using tunable hydrogels.

– As mentioned by the authors, the mechanical properties of tumor cells is known to be altered during tumor progression. This study provides an exciting and potentially elegant approach for interrogating whether microenvironment-dependent alteration of tumor cells’ stiffness correlates with modified metastatic abilities.

– As noted by the authors, it would be interesting to identify the mechanical stress sensors allowing tumor cells to translate compressive stress into reduced proliferation.