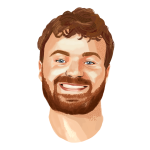 Congenital heart diseases (CHD) affect roughly 1% of all live births and are thought to be responsible for up to 10% of all pre-term, spontaneous terminations1 (Hoffmann and Kaplan, 2002). Enormous advances have been made in establishing the genetic bases for CHD. However, complex monogenic and oligogenic modes of inheritance, combined with vast genetic heterogeneity and potential environmental influences, mean that over 50% of cases remain unsolved.

At the root of many cardiac defects are genes that are involved in the development, formation and maintenance of the heart. In particular, cardiac-enriched transcription factors (cTFs),  were some of the first causal mutated genes associated with CHD2-4 (Schott 1998, Bruneau 2001, Garg 2003). In the developing heart, there is a core network of developmentally essential cTFs, including NKX2-5, GATA4/6, TBX5/20 and HAND1/2, which function together with other ubiquitously expressed factors, to orchestrate the complex and intricate morphogenesis required to build the 4-chambered heart. Removal of individual elements of this core cTF network, either via complete gene deletion in mice, or heterozygous loss of function mutations in humans (homozygosity is not tolerated, due to lethality), has catastrophic effects for the organism. Heterozygous mutations in cTF genes are thought to alter the function of the transcription factor and it’s surrounding regulatory network by altering the levels of the cTF itself. This causes abnormal co-operativity through changed protein-protein interaction (PPI) dynamics and diminished DNA binding. Although mutations in cTFs are known to be highly causative in numerous CHD pathologies, these variants are still poorly understood and explain only a small proportion of total CHD cases. This gulf in understanding disease causation means that novel ways of discovering and validating causal variants are critically needed, such as the systems-level prioritisation approach employed in this preprint.

Here, the Srivastava and Pollard labs take a novel, integrative approach to identifying CHD-causal variants, drawing on their considerable experience in cardiac developmental and computational biology, with the aim of uncovering new gene targets and providing insights into the broader mechanisms of CHD pathogenesis.

First, the authors developed a high-confidence, endogenous protein interactome of both of the critical cardiac cTFs, GATA4 and TBX5, using affinity purification and mass spectrometry in human induced pluripotent stem cell (iPSC) derived cardiac progenitor cells. These cells represent a cardiac mesodermal population, equivalent to the earliest stages of heart formation (the cardiac crescent and linear tube). Selecting this cellular population allowed the authors to develop an extensive PPI network of the early co-regulators and protein partners of both cTFs, using the SAINTq algorithm. The interactomes of both GATA4 and TBX5 showed little overlap, but a high degree of similarity in the types of interacting partners, namely, proteins involved in chromatin modification, transcriptional regulation and RNA processing and transport. PPI genes of both cTFs uncovered were significantly more likely to map to de novo variants in a CHD cohort as compared to control. Additionally, these PPI genes were highly intolerant to loss of function variation and haploinsufficiency, a feature common in developmentally essential and disease-causing genes. Interestingly, loss of function mutations in genes encoding chromatin modifying proteins have previously been shown to be enriched in a CHD cohort, as well as being highly associated with extracardiac anomalies, including neurodevelopmental delay5 (Homsy). This highlights the power of their integrative approach, and places genes involved in chromatin modification as new priority sites of interest to explore causal variation in CHD.

The second part of this study went on to prioritise variants mapped to PPI genes and validate one of the candidates selected, GLYR1, using a functional genomics-type approach. To prioritise candidates, the authors developed an integrative pipeline, which allowed them to score variants in their PPI genes by their predicted pathogenicity, expression in the developing heart, mutation frequency and degree of variant isolation in affected individuals. This scoring system prioritised many genes known to be causal (e.g. NKX2-5, TBX5), as well as novel genes, including BRD4, SMARCC1, NCOR2 and GLYR1. The authors decided to further investigate the GLYR1 variant, due to the similarity of the cardiac abnormalities with those seen in patients with mutations in GATA4. GLYR1 is a chromatin ‘reader’, involved in transcriptional activation through nucleosome demethylation and destabilisation. They showed that GLYR1 and GATA4 act synergistically in gene co-regulation using an NPPA-Luciferase assay. GLYR1 and GATA4 also co-occupy multiple loci across the genome during iPSC differentiation to cardiomyocytes, often at intronic regulatory elements of genes associated with heart development. Upon removal of either factor, using an siRNA-mediated knockdown, there was a loss of synergistic transcriptional activity in vivo, showing 10-fold lower expression of genes co-bound by both factors. Lastly, their prioritised GLYR1 variant (GLYR1P496L) altered the structural dynamics of the protein and prevented its interaction with GATA4, via alteration of the b-HAD domain, which led to an increased domain rigidity affecting its ability to homo- and hetero-dimerise. This variant, in turn, prevented the synergistic regulatory effect of both factors at the NPPA locus. Given the critical stumbling block of variant identification in furthering our understanding of the genetic mechanisms of CHD, this unique and simple approach offers a fresh perspective on disease causality, driven by fundamental knowledge of cardiac biology.

The uniqueness of this preprint is the simplicity of its design, grounded in cardiac developmental biology. They address an unmet need for unbiased, but biologically meaningful, identification of disease-causing mutations in CHD. The interactome data generated is a great resource to all and opens the possibility for other groups in the field to investigate causality of the newly identified PPI-genes in disease, as well as the fundamental roles of many of these proteins in the developing heart. Hopefully now, the authors’ integrative approach can be applied to other proteins essential for heart development, to further expand the repertoire of causal variants in CHD and better understand the mechanisms of disease. It is also feasible to envisage this approach being useful for understanding other congenital abnormalities in other tissues, that are, in part, driven by complex transcriptional networks.