When neurons are stressed, axonal transport dynamics are maintained by oligodendroglial exosomes, which requires the myelin proteins PLP and CNP 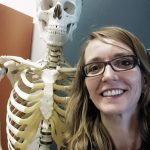 Neurons are large and energy consuming cells; to cover their needs, they require metabolic support provided by glia cells. To properly serve neurons, glia communicate with them through different mechanisms, including direct cell-cell contact, ligand-receptor interactions, and exosomes, which are extracellular vesicles (EVs) of 30-150 nm. Since recently, we know that exosomes shuttle proteins, RNAs, and lipids between cells and are of physiological and pathological relevance.

Oligodendrocytes, a type of glia, wrap around axons to form a multilamellar structure called myelin, consisting of lipids and proteins. The insulative properties of myelin facilitate the propagation of action potentials. In addition, oligodendrocytes are required for the long-term integrity of axons. Bi-directional axonal transport regulates protein supply and signaling between neuronal cell body and terminal, which is critical for axonal integrity. However, it is only partially understood how oligodendrocytes support axonal transport.

The authors performed in vitro experiments using small EVs (sEVs) derived from primary oligodendrocytes (OD) to treat primary hippocampal neurons. To visualize axonal transport, they performed live imaging of BDNF-containing vesicles after transfecting neurons with BDNF-mCherry. They showed that after 30 min treatment with OD-sEVs, BDNF-vesicles moved faster along the axon. More specifically, the total number of vesicles and direction of BDNF-particle movement (categorized as anterograde, retrograde, or static), and velocity did not change, whereas the pausing time in particle movement (percentage of pauses during total trajectory) was reduced by OD-sEVs. Previously, the authors demonstrated that OD-sEVs protect stressed neurons by maintaining their metabolic activity (Frühbeis et al., 2013). Now the authors examined axonal transport dynamics after stress treatment. Neurons were pre-treated with sEVs for 12 hours before they were exposed to oxidative stress (H2O2 for one hour) or nutrient deprivation (no B27 for three hours) in the presence of sEVs. In both cases OD-sEVs treatment decreased vesicle pausing time and evoked an increase of anterograde transport, concurrently decreasing the number of static vesicles. Retrograde trafficking was increased by OD-sEV-treatment in nutrient deprived but not in oxidatively stressed neurons. In conclusion, OD-sEVs protect neurons from stress by maintaining axonal transport dynamics (Figure, upper panels).

To investigate the role of OD-sEVs in vivo, the authors used Proteolipid protein (PLP) and 2’-3’-cyclic nucleotide 3’-phosphodiesterase (CNP) knockout mice which serve as model for glia-dependent secondary progressive axonal degeneration. PLP and CNP are myelin proteins and are enriched in OD-sEVs (Krämer-Albers et al., 2007). In their experiments the authors analyzed multivesicular bodies (MVBs, exosome-releasing compartments in the cytosol), in optic nerve oligodendrocytes of PLP and CNP knockouts. Electron microscopy revealed that PLP-KO had a 3 to 4-fold increase in the number of total MVBs compared to wildtype and CNP-KO. Moreover, in wildtype the subcellular localization of oligodendroglial MVBs was primarily adaxonal (close to the axon), whereas in mutant MVBs they were mostly located distant from the axon (in the cell body, the myelin, or abaxonal). Mutant oligodendrocytes secreted fewer sEVs as measured by particles per cell and immunoblotting of sEV-fractions for exosomal markers. Mass spectrometry of OD-sEVs demonstrated a high overlap of, and highly interconnected networks among, PLP-KO and CNP-KO up- and downregulated proteins, indicating a tight relationship between these proteins. The authors highlighted five genes Anxa5, Hsp70-2, Sirt2, Igsf8, and Fkb1A, which were among the top 10 downregulated genes in both, PLP-KO and CNP-KO. Western blot analysis confirmed a trend towards downregulation for Hsp70 and Igsf8 in both mutants, while Sirt2 and Anax5 were only reduced in PLP-KO (Fkb1A not tested).

Next, the authors addressed the question whether neurons receive sEVs derived from PLP or CNP deficient oligodendrocytes. The engulfment of PLP or CNP deficient OD-sEVs was demonstrated by applying a Cre-recombinase and floxed-stop GFP (hrGFP) reporter system. Cre or hrGFP expression constructs were AAV-infected into primary oligodendrocytes or cortical neurons, respectively. After their co-culture in Boyden chambers, neurons were quantified for GFP-expression. Neuronal fluorescence was observed in all cases; however, it was reduced by approximately 50% if oligodendrocytes were PLP or CNP deficient, likely reflecting the reduced production of exosomes. To investigate if mutant OD-sEVs have neuroprotective properties, the authors examined metabolism (MTT assay) and axonal transport (BDNF-mCherry). The metabolic rate of starved cortical neurons went back to control (unstarved) levels if treated with wildtype OD-sEVs, but was hardly altered by the addition of PLP or CNP deficient OD-sEVs (concentration adjusted). Similarly, treatment of hippocampal neurons with mutant OD-sEVs or wildtype astrocytic sEVs did not prevent the starvation-mediated reduction of fast axonal transport (Figure).

Figure: Kymographs illustrating movement of BDNF-mCherry positive vesicles. Neurons were starved (ND) and treated with wildtype, CNP-KO, or PLP-KO OD-sEVs or sEVs derived from wildtype astrocytes. Reproduced with permission from Figure 7b of the preprint.

In this preprint, the group of Eva-Maria Krämer-Albers demonstrates that in stress conditions OD-sEVs promote neuronal metabolism and axonal transport, which is essential for axonal maintenance. The myelin proteins PLP and CNP, which are enriched in OD-sEVs, play a crucial role in this process. Importantly, the genes of both proteins are linked multiple sclerosis, an inflammatory demyelinating disease, and if deleted in mice cause secondary axonal degeneration. Thus, their findings are of critical relevance for potential therapeutic interventions in neurodegenerative diseases and the prevention of axon degeneration. Indeed, exosomes are actively investigated as a therapy for brain disorders, but many challenges remain. Being an Alzheimer’s disease and ApoE enthusiast I became interested in exosomes during the SfN conference in 2014, when Guillaume van der Niel presented ApoE as a major component of a cap-like structure on exosomes of pigment cells that controls fibril formation of the premelanosome protein (van Niel et al., 2015). ApoE is mainly produced by astrocytes, and the Alzheimer’s risk factor ApoE4-isoform has been accused to compromise brain exosome production. Interestingly, the present study does not provide any evidence that astrocytic exosomes maintain axonal vesicle transport of stressed neurons. For future directions in the field it would be important to uncover the exact protein/miRNA/lipid profile of exosomes derived from different brain cells and to understand how they affect brain health and disease. The recently described exosome reporter mouse line (floxed-stop CD63-GFP) (Men et al., 2019) might shed more light on this issue in the future.

A: The neurons were analyzed at 3DIV because the transfection procedure (BDNF-mcherry) is performed before seeding of the neurons (other methods such as liposome-based transfection, which can be performed on older neurons, were not efficient enough). Regarding neurite outgrowth, we had similar ideas and performed some initial measurements of neurite length revealing no significant difference between treated and untreated conditions.

A: This is a tough question and goes to the heart of exosome/EV-research. Exosomes are complex entities delivering a multitude of molecules acting in concert. I think it is very unlikely that only a single exosome cargo is relevant for axonal maintenance. Imagine, you consuming an energy bar during exhaustive cycling to maintain your performance: in full support of all your needs, you take in an ideal mix of complex carbohydrates, proteins, electrolytes, vitamins etc, rather than simply glucose. There’s still a lot of work to be done, to identify the relevant OD exosome cargo and its specific functions. It could be different scenarios that are thinkable and that are consistent with our previous and current observations. For example, OD exosomes modulate signal transduction pathways such as the JNK and GSK-3 pathway (Fröhlich et al. 2014), known to regulate motor activity in axonal transport. In addition, exosomes may deliver enzymes that are relevant for metabolism (e.g. glycolytic enzymes) or for axonal proteostasis. Such enzymes indeed were found in our previous or present proteomic analysis.

We also would like to study, whether we can employ exosomes as therapeutic vehicles preventing axonal degeneration in myelin diseases, but we have to think very carefuly how to conduct such experiments.

A: No, we didn’t. For that, the repeated application of OD exosomes is required. Isolation of exosomes from primary oligodendrocytes is laborious and requires a large number of cells and it is difficult to retrieve enough material including appropriate control samples. We would prefer to conduct further experiments regarding long-term axonal maintenance in an in vivo (or ex-vivo) setting.