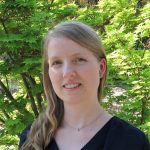 The frequent physical interaction between DNA and various proteins is an integral aspect of both the duplication and the translation of genetic information in all kingdoms of life. If one such transient interaction becomes stabilized either through exogenous chemicals or abortive reactions, the resulting covalent DNA-protein crosslink (DPC) needs to be repaired by dedicated mechanisms to prevent genome instability.

A well-studied example of a DPC is Topoisomerase 1 (Top1), an enzyme that relieves DNA supercoiling by transiently nicking the DNA, thereby creating a covalently attached reaction intermediate. If the reaction cannot be completed (e.g. in the presence of the Top1 inhibitor CPT), the resulting Top1 cleavage complex (Top1cc) needs to be processed and repaired.

Repair of Top1cc requires partial degradation of the bulky protein followed by processing of the DNA to remove any traces of the crosslinked protein. Tyrosyl-DNA phosphodiesterase 1 (Tdp1) can directly hydrolyze the bond between Top1 and DNA and does so most likely after initial proteolytic digest of Top1. Partial proteolysis can be carried out by the metalloprotease Wss1 (mammalian SPRTN) or the aspartic protease Ddi1, as well as the canonical 26S proteasome machinery. Following degradation, DNA repair pathways like nucleotide or base excision repair, or several nucleases fully repair the remaining DNA damage.

Posttranslational modifications such as phosphorylation, ubiquitylation, and sumoylation are implicated in regulating the pathway choice for DPC repair, but their exact function remains incompletely understood. For example, SUMO is conjugated to both Top1 itself and several DNA repair factors in yeast and mammals. While some studies show more efficient processing of Top1ccs upon sumoylation, others report an inhibitory effect of SUMO conjugates.

In the preprint highlighted here, the authors investigate this discrepancy and show that SUMO conjugation does indeed play a dual role in DPC repair and is regulated by the cell cycle. The work is based on a genetic interaction screen that the authors previously published (Serbyn et al, 2020).

SAturated Transposon Analysis in Yeast (SATAY) is an unbiased screen for both positive and negative genetic interactions in yeast (Michel et al, 2017). It relies on the excision and subsequent random genomic insertion of a plasmid-borne transposon followed by high-throughput sequencing of a large pool of transposon mutants. In this pool, transposon-free regions in the genome reveal essential genes (i.e. insertion of the transposon kills the cell), while overrepresented areas of insertion might show suppressive and beneficial effects. Using this approach in cells lacking both Tdp1 and Wss1, the authors were able to identify the Ddi1 protease as an important backup for Wss1 and the 26S proteasome in the removal of DPCs.

The previously published SATAY screen (Serbyn et al, 2020) identified SUMO pathway components as genetic suppressors of the growth defect observed for cells defective for Tdp1 and Wss1. This finding held true in validation experiments: A reduction of activity or complete loss of the SUMO ligase Siz2 rescued the severe growth defect and CPT sensitivity of Tdp1- and Wss1-deficient cells and led to a more efficient repair of Top1ccs.

Sumoylation of factors other than Top1 contributes to DPC repair

Surprisingly, the sumoylation target of Siz2 was not Top1 itself, and mutation of the known Top1 sumoylation sites did not rescue growth or CPT sensitivity of cells lacking Tdp1 and Wss1. Stable Isotope Labeling with Amino acids in Cell culture and mass spectrometry (SILAC-MS) was unable to identify strong candidate targets for Siz2-dependent sumoylation and the few DNA repair factors that did show reduced levels of Siz2-dependent sumoylation in the SILAC-MS data did not affect growth and CPT sensitivity of Tdp1- and Wss1-defective cells.

A well-studied site-specific DPC model system (the Flp-nick system) gave valuable insight into the dual function of SUMO at DPCs: ChIP-Seq experiments showed that tdp1Δ wss1Δ mutants accumulated Siz2-dependent SUMO in the vicinity of the DPC. While cells were in G1 phase of the cell cycle, sumoylation promoted repair of the DPC followed by removal of SUMO conjugates. But if sumoylation persisted into S phase in the absence of Tdp1 and Wss1, it delayed efficient repair.

The Model: SUMO has a dual role in the temporal and (potentially) spatial regulation of DPC repair

Initial sumoylation of Top1cc and its vicinity helps to recruit Wss1 and its partner Cdc48 to the site of damage to promote proteolysis. Sumoylation also recruits SUMO-dependent ubiquitin ligases that attach ubiquitin (Ub) chains as well as mixed Ub-SUMO chains to Top1 and other proteins to further promote degradation of Top1. One or several different nucleases then eliminate Top1 from DNA. Excess sumoylation that persists into S phase (in the absence of Wss1 or upon very high levels of Top1ccs) could block alternative replication-dependent proteases such as Ddi1 from accessing the DPC, thereby delaying efficient repair in S phase. SUMO conjugation to DPC sites thus controls temporal separation of competing repair mechanisms. But it might also exert spatial control of DPC repair: Some types of damage, such as DNA double stranded breaks, are known to localize to the nuclear periphery. Bound to nuclear pore complexes, the SUMO protease Ulp1 removes SUMO from proteins and could thus present a mechanism that restricts sumoylation and counteracts persistence of SUMO conjugates into S phase.

DNA-protein crosslinks present a severe obstacle for DNA replication, and different pathways are known to repair them. The presence of such redundancy and the strong need for faithful repair suggests that the pathway choice must be tightly regulated. SUMO conjugation has been previously reported to play both a promoting and an inhibitory role, but it was not clear in which situation either of those roles would be prominent. In this preprint, the authors present a plausible scenario for how SUMO can act either way. I am certain that further work based on this preprint will help to unravel the fine details of DPC repair. This will be especially important to help understand how acquired resistance to cancer drugs that cause DPCs (such as camptothecin or etoposide) can be overcome.

Indeed, we would expect that Flp-H305L chromatin immunoprecipitation cannot recover such one-ended double strand break DNA molecules. At the same time, these sequences will be detected in the input DNA. This bias will result in underestimation of Flp- H305L amounts in S-phase. This should be taken into consideration when studying the kinetics of Flp-H305L removal in different cell cycle stages within the same mutant. In our experiments, we did not focus on the comparison of the different cell cycle stages, but instead compared different genotypes using the same timepoint. Accordingly, the normalization for this possibility was not performed.

We have not utilized a mammalian model system in this work, but several recently published articles and preprints present evidence that support a conserved role of SUMO in DPC repair (1-3). A SUMO-dependent DPC protease GCNA was recently described in mammals (1), DPC repair was shown to be tightly controlled by SUMO-dependent ubiquitination (2), and SUMO was proposed to favor SPRTN-dependent DPC processing and simultaneously inhibit homologous recombination (3). Additionally, in line with our observation about cell-cycle dependent control of DPC processing, in Xenopus egg extracts a DPC undergoes extensive sumoylation if replication is inhibited (4).